Three American women and six children were murdered by the drug cartels in Mexico earlier this week. There is some suggestion that the underage girls were raped before being burned alive in front of family members.

Here is what the New York Times wants you to know about this story:

The brutal killing of 9 members of an American family in northern Mexico on Monday highlights the long history of religious fundamentalist settlers in the region. Our religion reporter, Elizabeth Dias, details their history back to the early 20th century. https://t.co/rfvtzdTN9i

Here is what the LA Times wants you to know:

U.S. victims in Mexico massacre were tied to family with a long history of violence https://t.co/tNUdw20wKx

These shocking victim-blaming stories are the latest attack on American values by the media.

Recently I got to have a great chat with Nic Gregoriades – a BJJ black belt and mentor to thousands of young men. Nic and I have known each other well for years and fell out of touch. In this podcast episode we talked about some important subjects including bullying. You can subscribe to Nic’s podcast here. 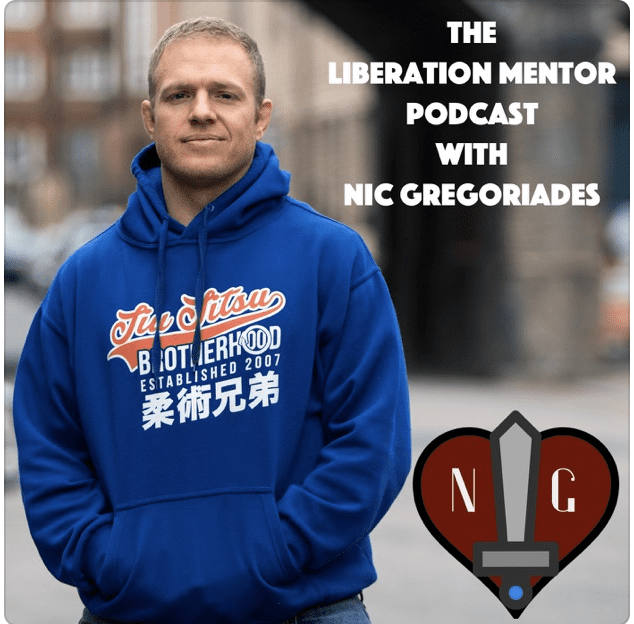 ABC News anchor Amy Robach was caught on tape admitting that ABC News killed a blockbuster story about Jeffrey Epstein in order to maintain its access to the royal family, according to leaked video obtained by James Okeefe and Project Veritas.

Robach writes in a prepared statement:

“As a journalist, as the Epstein story continued to unfold last summer, I was caught in a private moment of frustration. I was upset that an important interview I had conducted with Virginia Roberts didn’t air because we could not obtain sufficient corroborating evidence to meet ABC’s editorial standards about her allegations. My comments about Prince Andrew and her allegation that she had seen Bill Clinton on Epstein’s private island were in reference to what Virginia Roberts said in that interview in 2015. I was referencing her allegations — not what ABC News had verified through our reporting.”

“The interview itself, while I was disappointed it didn’t air, didn’t meet our standards. In the years since no one ever told me or the team to stop reporting on Jeffrey Epstein, and we have continued to aggressively pursue this important story.”

ABC suits said in their own statement:

“At the time, not all of our reporting met our standards to air, but we have never stopped investigating the story. Ever since we’ve had a team on this investigation and substantial resources dedicated to it. That work has led to a two-hour documentary and six-part podcast that will air in the new year.”

You can watch the hot mic video here:

The media for years attacked Mike Cernovich, whose open records lawsuit helped bring to light the sex trafficking networking involving Jeffrey Epstein. ABC did NOT join that lawsuit, and never credited Cernovich for his reporting.

How many children were molested because of ABC News?

How many women were trafficked/exploited/assaulted/groomed/solicited/pimped/scarred for life by Epstein and his support network of procurers, politicians, the rich and the famous, during the years when ABC and others covered it up? https://t.co/JzFTu55rXy

P.S. You can read more about Mike Cernovich here.

Read about Mike Cernovich, the author of this article, here.

“The pumps are almost too painful and the cardio boost is unreal,” is the message I sent the formulator of Gorilla Mode, the most fully-loaded pre-workout just released by Gorilla Mind.

Reading an article about a pre-workout might be a surprise to people new to Cerno.

It’s always interesting how people create a story about you, and this story is always based on a slice of time.

People who found me in 2016-2019 know me as a filmmaker and journalist who broke open the Jeffrey Epstein case and forced Congressman John Conyers to resign.

Yet to my core audience – I mean the REAL people, not the fakers – I’m the Gorilla Mindset guy. The guy who wrote the best ever mindset book.

Gorilla Mode puts every other pre-workout I’ve tried to shame, and my only criticism is that it’s too powerful.

No, that’s not some gimmick to make it seem edgy and attractive – THIS IS MUCH POWERFUL, DON’T TRY.

One full scoop of Gorilla Mode, and I am good to go. Two scoops amps me up way too much.

Why does Gorilla Mode work?

Gorilla Mode works because it contains a high dose of products proven to work. Most pre-workouts are pixie dust containing some taurine, vitamin B12, and caffeine.

If you know anything about supplements, you’ll notice the caffeine (higher than I’d prefer, which is why I usually only take 1 scoop), and the l-Citrulline. 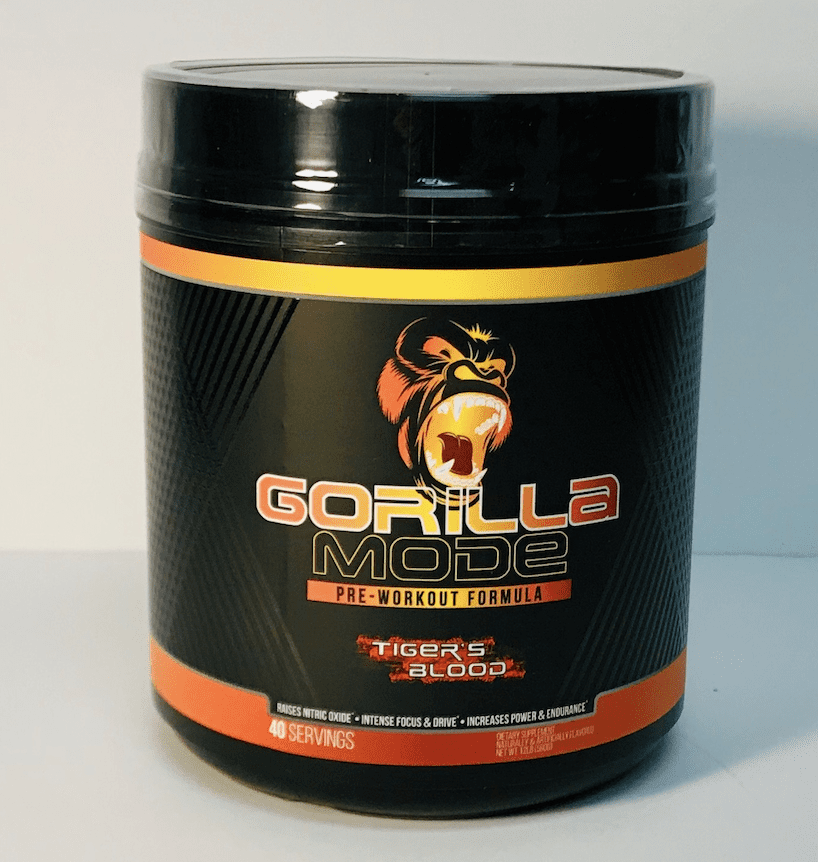 L-Citrulline has been shown to boost muscular endurance and improve heart health:

When it comes to heart and brain health, remember what Dr. Brett Osborn says, “You’re only as old as your arteries.”

Any compound that improves endothelial, such as l-Citrulline, will have major performance and health improving effects.

L-Citrulline increases vasodilation, which is why pre-workouts fully loaded like Gorilla Mode get your veins popping out (if you’re lean enough to show vascularity).

Most pre-workouts contain arginine for the “vascularity” effect, but studies show that the more expensive l-Citrulline works better:

Arginine is considered to be an essential amino acid in various (patho)physiologic conditions of high demand. However, dietary arginine supplementation suffers from various drawbacks, including extensive first-pass extraction. Citrulline supplementation may be a better alternative than arginine, because its only fate in vivo is conversion into arginine.

Gorilla Mode also contains a daily dose of creatine. Creatine is probably the most studied performance enhancer and it’s not debatable that creatine improves exercise function and performance with minimal side effects.

L-Tyrosine is one of the best “nootropics” someone on a budget can use, and in fact if a person can’t afford Gorilla Mode, they would notice a nice “boost” by taking 2-3 shots of espresso with 1,000 mgs of l-Tyrosine.

L-Tyrosine, like creatine, has been studied in detail, and has benefits such as preventing stress and improving mental and physical performance.

L-Tyrosine to alleviate the effects of stress?

The main effects of L-tyrosine that have been reported are acute effects in preventing a decline in cognitive function in response to physical stress. The physical stressors include those of interest to the military, such as cold stress, the combination of cold stress and high-altitude stress (i.e., mild hypoxia), extended wakefulness and lower body negative pressure stress (designed to simulate some of the effects of space flight). Doses of L-tyrosine in these studies ranged up to 20 g, many times the normal daily dietary intake. In one study, L-tyrosine was given at a dosage of 2 g per day for 5 days during a demanding military combat training course; it improved various aspects of cognitive function relative to placebo.

You can spend all day digging up studies on l-Tyrosine:

Effect of tyrosine supplementation on clinical and healthy populations under stress or cognitive demands–A review.

Consuming the amino-acid tyrosine (TYR), the precursor of dopamine (DA) and norepinephrine (NE), may counteract decrements in neurotransmitter function and cognitive performance. However, reports on the effectiveness of TYR supplementation vary considerably, with some studies finding beneficial effects, whereas others do not. Here we review the available cognitive/behavioral studies on TYR, to elucidate whether and when TYR supplementation can be beneficial for performance. The potential of using TYR supplementation to treat clinical disorders seems limited and its benefits are likely determined by the presence and extent of impaired neurotransmitter function and synthesis. Likewise, the potential of TYR supplementation for enhancing physical exercise seems minimal as well, perhaps because the link between physical exercise and catecholamine function is mediated by many other factors. In contrast, TYR does seem to effectively enhance cognitive performance, particularly in short-term stressful and/or cognitively demanding situations. We conclude that TYR is an effective enhancer of cognition, but only when neurotransmitter function is intact and DA and/or NE is temporarily depleted.

As you’re starting to see, Mode really is fully loaded.

L-Citrulline increases nitric oxide in the body, leading to improved blood flow. And then you have GlycerPump, which is what makes you look super thick and tight (and also get out an extra rep or two due to improved leverages) added in.

Along with l-Tyrosine, and so much more.

Gorilla Mode is fully loaded with several other compounds that increase focus and boost energy and performance.

You can read more about Gorilla Mode here.

Jake Tapper and CNN’s guest Richard Spencer had a horrific meltdown after one of his followers murdered a person at their rally. The Richard Spencer audio is surprising because I’d never heard of an “octoroon,” and because Spencer is completely unhinged.

He does not have the Gorilla Mindset. 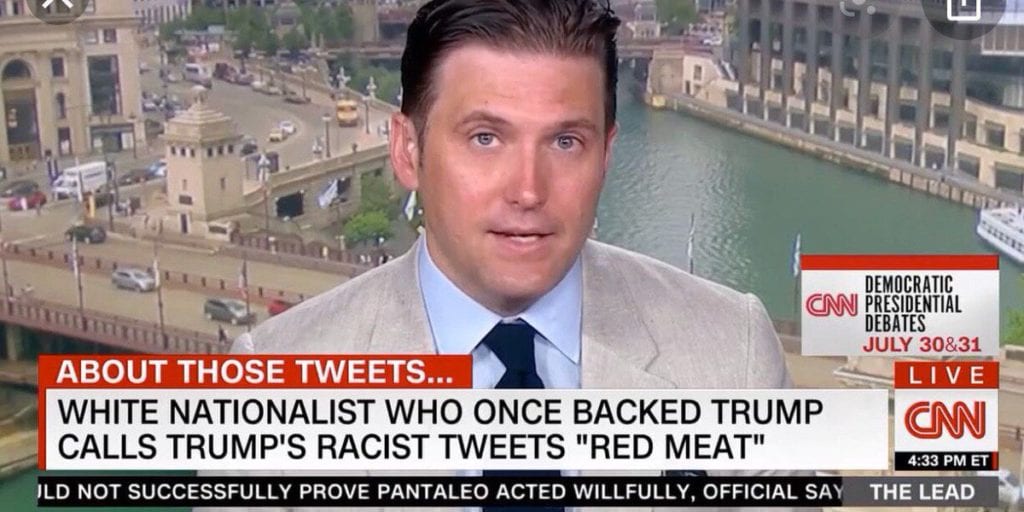 The bigger point is that the media has banned many people while inviting on Richard Spencer. Fake news is often less about outright hoaxed stories like Covingtongate, but is more often about manipulating the narrative. Prop up someone like Spencer to discredit nationalism and populism in America.

You can listen to the audio here: