You are here: Home / Culture / Columbia University Protest organizer Joel Davis sentenced to prison for sex with a minor

Columbia University Student Joel Davis, who organized a protest against Mike Cernovich’s talk about Columbia, has pled guilty to having sex with a minor. The NY Post reports:

Davis wrote for the Columbia Spectator, a student newspaper that attacked Cernovich with the most vile of smears.

Writing for the Columbia Spectator, Joel Davis wrote in agreement with those who tried getting Cernovich banned from Columbia:

For the Columbia University College Republicans who organized the event, this seems to be a motivating principle. If you look at the list of speakers they’ve invited, which includes Dinesh D’Souza, and …. Mike Cernovich, almost every speaker can be understood as a reaction to Columbia’s liberal slant, transforming the act of hosting a speaker into a political statement. We seem to have forsaken questioning whether these events are even intended for the moderates among us, or if the speakers are even interested in what students have to say.

Now one of their Columbia Spectator colleagues is going to prison for being a pedophile.

The Columbia Spectator is a platform for pedophiles. Joel Davis’ articles remain up on their website here. (Archive here.) 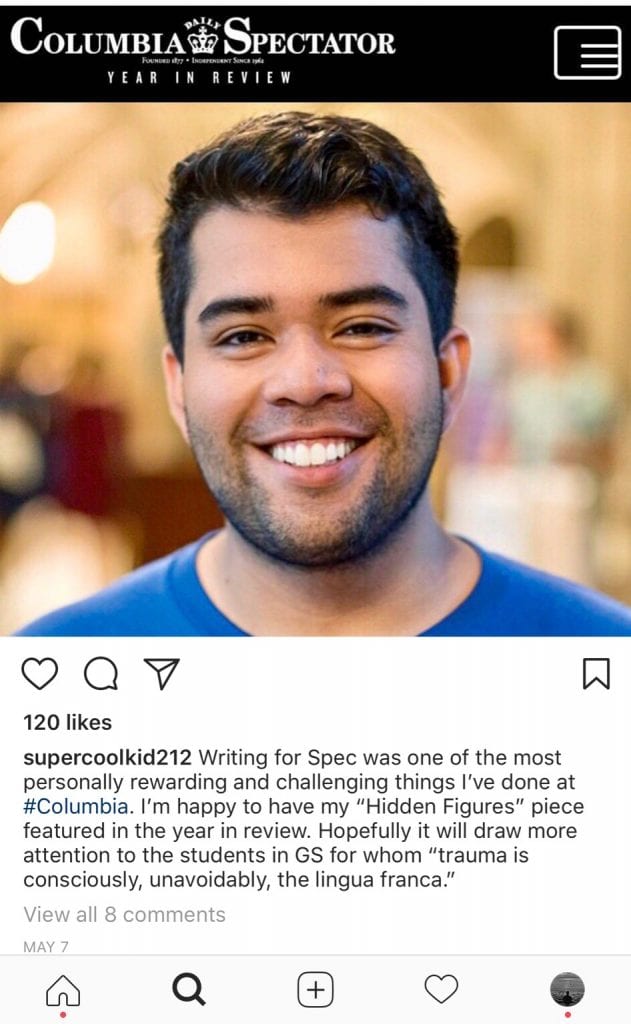 Joel Davis is the latest Cernovich stalker to be sentenced to prison.

ANTIFA thug David Campbell was sentenced to 18 months in prison for attacking a Jewish man outside of a Cernovich event.

We won’t rest until all of you demented freaks are in prison.