Is it the war on beauty or the war on Christianity that led social justice warriors to dox and harass a Christian nurse for suggesting that drinking water and going to bed early would do more to help prevent anxiety than going out partying and consuming alcohol?

After this video was posted by a Twitter user, who has since locked her account, social justice warriors began stalking and harassing the nurse. 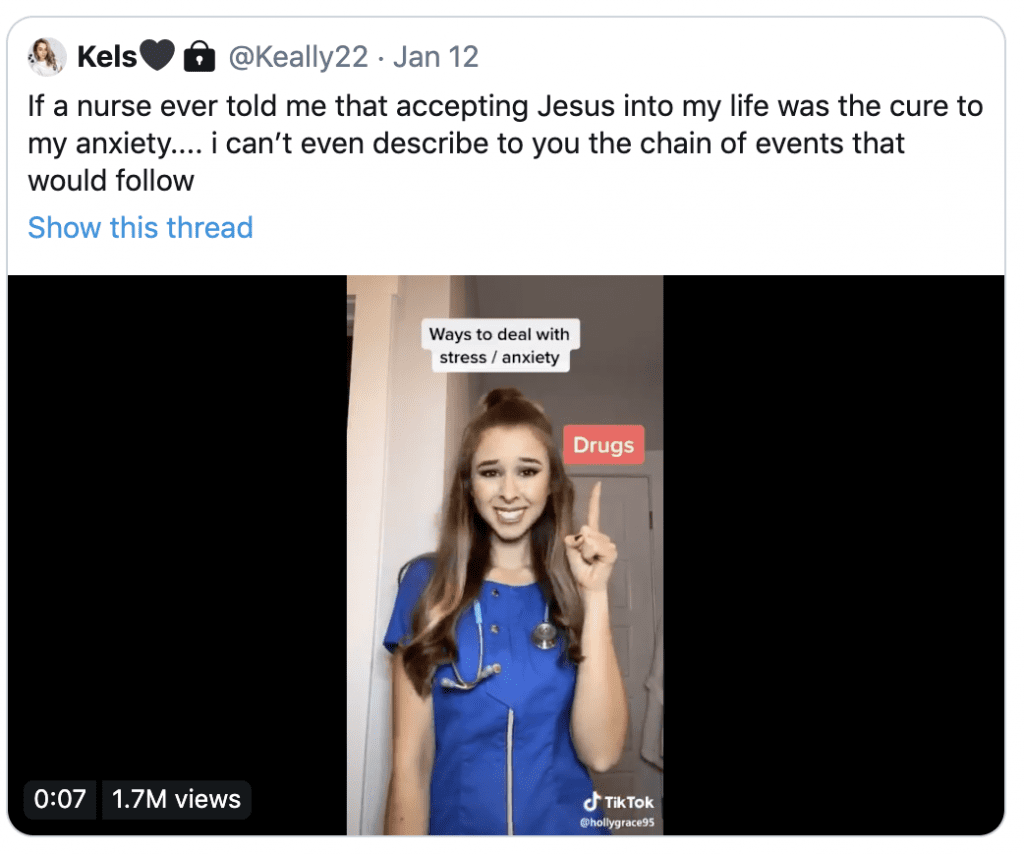 The nurse deleted her social media accounts due to threats she received.

The social justice warrior who led the hate mob has since set her own account to private.

No other reporter would cover this story, because it doesn’t give them ammo to attack people like the Covington boys.

CNN last week was forced to settle a defamation lawsuit brought against the network by the students the network singled out for harassment and threats.