You are here: Home / Archives for Podcast

There are thousands of hours of video footage of me, and no one has ever seen me angry. (Occasionally I’ll put on affect for a stunt.) What is my secret? Why can’t anyone rattle me?

Find out in the latest Mindset Squared Podcast, which is also available on iTunes here.

This was an interview I wasn’t prepared for as we went into childhood and other subjects.

Listen to the interview below (or subscribe on iTunes), 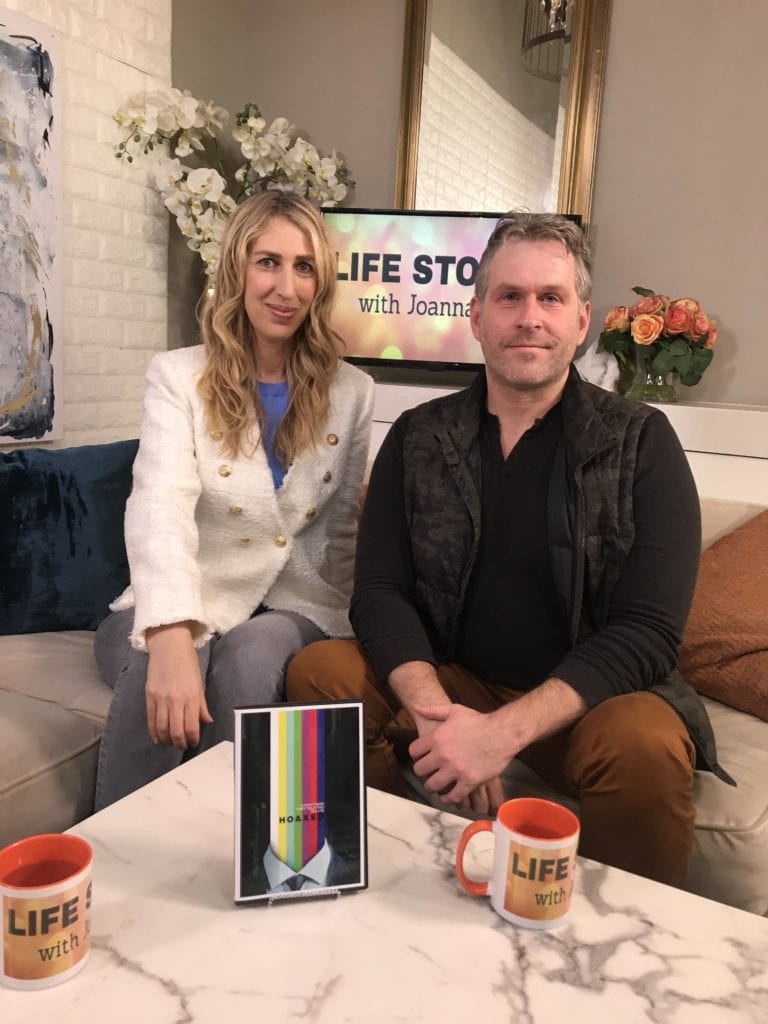 You can read her book Big Miracles: The 11 Spiritual Rules for Ultimate Success here.

With so many podcast episodes each week, you may not know where to start. Here are the top 10 listened to episodes of the podcast in 2019:

5. How to Win Big by Starting Small

6. How to Use Fasting for Fat Loss and Spiritual Awareness

7. What Do You Wish You Had Learned Sooner

You can subscribe to the podcast for free here on iTunes and here on Spotify.

Jay is back to talk all matters testosterone-related in the latest podcast episode. Listen to it here on Spotify or on iTunes here.

The back library of TRT podcasts is available at Rokfin here.

You can also load up your smart phone / mp3 player with several more recent episodes:

For the full back catalog of podcasts, join Rokfin here.

Scott Adams, whose comic strip Dilbert celebrated its 30th year in print, explains the true nature of reality to you in his interview for Hoaxed.

Disguised as an autobiography, How to Fail at Almost Everything and Still Win Big is one of the best books on mindset you’ll ever read.

Although How to Fail at Almost Everything does not mention mindset once, the title itself is an inside joke to students of mindset training. Adams immediately signals a growth mindset by treating failure as part of the path to winning big. Adams failed again and again (he goes into great detail) and yet he is a world-famous multi-millionaire with immense personal freedom.

Unlike most people, Adams did not treat his failures as end points. Adams treated losing as an opportunity for personal growth.

Failure can be a short-term event in your life. Or it can be a mindset. It’s your choice.

Create a Model of the World.

Adams takes a similar approach to Munger, building his book around his model of the world:

Many of Adams’ concepts will sound familiar, as he and I seem to share a similar outlook to how the mind works. Adams also uses many of the same techniques covered in Gorilla Mindset.

Why Do Adams’ Affirmations Work?

Adams uses affirmations in his life and like the rest of us realized that affirmations are powerful. Before releasing his first book, Adams made an affirmation: “I, Scott Adams, will be a number one best-selling author.” Sure enough, he hit #1 on the New York Times best seller list.

Yet Adams remains skeptical of affirmations, or at least he pretends to for his audience. Often times the book felt like it was written defensively. Adams spends pages telling his audience that what he does might not work. I suspect that Adams has written about his thought processes only to find himself attacked by “skeptics,” haters, and other toxic people.

Adams believes his affirmation worked because he used them only when he had a 100 percent desire for success.

When you speak an affirmation, you hold yourself accountable.

Affirmations provide a singularity of purpose by proving a clear vision for what you want in your life. This improves your focus.

When you say, “I will [accomplish some goal,” your mind will start to demand of you, “What have you done today to bring yourself closer to your goal?”

I bet Adams put more time into selling books than he would have without the affirmation. I bet he avoided distractions. I bet he did not talk to negative people. He didn’t have time for drama. He focused on living his affirmation.

Affirmations have less to do with woo-woo alignment with the universe and more to do with your own alignment of your conscious and unconscious minds.

For example, my affirmation was, “I will sell 10,000 copies of Gorilla Mindset in its first year.” For a first-time indie author, that’s a lot of books. But I’ll hit that mark in 3 months.

When I repeat that affirmation, my self-talk changes to something real and concrete. “What have you done today to sell books?”

Treat your affirmations like commitments rather than empty promises, and you too will succeed.

A lot of questions like how to find your life purpose and discover your talents are answered. Adams has a fascinating approach that I hadn’t considered.

To find your talent as an adult, think back to what you did as a kid. What do you enjoy doing before you had any obligations or responsibilities?

As a kid I liked reading and running my mouth. Sure enough, that’s my talent and it’s also how I pay my bills.

Another great tip from Adams is to quit quickly: “Things that will someday work out well start out well….Small successes can grow into big ones, but failures rarely grow into successes.”

Scott Adams’ Boring Success Formula
You have to read between the lines for the boring (yet common) reasons Adams succeeded.

He didn’t quit his day job to “follow his dreams.” Adams worked full time even after Dilbert took off. He didn’t lose that source of income until he started doing speaking gigs, which became a river of income.

He worked long hours. He woke up at 4 a.m., went to work, and then worked on Dilbert at night. Those of you who “don’t have time” to follow your dreams are looking for excuses. No one has time. You make it.

He never gave up. He had a career-ending issue arise with his hand. He found a solution. He also had a problem arise with his voice. He kept searching for answers until he found one.

He has a growth mindset. Adams views challenges as opportunities for growth. The very title to his book signals this.

He choose himself. Dilbert had stalled after the syndication company quit promoting it for other shiny comic strips. Rather than cry about how no one would promote him, Adams went to the Internet to promote the strip on his own. “The turning point for Dilbert came in 1993 after I started putting my e-mail address in the margins of the strip.”

He separates hate from criticism. Adams got a lot of nasty feedback. He learned to separate critics from haters to find out what his readers wanted. “They all preferred the comic strip in which Dilbert was in the office.”

He’s a driller. Remember what the wrestlers say, “Drillers are killers.”Adams wanted to charge what in his view was an obscene speaker’s fee. He practiced asking for this fee out loud by himself until he was comfortable requesting it from others.

He built his network. One person can change your life. Adams made a small fortune by asking a friend about how the speaking game works. (Books are your best friends, and Scott Adams becomes your friend in his book.)

(Inside baseball: I use a lot of the language patterns Adams uses, and thus wasn’t surprised he is a fan of Erickson hypnosis.)

Adams plainly shares my influences. I thus wasn’t surprised to see him mention hypnotist Milton Hyland Erickson. (The Persuasion Reading List by Scott Adams.) I use hypnotism in my writing and also in conversations. I recognized certain patterns of speech immediately.

Read this line from Adams’ book: “You already passed the first filter for success. By reading this book you’ve established yourself as a seeker of knowledge….Your decision to read this book is confirmation that you are a person of action who has a desire to be more effective.”

Now compare that with this paragraph from Gorilla Mindset: “You now have all of the tools you need to live your life. You understand mental strategies like self-talk, framing, mindfulness, and state. You are able to change how you think and feel, leading to improvements in your personal and professional lives. You also realize that mind and body are connected.”

UPDATE: I interviewed Scott Adams. We talked about persuasion, marketing, his book, and Donald Trump.

Scott Adams on Donald Trump, Mindset, and How to Win at Life: Part 1

Scott Adams on Trump, Mindset, and Winning at Life: Part 2