You are here: Home / Culture / Watch the Video the Media Doesn’t Want You or Kanye to See

When Kanye West tweeted out 9 clips from a recent Scott Adams Periscope, the media didn’t do what it always doesn’t to: Not one journalist watched the video Kanye posted. Think about how significant that is. If Kanye posted 9 video clips, shouldn’t the story be: What was in the video?

But that is not how our media works. Journalists do not critique or respond to ideas. They character assassinate people they don’t like.

The media is terrified of what will happen if you watch this video.

Most of our problems are mental, not physical.

Scott Adams began talking about the Golden Age in an earlier video, where he said:

You have a country that is off-balance because we moved from a place where facts rule the world to where facts do not rule our world. We live in a non-factual, mostly-subjective world… Once you start realizing how much of an illusion we are all living in, you can start to deal with your reality with a better understanding of it.

We’re entering a period where our biggest problems are simply psychology, simply the way we recognize our reality and the way we deal with it. If we can just figure out how to be friends and how to work together in a positive way, we have an opportunity within the next 100 years to be something so special that it’s almost indescribable….We’re on the cusp of this, but we’re not there.

In the West, you’re not going to die from starvation, polio, or malaria. We live in a time of nearly limitless abundance. And yet people are angrier and more miserable than ever. People are imposing limitations on themselves in others by living in mental prisons.

Adams built on his idea of the Energy Shift in a video directed specially to Kanye – “Scott Adams tells you how Kanye showed the way to The Golden Age.”

Another mental prison is “that the problem has to be the solution. It’s a prison if you think the only solutions are things that are closely related to the problem.” In American history, white people owned slaves, and thus the solution to slavery was for white people to stop owning slaves.

What can be done to combat racism today? Who can solve this problem?

“The last mile, no matter whose problem it is, can’t be solved by white people….Candace’s realization is that the problem and solution is disconnected….Only the people who have the problem can solve it.”

“Kanye knows history doesn’t repeat, he’s not a prison of the mind, he knows the problem is not the solution.” 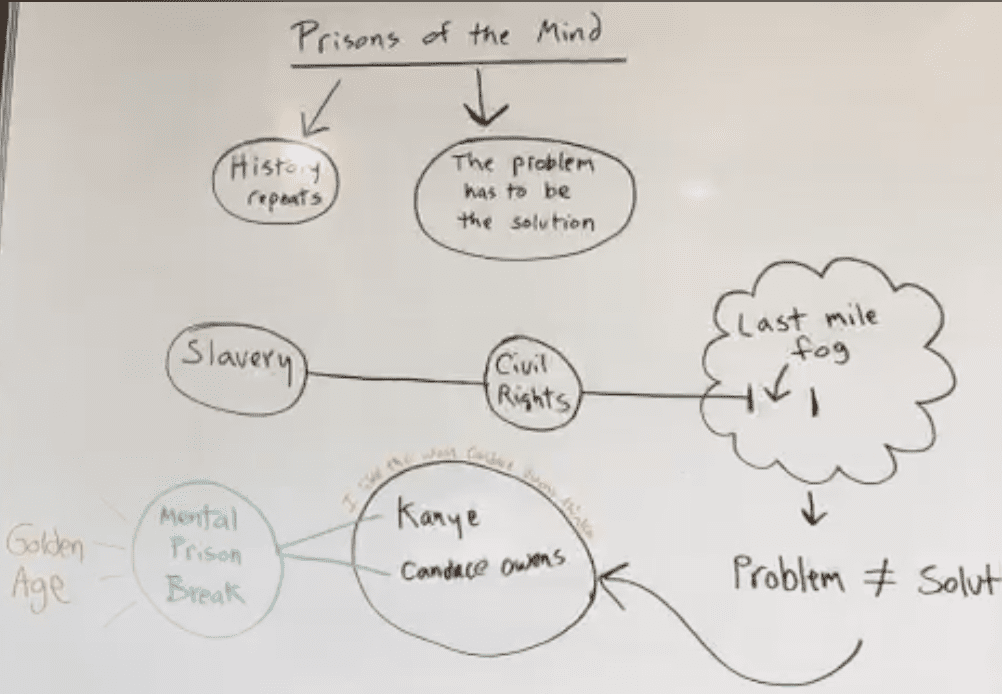 “YOUR past is your future is a mental prison.”

If world history doesn’t repeat itself, why do you believe your past is your future?

Pay attention to those fake news articles about Scott Adams. How many of them address his current ideas? They dig up decades’ old material, which is then taken out of context.

Scott Adams is a

Now look at this headline.

The media wants to hold Scott in the mental prison of the past. He won’t stay there, and neither will Kanye. 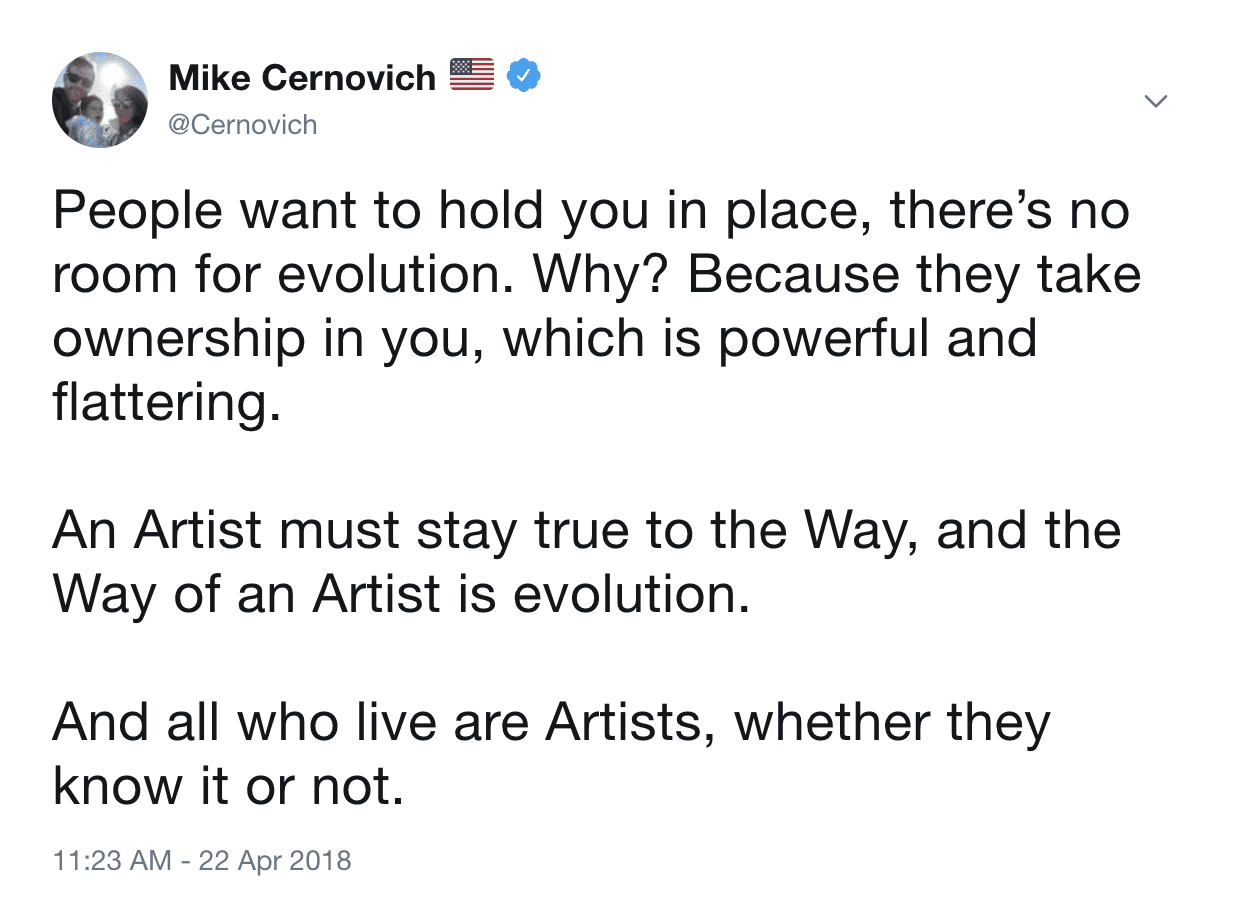 Now ask yourself: Who benefits most from having an outraged and angry population?

Scientific studies have shown that outraged-based articles in the media receive 3 times the traffic as honest articles. The media depends on clicks and eye balls to sell advertisements. Do they want people talking?

Advertisers solve mostly fake problems. Do advertisers want us talking to one another about solutions to human problems?

What would happen if Kanye and Candace led the way on racial issues? That would put a lot of professional outrage groups out of business.

UPDATE (April 30, 2019): “The world took a negative turn in 2017, with global levels of stress, worry, sadness and pain hitting new highs. During a solid year of economic growth, the U.S. kept this negative trend going into 2018. Higher levels of stress, anger and worry nudged Americans’ overall Negative Experience Index to 35 — three points higher than any previous score to date.”