Connor Murphy was reportedly taken into custody for what has been deemed ayahuasca-induced psychosis. To say I am skeptical of such a diagnosis would understate matters. Given Murphy’s dishonesty about his past drug use, we might wonder if he were on substances such as MAOI / SSRIs that absolutely you cannot be on if using ayahuasca. Regardless of our full understanding of the situation, Murphy’s situation raises important issues about ayahuasca.

When I had seen that Murphy returned from a retreat claiming he was God, every alarm went off.

Immediately I knew that Murphy entered the retreat setting with the wrong state of mind, and without proper guidance and integration. No responsible shaman would let someone leave in the condition Murphy was in.

It appears Murphy went to an ayahuasca retreat without taking the necessary shamanic-recommended preparations. Early Western users of plant medicine called these preparations “set and setting.” Set is your mindset going in and setting is who you’re with.

Set and setting include a diet the week before a retreat, and a lot of time alone asking yourself:

Ayahuasca isn’t something to jump into. It’s better to take months preparing for the journey.

Despite my positive experiences with plant medicine, when people ask me if they should seek ayahuasca, I tell them all the same truth: The medicine will find you when you are ready.

Who ayahuasca is for, it’s not for everyone.

Group 1. Do you have deeply held trauma, which manifests itself in ways that lead to destruction of relationships? Do you self-harm? Do you feel deep anger? Do you think you may commit suicide? If so, then the risk-reward of ayahuasca might be worth it. Do the reading, find a responsible shaman. (There are many resources online for this, do not ask me such questions.)

Group 2. Have you spent years doing breath work, meditation, and manifestation training? Are you now willing, after years of work, to go deeper into the spiritual realm?

If you’re not part of one of the above groups, you shouldn’t do ayahuasca absent some other compelling reason.

I happened to have fallen into group 2. Ayahuasca has been one of the most rewarding experiences of my life, and also the most horrifying. The medicine forced me to confront behaviors and patterns of thoughts that I had deeply buried inside myself. I even uncovered hidden trauma.

Murphy saw his shadow self.

Connor Murphy made his career by continuing the tradition of using massive amounts of anabolic steroids to get jacked and ripped – and then lie about it. The “fake natty” genre existed in my gym bro days, and it will always exist, just as get-rich-quick scams will always exist.

As I followed Murphy’s journey, I noticed someone full of deceit and trickery.

In one video, he said he would finally address the “fake natty” claims. Rather than come forward with honesty, love, and light, asking for forgiveness (or even just acknowledging the truth, after all, who cares if he juiced), Murphy instead uploaded a video full of arguments people think lawyers would make. Well how do you define natural? If I ate a GMO cereal once, am I natural?

It was one of the most dishonest videos on any subject I had ever seen. It was obvious that he would hit a wall soon.

Murphy was lying, and he was lying while also under the use of plant medicine.

His behavior led to his psyche disintegrating.

Ayahuasca has been scientifically studied for decades, and it’s benefits are well-documented.

People who don’t understand anything about the world claim that ayahuasca can lead to a “bad trip.” They always have some “story” they heard, or they read a story like Murphy’s without understanding the deeper dynamics.

You can find dozens of studies for yourself. Ayahuasca has tremendous psychological and spiritual benefits. When used properly, there is no “bad trip.”

Many years of shamanic wisdom have indicated potential therapeutic uses for ayahuasca, and several present day studies suggest that it may be useful for treating various psychiatric disorders and addictions. The side effect profile ap-pears to be relatively mild, but more detailed studies need to be done. Several prominent researchers believe that government regulations with regard to ayahuasca should be relaxed so that it could be provided more readily to recognized, credible re-searchers to conduct comprehensive clinical trials.

Nevertheless, our findings of increased well-being and less problematic alcohol use amongst ayahuasca users, compared to their classic psychedelic using counterparts, lends limited support to the notion that ayahuasca may prove to be an important and powerful adjunct for the treatment of depression and alcohol use disorders. Well controlled studies of ayahuasca must be therefore be conducted in order to rigorously test its safety and efficacy within psychiatric disorders.

Therapeutic potential of ayahuasca in grief: a prospective, observational study:

Our results suggest that the ceremonial use of ayahuasca has therapeutic value by reducing the severity of grief. Acceptance and decentering are both psychological processes that mediate the improvement of grief symptoms.

Modulatory effects of ayahuasca on personality structure in a traditional framework:

The results demonstrated significant increases in agreeableness pre- and post-ayahuasca administration and significant reductions in neuroticism in 24 participants, relative to the comparison group. Both of these changes were sustained at 6-month follow-up, and trait level increases were also observed in openness at this stage. Additionally, greater perceived mystical experience (measured using the Mystical Experience Questionnaire 30) was associated with increased reductions in neuroticism.

Influence of Context and Setting on the Mental Health and Wellbeing Outcomes of Ayahuasca Drinkers: Results of a Large International Survey:

In conclusion, we identify that aspects of setting (ceremonial practices and additional supports) and set (individual motivations) appear to have significant effects on drinkers’ acute experiences, likelihood of experiencing difficulties with integration, and longer term wellbeing and mental health outcomes. Noting the complexity in attempting to quantify and measure the multifactorial inputs relating to the consumption of ayahuasca in ceremonial contexts, we identify limited evidence for the superiority of one specific set of practices. However, tangible and intangible supports that provide a sense of safety and support in the ceremonial context, and preparation activities were found to be particularly important.

To our knowledge, this is the first controlled trial to test a psychedelic substance in treatment-resistant depression. Overall, this study brings new evidence supporting the safety and therapeutic value of ayahuasca, dosed within an appropriate setting, to help treat depression.

Ayahuasca is love, but you should go into the experience with a great deal of respect, even “fear.”

My own experience with plant medicine goes back well over a decade. I am experienced. And each time I look down at the bitter brown tea, I am terrified.

How can you not be afraid?

You’re about to lose complete control over yourself. Whether we truly hold this control, or whether our control is illusory, is irrelevant. Free will or the illusion thereof is gone.

This fear sets in even though ayahuasca is a way to meet God and feel pure divine love.

Ayahuasca is central to a spiritual practice and also reveals Jungian archetypes within.

Ayahuasca reveals the shadow – that part of yourself that isn’t fully integrated into a higher self. The anger, which can be fuel when used as passion, but also can be self-destructive and lead you to be manipulated into conflicts, drama, and gossip. The fear, which keeps us also but also holds us back from taking adventurous risks. The power, which we can use to heal the world and so often use to harm others who “deserve” it as we see the world in an Us v Them paradigm.

You must approach ayahuasca with respect and a pure divine intent, and even then, you may have the worst night of your life.

Connor Murphy will make a full recovery if he receives proper treatment from a professional who understands shamanic practices and psychological integration.

Murphy ran from a part of himself that he despised, may he look at that part again and seek acceptance and universal love.

I often tell myself that my life shouldn't be a cautionary tale, but I carry scars - some you see and some you don't. Some are buried deeply into my soul beyond my own insights. I've also had objective success in life that would have been … END_OF_DOCUMENT_TOKEN_TO_BE_REPLACED

Are "magic mushrooms" for filthy hippies who have checked out of life, or is there more to the story? Fantastic Fungi suggests the answer is yes in a wide-ranging documentary on psilocybin. Loaded with mainstream, normie voices like Michael Pollan … END_OF_DOCUMENT_TOKEN_TO_BE_REPLACED

Today a trial court denied Patreon's motion for a preliminary injunction. Patreon lost their lawsuit in court and must not proceed to arbitration. (Read the Court's order here.) Patreon, a platform popular with podcasts, journalists, and comedian … END_OF_DOCUMENT_TOKEN_TO_BE_REPLACED

"If Trump is nominated, the GOP must keep him out of the White House," Tommy Tuberville's senior adviser Rob Jesmer Tweeted, in a series of anti-Trump, pro-amnesty Tweets going back years. An investigation into Tuberville staff shows hostility … END_OF_DOCUMENT_TOKEN_TO_BE_REPLACED 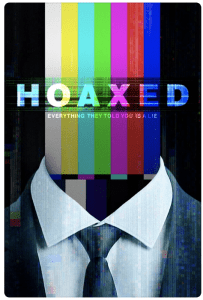 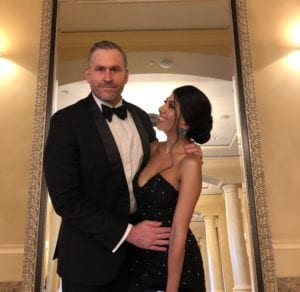