You are here: Home / Mindset / What No One Tells You About Fame

“Are you Mike Cernovich?!” Why yes, I am. And now I’m here to talk with you about fame.

You will never have a deep emotional connection with another person (with some exceptions).

When you’re famous, your secrets have currency. “Friends” will leak to the media for a quid-pro-quo or out of a Girardian / mimetic desire to hurt you.

(Rene Girard in a sentence: People don’t know what they want, so they’ll try destroying you to take what you have.) 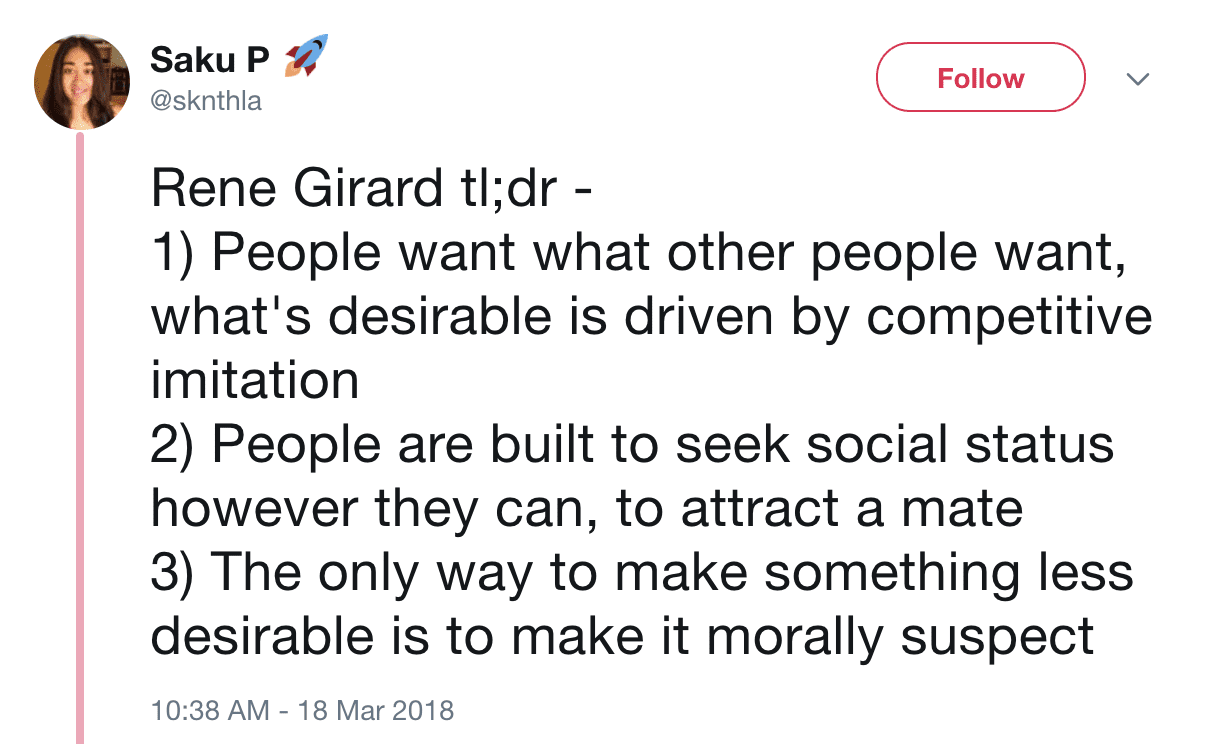 Why do you think famous people only hang out with other famous people? If everyone in the room is famous, then everyone has a shared interest in secrecy.

But famous people rarely go deep even with other famous people, because you never know what might leave the room.

Human connection is the sine qua non of the human experience. When you lose the ability to connect through shared stories and mutual vulnerability, you lose what it means to be human. This is also why famous people often have breakdowns, failed relationships, and sometimes vanish to the wilderness.

The people you get to know today will feel betrayed tomorrow if you stop giving them adequate attention. It’s simply not human nature to say, “I got to know that person for a while, and then we all moved on. Good times!”

People will become emotionally attached to an idealized vision of you, and if you don’t answer their emails quickly enough, they’ll start to say, You’re too good for me now, huh?

One young man I spent hours helping years ago and helped avoid suicide still stalks me because he felt betrayed when I stopped answering his emails. (Hey, I saved the guy’s life. I don’t need to swap stories all day every day about nonsense.)

I thought it was nice to answer emails, but the replies kept coming, and how can I keep up? People take your inattention personally. Everyone thinks they are the center of the universe, and how dare you not drop everything you are doing to listen to their bullshit.

(I’m going to be a bunch of emails and texts from people asking if the above paragraphs are about them. That is how self-absorbed people are. They can’t read an article, empathize with me, and instead will make it about themselves.)

Your fans will think they own you.

Do you know what it’s like to have a job where a boss is always telling you what to do? Multiply that by millions, and you’ll understand what it’s like being famous. Everyone will tell you what you should be doing with your life, and they believe they have the right to order you around.

You won’t make as much money as you think.

Outside of A-list superstardom, fame converts poorly to dollars. To make money online, you want to build a niche.

Everyone loves to “mock” Gorilla Mindset, but it’s my seminars and coaching and consulting that keep the lights on.

In fact, I would make more money if I quit doing journalism and media stuff today. (Which, yes, leads one to ask what the f-ck I am doing with my time.)

People will set you up in honey pot operations.

If you’re a famous man, you think there must be some “perks” to fame. Remember that people who are attracted to you for your fame aren’t honorable people. Maybe someone is trying to frame you, or trap you, or is simply insane. Look at how many men are losing their livelihoods based on the flimsiest allegations. Ryan Lizza went from top dog at the New Yorker to nothing, based on stuff his ex-girlfriend said, which had nothing to do with his employment.

You can’t talk about being famous, because that’s a humblebrag and douchey.

No one will tell you the severe burdens of fame, because they are afraid of being attacked. Oh, you think you’re important now?!

The need to destroy is the animating force of humanity.

Tomi Lahren joked that her dog was being noisy, and she “kicked” her five times. She told this on her Instagram, and as we all know, she adores that dog.

And you wouldn’t actually kick a dog on live TV, as the dog would yelp. (Someone is going to ask how would I know this, it must be because I kicked a dog!)

However that one joke got her called all sorts of names, and even PETA went after her.

You can’t make mistakes, as social media hate mobs will stalk you forever.

Venture capitalist Marc Andreessen used to share his insights freely with the world. Then one day he said something inaccurate, and sort of stupid. Rather than have people say, “Welcome to being human,” the mob scalped him. Now he lays low, which he should. 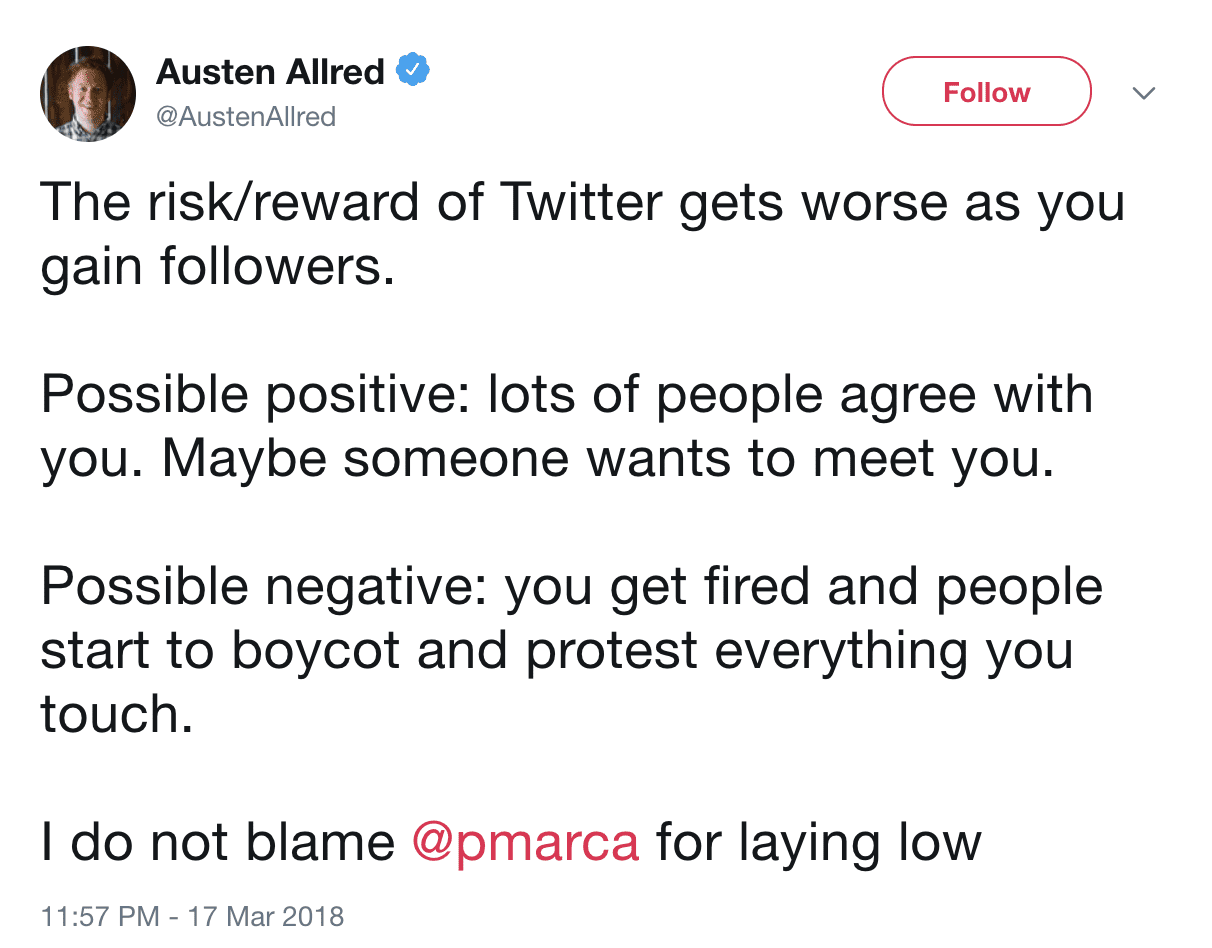 Four young Jewish women were no-platformed because their mom is controversial speaker and writer Pamela Geller.

For the rest of their lives, these Jewish women will have people who monitor their every move. When they book a venue, stalkers will start calling in death threats. And that’s not even because of what they said, this viciousness is because of whom their mom is!

I tell all of my famous friends to stay off social media. Don’t post anything except maybe inspirational quotes or links to your events.

The upside benefit is low, and the downside risk is your livelihood.

Fame re-wires your brain, and you’ll forever be “chasing the dragon.”

Because I never wanted fame, it hasn’t affected me. Friends and I joke about how silly it is, and people who meet me all say, “You don’t act like you’re famous!’

This is because fame didn’t hit me until a few years ago. My brain was fully developed. And since I never wanted fame, it’s “Meh” to me.

If you get famous when you’re younger, it’ll re-wire your brain. You’ll become addicted to fame. You’ll obsess over your image, Google and Twitter name search yourself obsessively, and it will feel like weeks of agony if people aren’t talking about you for a day.

Fame will become a drug, and like any junkie, you’ll do anything to chase the dragon of a high. This will lead to short-term impulsive decisions that will harm you for the rest of your life.

People will get angry at you for making a living.

I started a new company to help people develop an edge in life.

And you know what happened.

The same thing that happened when I wrote a book. People got angry, and let me know I was selling out.

HOW DARE YOU SELL ANYTHING?!

The reason people can read for free is because others buy books, attend seminars, and try out Gorilla Mind.

Rather than be grateful, most people get resentful.

Yes, most people get angry. At me. Someone who provides value for people, for free, simply for offering products and books that others may voluntarily buy.

Thankfully I tell those most people how I feel, which is that they need to Get The Eff Off My Website.

And thank you to the generous many who support me. 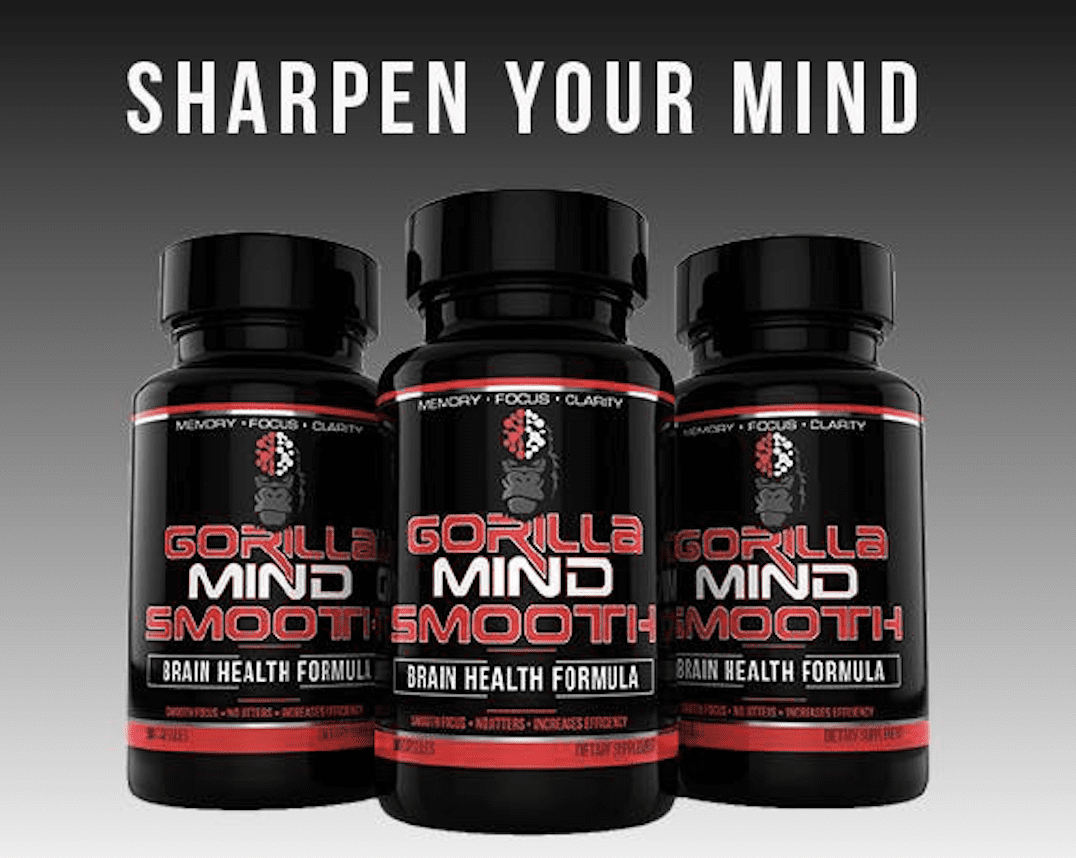 Why I Made Myself Famous

As a shy introvert, I remained anonymous for years. I then read a book by Frank Kern, and in this book, he explained that in America, people only respect you if you’re a celebrity.

Fame is influence, and America is heading in the wrong direction. In the UK, people go to prison for jokes. Germany is a police state. Pedophile gangs are allowed to roam freely. What will happen to America if I do nothing?

I made myself famous because that was the most effective way for me to serve my country in the current times. 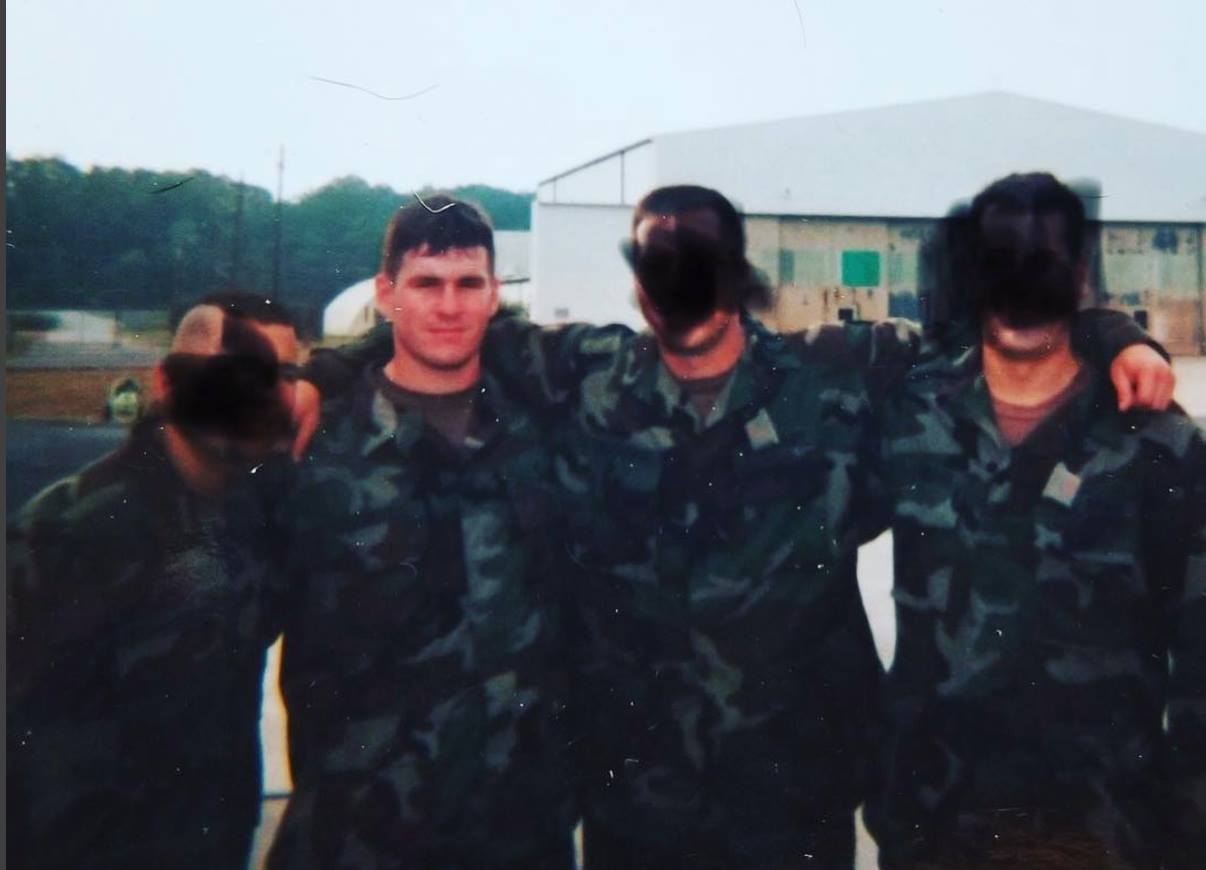 The downsides are considerable.

But yesterday I was walking in Old Town San Diego and saw a great young man with his girlfriend. We had a nice chat, and these are common.

My “fan base” (I hate using that word) includes the best people this country and world have to offer. People everywhere smile and thank me.

Knowing great people love me, and that together we are making the world a better place, offsets the considerable downsides of my fame.

And I view my role as a Founding Father (or Mother). They risked their lives for freedom. I am fighting and risking my life for a cause greater than myself, and the downsides of fame are simply a cost of being a patriot.

Unless you want your life to be upended, do not seek fame.

And if you do become famous, know the risks. 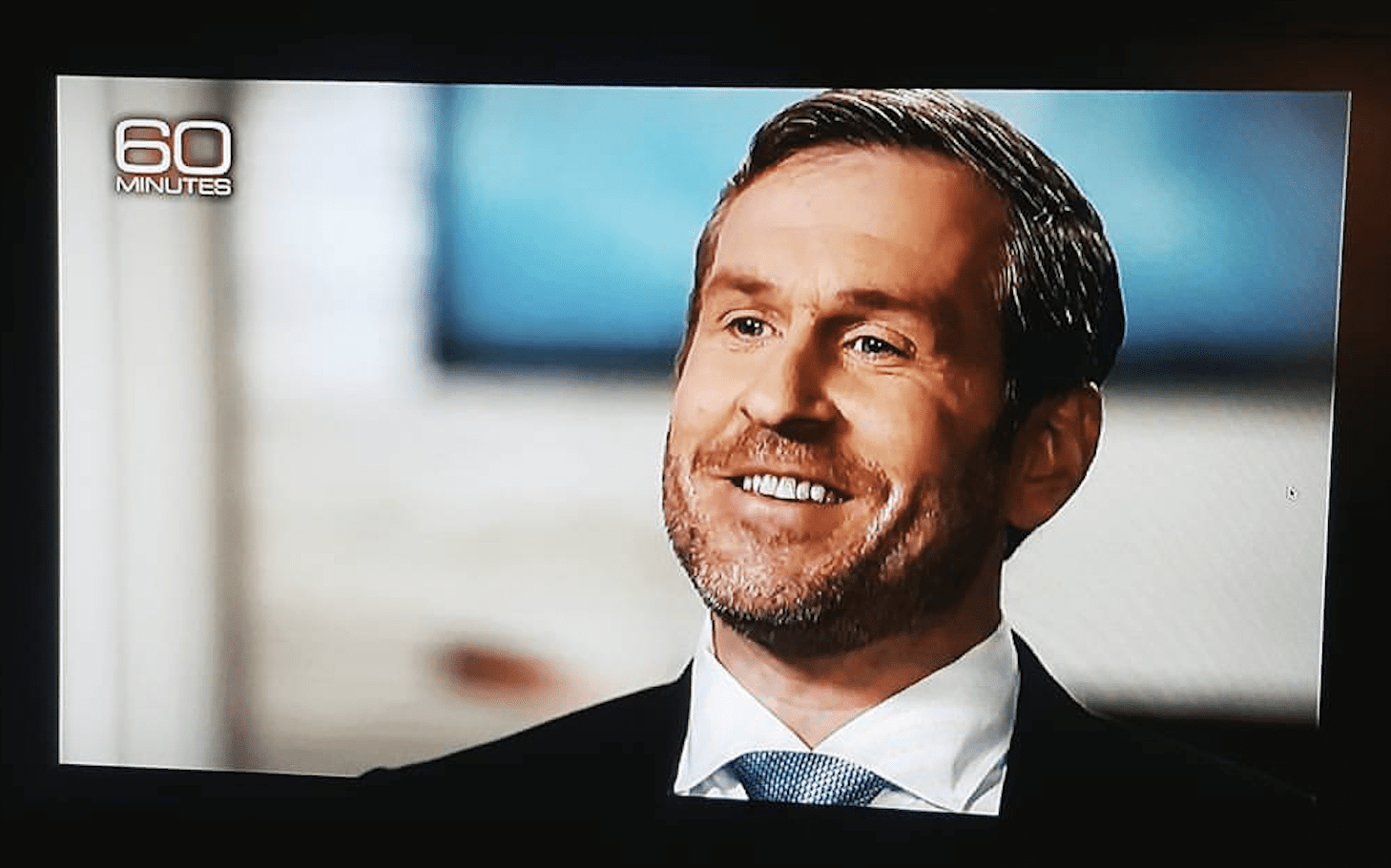