Max Boot, a Never Trump’er, who called sex trafficker and terrorist Abu Bakr al-Baghdadi courageous, today Tweeted in defense of the Trail of Tears and the internment (concentration camps) of Japanese Americans.

In a deleted Tweet posted earlier today, Boot wrote, “Nixon was guilty of abusing his authority, but he didn’t subordinate foreign policy to personal interests. Other presidents – from Jackson’s Trail of Tears to FDR’s internment of Japanese-Americans – trampled our values, but they had a public purpose.” 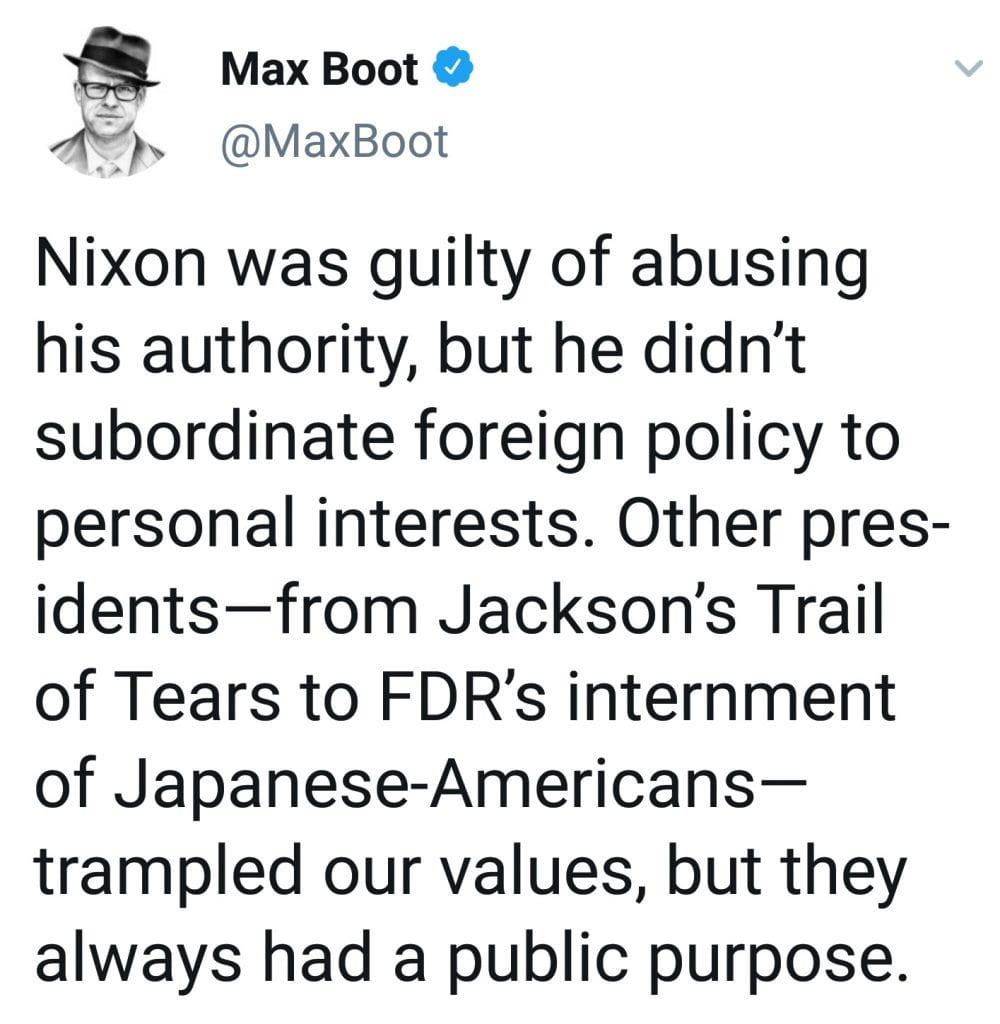 If there is a historical precedent for this egregious misconduct, I’m not aware of it — and Trump defenders haven’t found one either. President Richard M. Nixon was guilty of abusing his authority, but he didn’t subordinate foreign policy to his personal political interests as Trump has. (He did secretly urge South Vietnam not to join peace talks in 1968 to aid his campaign, but he wasn’t president then.) Other presidents — from Andrew Jackson with the Trail of Tears during the 1830s, to Franklin D. Roosevelt with the internment of U.S. citizens and noncitizens of Japanese descent during World War II — have trampled on our values, but they always had a public purpose and usually had congressional support. 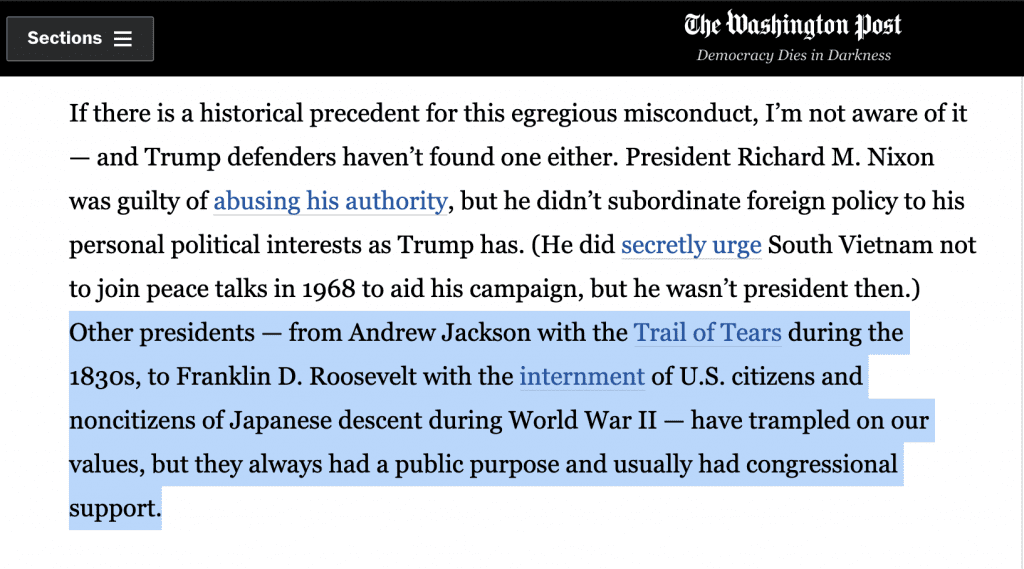 Max Boot, a prominent Never Trump’er, seemed to be making the hackneyed Trump-is-worse-than-Hitler argument. His unhinged defense of concentration camps was disavowed by conservatives and liberals alike.

Will Max Boot be asked about this next time he is on CNN or MSNBC? https://t.co/38Pi1RJKI6

This is such a bizarre argument, by Max Boot.

Like, at least the horror we inflicted on the indigenous population was approved by Congress.

Not to go all Godwin, but other Bad Things globally were also for a 'national interest.'https://t.co/ubep1qoRw5 pic.twitter.com/vPqul8Sf75

I thought we'd hit peak stupid with "weirdy" body-language analysis, but we've now moved on to Trump's Zelensky call being worse than the Trail of Tears or Japanese internment. #peak #murica https://t.co/1nEu5QiFLf

WaPo's Max Boot previously defended a terrorist leader, claiming it was brave for Abu Bakr al-Baghdadi to blow his family up in a suicide bombing.https://t.co/flxz3hilD8

CNN contributor Joe Lockhart admitted to making up a conversation between Republican Senators today on Twitter. CNN just settled a...