The jury forewoman in the Roger Stone case said the following under oath: “So I recall just hearing about [Roger Stone] being part of the campaign and some belief or reporting around interaction with the Russian probe and interaction with him and people in the country, but I don’t have a whole lot of details. I don’t pay that close attention or watch C-SPAN.”

ROGER STONE JUROR: “I don’t pay that close attention” to political developments in the news

ALSO ROGER STONE JUROR: I watch Meet the Press *re*-runs and CNN in the airport*

*(Not even Chuck Todd and Brian Stelter do that) pic.twitter.com/bYJSIjumy7

During Jury Selection all jurors were asked this question:

Question 23 on the Jury Questionnaire asked:

Juror Tameka Hart had posted dozens of times about the Special Counsel investigation into Trump and other related matters.

Juror Tameka Hart posted about the defendant Roger Stone himself.

After the pre-dawn raid on Roger Stone, where FBI SWAT team members showed up to Roger Stone’s home, many questioned why this force was used.

Juror Tameka Hart had this to say about the raid on Roger Stone. 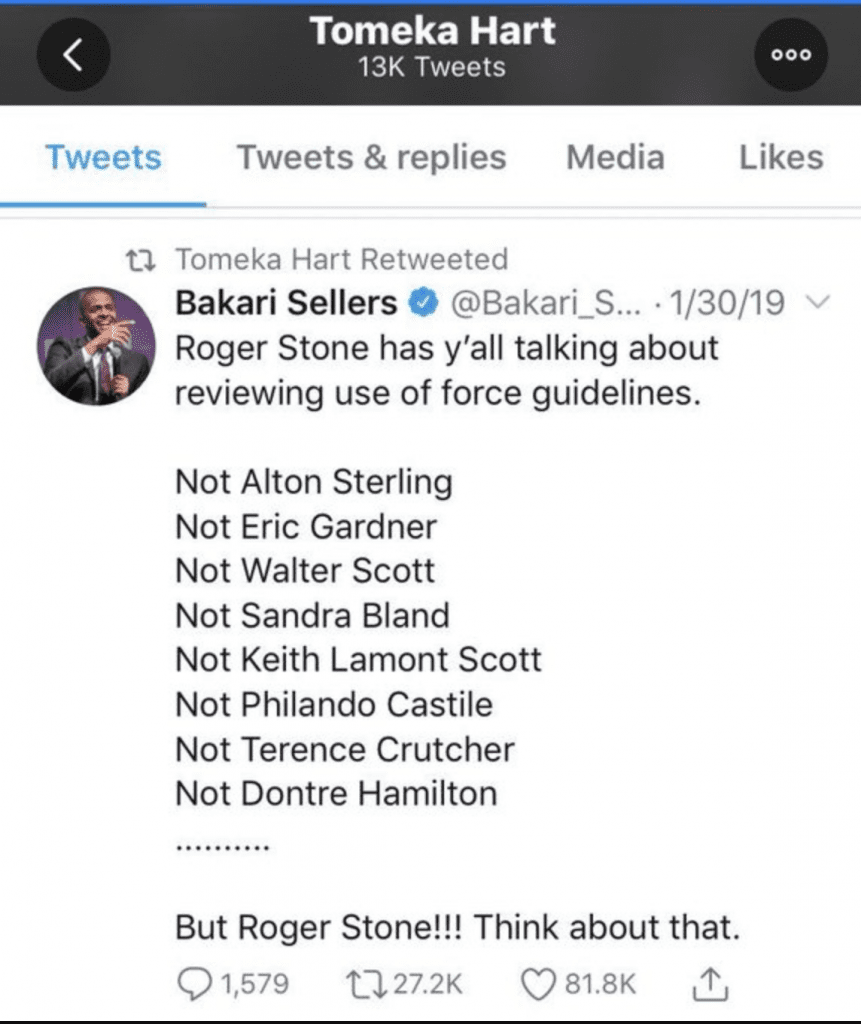 What did the juror answer on this questionnaire?

On that Roger Stone juror –

Of the utmost importance will be her responses to these juror questions on:

(1) Social media and the Mueller investigation

If she answered in the negative… things will get interesting.

We will have more developments on this story soon!

Read our prior reporting on the Roger Stone jury here.