Rumors regarding the make-up of the jury that voted to convict Roger Stone floated around, but no reporter would publicly identify the juror. One juror has revealed herself in a CNN story:

(CNN) A juror on the Roger Stone trial said she wants to “stand up” for the four prosecutors who withdrew from the case in response to their sentencing recommendation being changed by Department of Justice leadership.

Tomeka Hart said she had remained silent about the case for months out of concern for her safety and “politicizing the matter.”

Ignoring the numerous indictments, guilty pleas, and convictions of people in 45’s inner-circle, some Republicans are asserting that the Mueller investigation was a waste of time because he hasn’t found evidence of… https://t.co/HxDodwFxFF 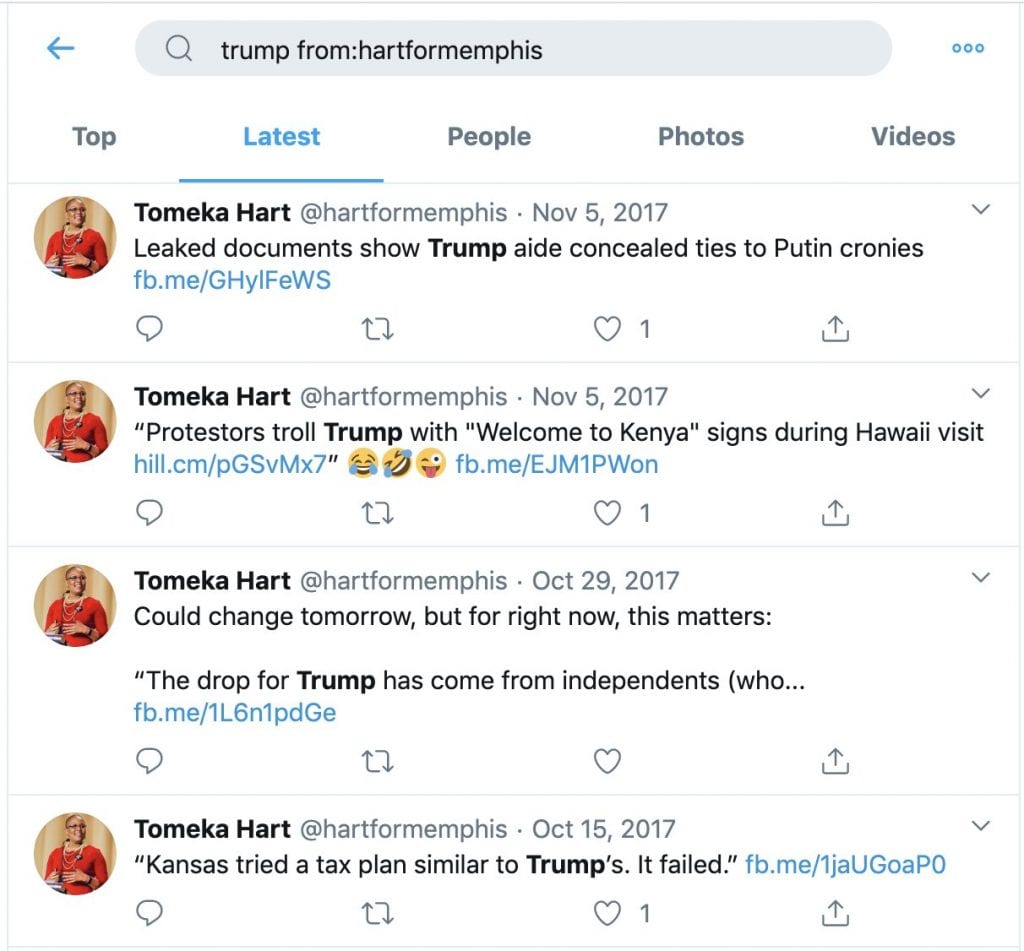 There are dozens of posts expressing hatred for Trump, which is her right as a citizen.

But how did she get on a jury involving Trump’s longtime close friend?

Marched by 45's hotel…and the crowd went boooooo!!! Then yelled shame, shame, shame as we walked by!

How did a federal court judge ever allow a far left wing activist to sit on a case where a close Trump associate faced trial? 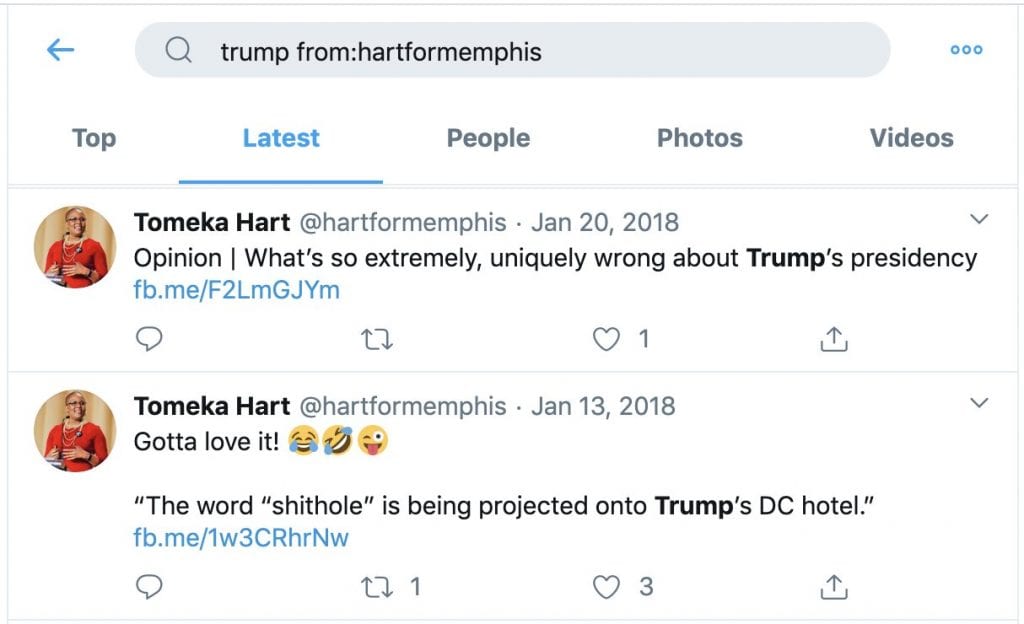 This juror also had political aspirations.

FWIW, the juror is also a former Democratic congressional candidate in Tennessee https://t.co/G4i9bnSklQ

The Roger Stone prosecution is a disgrace, it’s lawless, and it was rigged from the beginning.

Here is the Tweet from one of the jurors who voted to convict Roger Stone, from the same day. pic.twitter.com/p54zkoMDCB