You are here: Home / Mindset / N-A-C for Depression and Anxiety

Why are people depressed and anxious?

Anxiety and other mental challenge have two components – physical and psychological. (This is a false dichotomy, as you’ll soon understand.)

The psychological components of anxiety come from cultural brainwashing. Most of the “problems” we have in the West were taught to us. For example people feel anxious about growing old. In other cultures age and wisdom are celebrated. Some people obsess over their looks, becoming depressed when they lose them, and fail to build character.

Shame is the only sin in the modern West.

We are also taught to let haters control us. For example, any article about a supplement – even one that is clinically proven – will be met with nasty comments.

Mindset training gets you past the societal bullsh-t, but there is an actual physiological basis for many depressive mental conditions.

Could mental illness be caused by oxidative stress?

Top clinicians and researchers are exploring the role role oxidative stress plays in mental illness. There are several studies to peruse on PubMed.

A Meta-Analysis of Oxidative Stress Markers in Depression (PubMed):

And, The efficacy of adjunctive N-acetylcysteine in major depressive disorder: a double-blind, randomized, placebo-controlled trial (PubMed.)

“These data implicate the pathways influenced by NAC in depression pathogenesis, principally oxidative and inflammatory stress and glutamate, although definitive confirmation remains necessary.”)

Glutathione depletion and concomitant increase in oxidative and neurological stress and mitochondrial dysfunctions play a role in the pathophysiology of diverse neuroimmune disorders, including depression, myalgic encephalomyelitis/chronic fatigue syndrome and Parkinson’s disease, suggesting that depleted GSH is an integral part of these diseases.”

On and on it goes.

Markers of Oxidative Stress and Neuroprogression in Depression Disorder (PubMed).

The research is ongoing, of course, but when I found it, the choice to try a $15 a month supplement was a no-brainer.

N-A-C changed my life. I haven’t had anything close to an “anxiety attack,” despite attacks on me that would crush 99.99% of other people, in over a decade.

N-Acetylcysteine (N-A-C) has been clinically proven to help treat symptoms of anxiety, depression, and bipolar.

N-Acetylcysteine is a powerful nootropic with still many unstudied benefits. N-A-C has been used by visionary doctors to help treat intractable depression and anxiety.

Why haven’t you heard about the magical effects of N-A-C? Simple. Go on Amazon and see how much a bottle of N-A-C costs. There’s no profit in this stuff, even though there is solid science supporting its use.

According to N-acetylcysteine in psychiatry: current therapeutic evidence and potential mechanisms of action (PubMed):

There is a growing body of literature exploring the use of NAC in the treatment of psychiatric illness. There is provisional evidence of the potential benefit of NAC in a wide range of disorders. Many of these disorders have limited treatment options or suboptimal outcomes with current treatments. 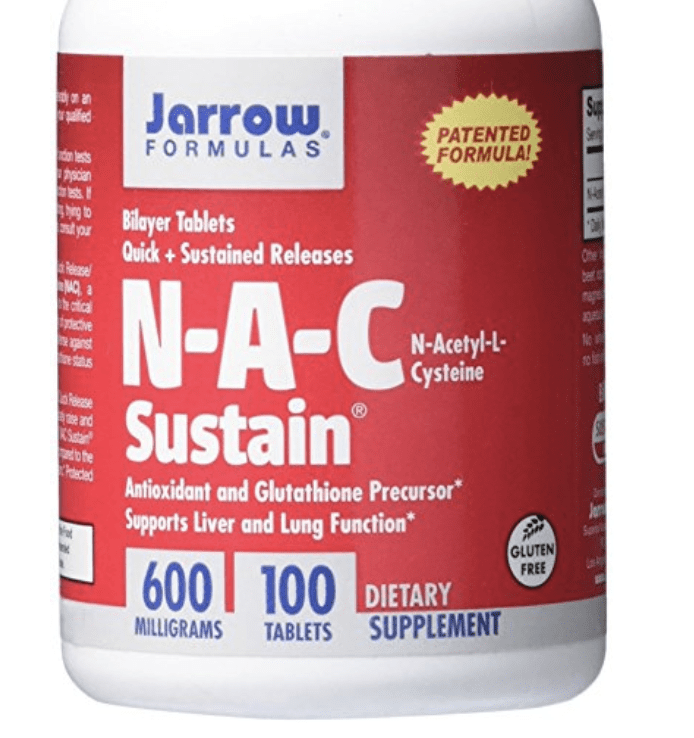 Why does N-A-C help treat depression?

Glutathione is an antioxidant that used by your to reduce oxidative stress. Oxidative stress is associated with depression, anxiety, and other more severe conditions.

Oxidative stress is a critical route of damage in various psychological stress-induced disorders, such as depression.

How much N-A-C should you take?

That would be medical advice, which I don’t give. However, participants in the studies usually used between 1 and 2 grams daily.

I personally take 2 grams a day of time-released NAC

What brand of N-A-C is best?

I personally use Jarrow’s form of N-A-C Sustain, which is time released.

No. Although N-A-C is a must-have product for me, it’s inexpensive. It’d cost me more to private label and deal with the logistics of selling it than it would bring in profit.

Also, Gorilla Mind is a separate company that I invested in. Gorilla Mind has fantastic products, but this isn’t a plug for any of them.