UPDATE: Guilty plea and 1 to 3 years in prison for Jacob Schwartz.

Bill de Blasio aid and well-connected Democrat leader Jacob Schwarz, who was President of the Manhattan Young Democrats, was arrested over 18 months ago for possessing child p-rnography.

De Blasio administration employee, 29, is arrested for ‘having 3,000 photos and 89 videos of child pornography depicting children as young as six months old’

Schwartz was released on $7,500 bail, and has been free since. In fact, no motions have been filed in his case at all, court records reveal.

What is going on here?

Schwartz is facing up to life in prison for the charges, and he has no credible defense against them.

The judge is thus leaving him out on bail as a way to delay the inevitable.

Here are the court appearances in the Jacob Schwartz case. As you can see, nothing is happening. The case is completely stalled. 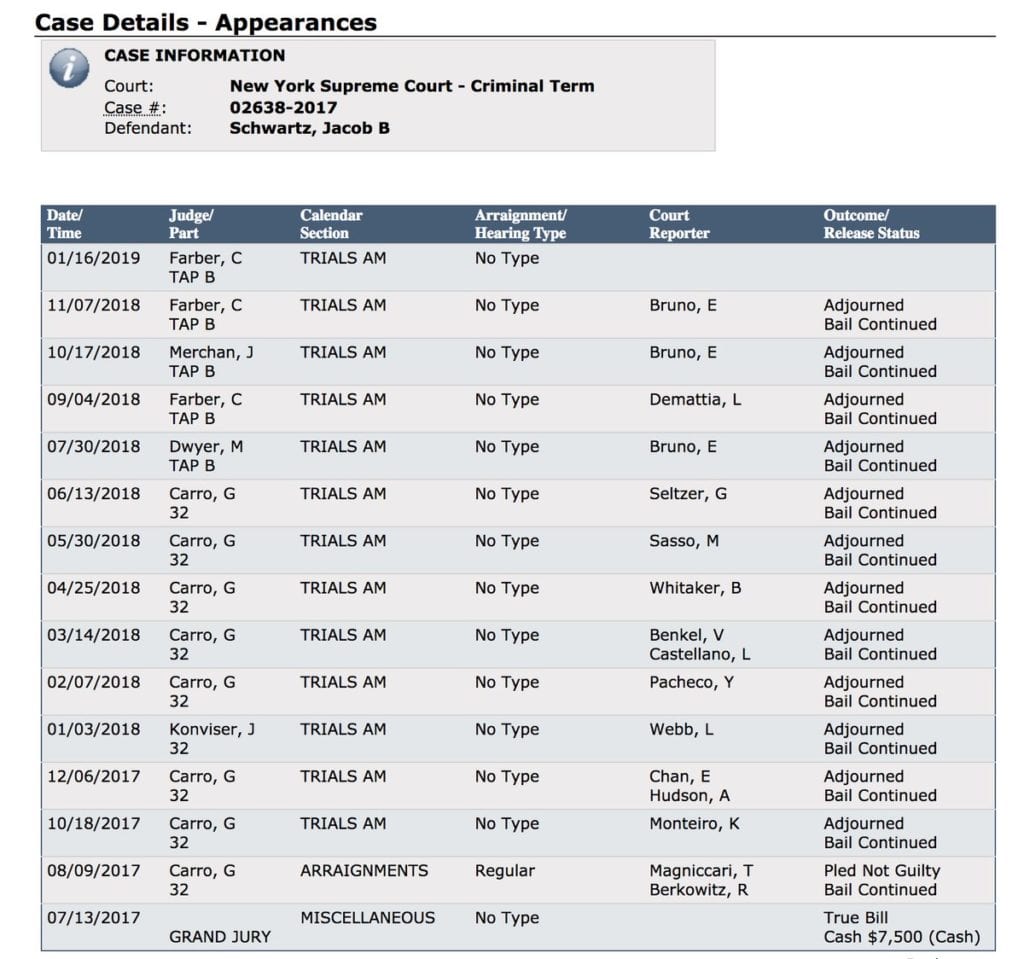 If you’re a poor defendant, the prosecutor rushes you to trial. If you’re a well-connected member of the elite, prosecutors and judges will let you work the system to stay free.

How connected is Schwartz?

He appeared on CNN to discuss Russiagate conspiracy theories with Chris Cuomo:

Jacob Schwartz argued that Clinton’s campaign should have done more in Michigan and Wisconsin, and said the eleventh-hour letter from FBI Director James Comey about Clinton’s emails played a role. 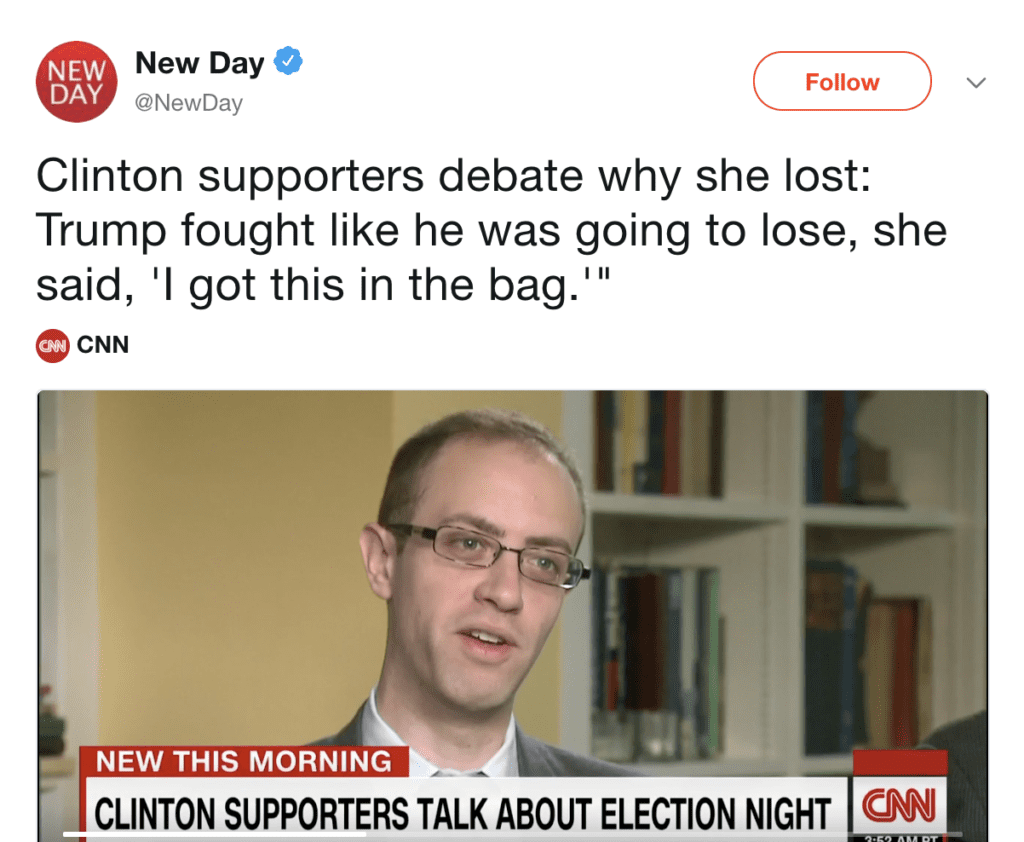 Yes, that is the same Schwartz who was charged with multiple counts of child p-rnography. 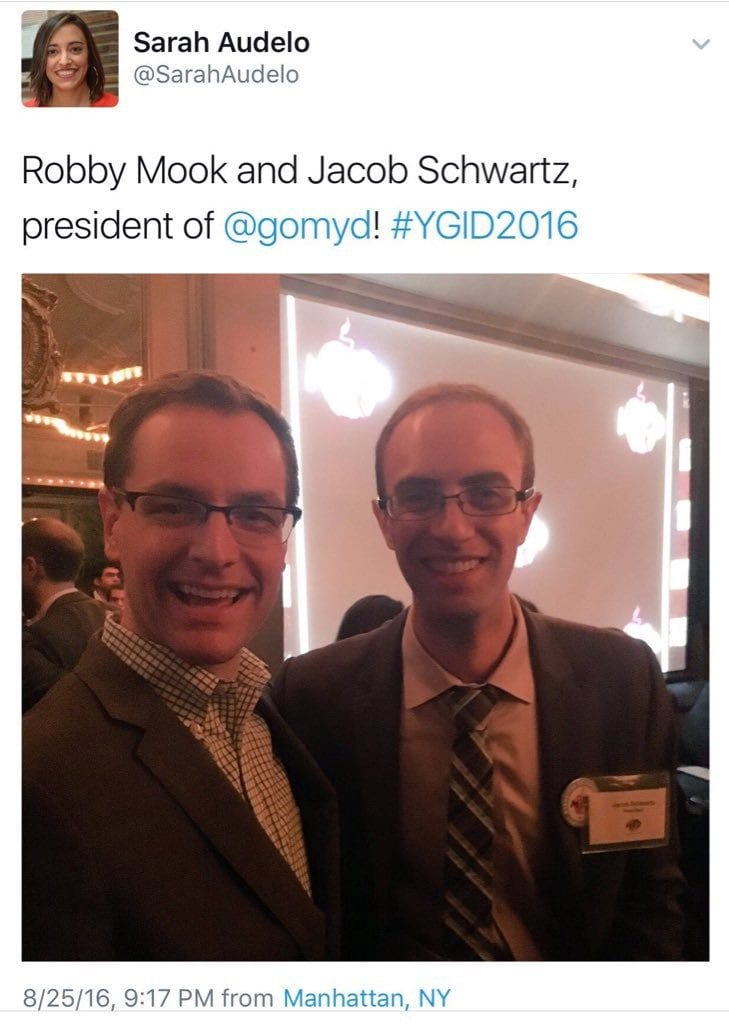 They deleted this picture within 5 minutes of Schwartz’s arrest. We saved it, of course.

Interestingly, no one in the media asked Mook or Clinton about the picture.

And to this day the media calls me a “conspiracy theorist.”

Here is some more mainstream media coverage of Schwartz’ arrest:

Where is the “conspiracy theory”? Schwarz was arrested, according to official court records. The news has covered it.

The pictures of Schwartz with Robby Mook are authentic, and Schwartz appeared on CNN to talk about Russiagate.

Now you see why they attack me and want me dead. I am the only one writing about these issues.

Joel Davis, a Columbia student who organized a protest against me, was arrested after soliciting sex with an 8 year old:

Yet behind this virtuous front, Davis was allegedly committing the same types of crimes he claimed to be fighting, federal prosecutors say. On Tuesday, authorities arrested Davis on charges of attempting to sexually exploit a child, enticing a child to engage in sexual activity and possessing child pornography. If convicted, he could face a long sentence.

Davis led a protest march of 200 or so students against me when I spoke at Columbia.

Will Davis’ case disppear, as Jacob Schwartz’s has?