You are here: Home / Culture / Columbia University Student Who Protested Cernovich is Arrested for Vile Crimes

People ask why I endure the hate. This is why. Joel Davis, who was on the school newspaper for Columbia and organized a protest against me, was arrested for soliciting sex with children:

A Columbia University student whose global campaign against rape and sexual abuse of children earned him berths to speak alongside United Nations and State Department officials was himself charged this week with a series of sex crimes against children.

In a complaint filed in federal court Tuesday against the student, Joel Davis, 22, prosecutors outlined a series of sordid allegations, including an admission by Mr. Davis that he had sex with a 13-year-old boy in his New York apartment.

The allegations, which you can read in the Complaint, are stomach-turning, and describe messages where Davis expressed his desire to engage in relations with an 8 year old. He was found with hundreds of images of children on his phone.

When I gave my talk at Columbia, ANTIFA protesters were seen holding a sign saying, “No Pedo Bashing.”

Without any evidence, the media claimed the sign had been planted.

Davis, of course, was one of the protest organizers. Was the sign his?

Why did the media rush to defend him?

Will the media disavow, given Davis’ recent criminal problems?

Davis is a member of the media, and was a contributor to the Columbia Daily Spectator. What media outlet would have hired him to write articles calling me a “conspiracy theorist”? 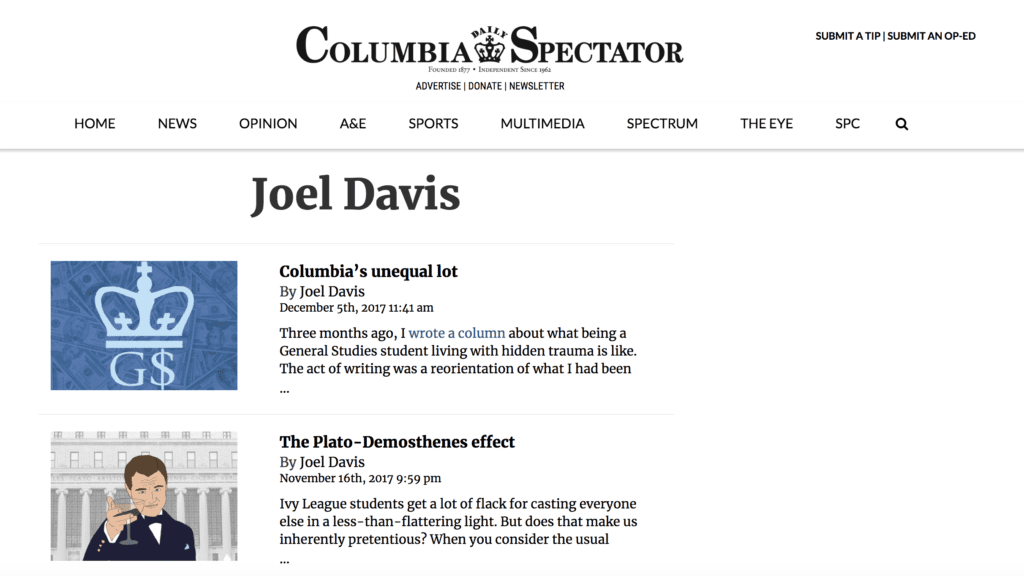 As you can see, the forces against me are truly dark and evil.

I will continue to fight, knowing that Joel Davis are the types of people working to stop me.