You are here: Home / Mindset / 10 Ways Fatherhood has Changed Me

She stopped crying the first time I spoke to her. That’s what I’ll always remember most about the birth of my daughter. She recognized the sound of my voice.

We had our daughter in a birthing center, and Shauna used self-hypnosis throughout the process. It makes people angry when we say this, which is why we don’t usually tell people. Sharing what we did not an indictment on what anyone else did. A lot of people don’t seem to understand this, and people take parenting personal. How dare anyone do something differently?

We do parenting (and life) differently in a lot of ways.

“The first time I held my daughter, my life purpose was fulfilled.” This is what you’re supposed to say about parenthood. The truth is that not everyone’s experience is universal, and some people don’t know what to feel the first time you hold your child.

When your newborn wakes up crying, that’s when you know it’s real.

If you’re a thoughtful person, the process of parenthood is surreal. “You mean that’s it? I just take this new living being, strap her into a car seat, and go be a parent?”

Yes, that’s it. Welcome to the jungle.

Life has always been about the story. Living or dying is less important than the story. Rush into a violent mob of ANTIFA thugs, get closest to the fire, get pepper sprayed by police, have the most powerful people in the world hate you? That’s not scary, that’s interesting. It’s part of the story. We are all going to die, anyway.

With a daughter at home relying me, I actually care what happens to me.

Part of my success is due to my risk appetite. I’ll take risks others won’t. Because of this, I’ve had some rewards others haven’t. (And also taken some major lumps. Don’t believe the success hype. Anyone successful has had his or her ass kicked. Repeatedly.)

I’m more risk averse than before. Someone else is relying on me. Of course I stashed bitcoin in her trust fund and 529, so I can still take some risks, and she’ll be more than OK.

3. I care what happens to America.

My feelings on America are complicated. For the most part, it’s over. China is the future. I don’t understand why everyone can’t see this.

The future belongs to those who want it, and we in America and the broader West aren’t playing to win.

On the other hand, I can’t not fight. Having a child is putting skin in the game. You must think beyond yourself. What world are we leaving for your children?

4. I have re-examined my views on the world, and care more than ever about Truth.

Media is my hobby, Mindset is my business. My words matter, and I’ve always wanted to give the best advice and analysis.

Yet my advice is given to adults. If you believe me, that’s fundamentally your choice.

When thinking about my daughter, I constantly ask, “Is this true?” Children follow you. You must lead them. Are you telling them the truth? This process should lead you to re-examine every view you have. Why do you believe what you do? Why do you give the advice you give? Why do you believe you are right?

One day I reached into my daughter’s crib to pick her up. A vision flashed before my mind. Bombs were going off. People were screaming. Parents were crying. A dead mother was wailing as she held her dead child.

What’s it like living in one of these nations we (or our lovely allies the Saudis) bomb?

What’s it feel like knowing you may have the roof of your bomb blown out (or worse) when all you want to do is pick your child up from her crib?

6. I have a new-found respect for single mothers.

I’m an involved parent, and Shauna is super mom, and even one child is…a challenge. I don’t know how single moms do it, and a lot of people will point to some statistics about outcomes, and that doesn’t really help, does it? They know what it’s like.

Indeed, the issues of single mothers is a microcosm of the ethical paradoxes of writing. You don’t want to glorify single motherhood, because that doesn’t help women or their children. But pointing out negative statistics to people who already know the risks doesn’t help much, either.

7. I realized how much of my life was vanity and social status.

While it’s not healthy for a relationship to go straight “Dad Jeans Mindset,” and dress corny and be out of shape, it’s easy to see why some men slip into that pattern. Why do we do what we do? We want to impress others in order to have a mate, and to reproduce, and once that happens, you realize the priority is on your child.

8. I have a newfound respect for moms.

Before having a child, I’d sort of laugh at the “miracle of child birth” line. How can something that happened billions of times be a miracle? Being a great mom is one of the most important roles anyone in civilization can perform.

9. I realized what a judgmental a–hole I was. (Hint: You’ll do everything you judge parents for.)

If you don’t have kids, take it all in. You know it all. You’ll never give your child an iPad. There are thousands of thing you’ll never do because you just won’t.

Or at least that was me. Now I do everything I judged others for.

Parenting, like consciousness itself, will always force you into the paradox of believing you’re important (or else why do anything) without being self-important (no one cares that much, bros).

10. I realized how important extended family is.

Society teaches women to date men who sweep them off their feet, but are those men good fathers? Think about it.

Likewise, most men want to date someone they meet at a bar. Is a party girl going to reform her ways and become a good mother?

You don’t marry a woman you’re passionated for, although passion and love matter.

You’re marrying the mother of your children. (Gasp! My audience is largely male, so chill out with my use of pronouns.)

You’re marrying the grandparents of your children.

When you think about that, you’ll date differently.

Issues of Being a Celebrity Parent.

Some friends say I should never post a picture of my children. Some say this is out of fear and others privacy.

And yet we’ve grown this huge extended worldwide family. Do I hide from the world? She brings great joy to the world, and right now we need more joy.

At some point I may not post pictures of my daughter.

Being famous is new to me, and we are figuring it out as we go along. 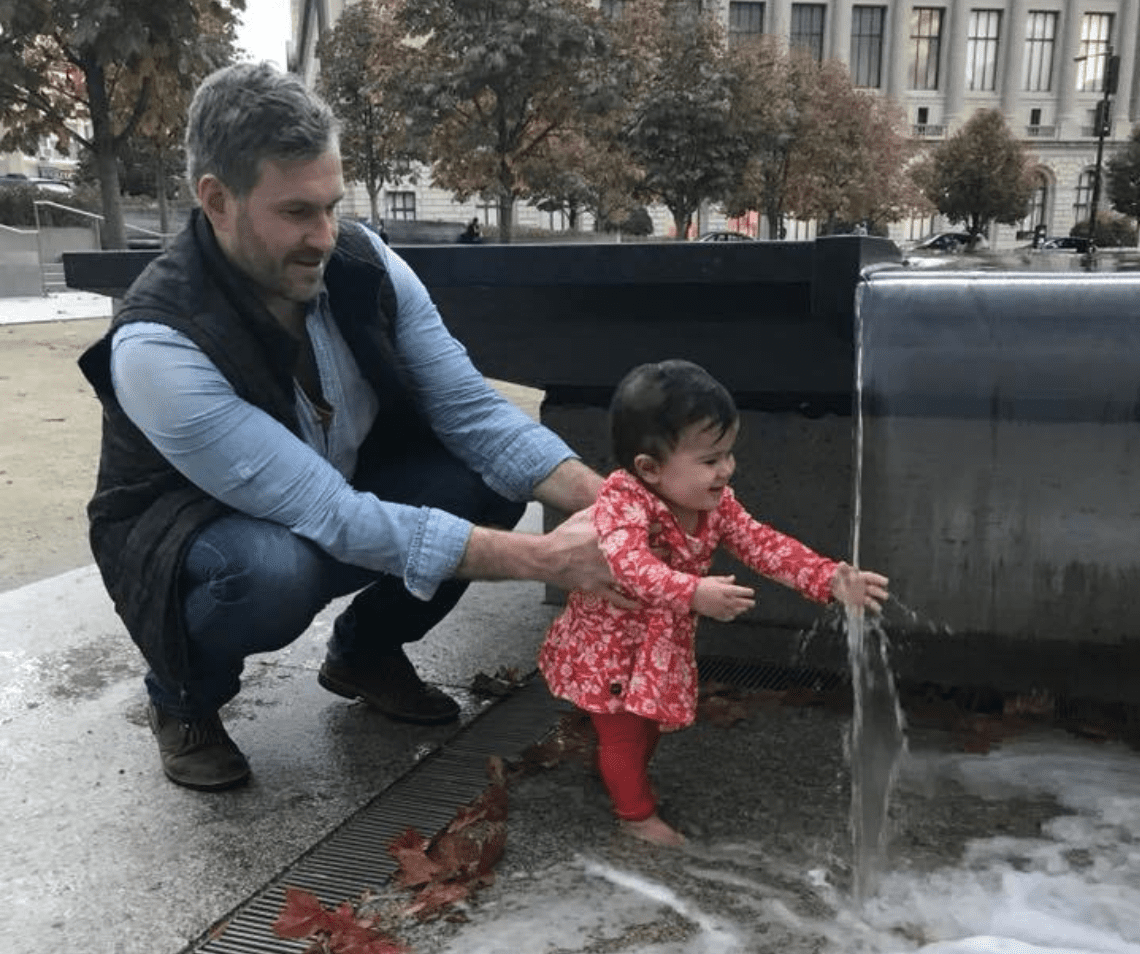 For the first time ever, I think about the Google results my daughter will find.

I’ve always said wild stuff just to get a reaction out of people. Some call this “trolling,” though I see it as being a “talk show host.” Throw out ideas and see what people have to think.

Now I’ve started to think about the burdens that my children will face, for while CERNOVICH is a strong name, it does come with certain weight.

Where as before I never cared what anyone thought about me, I do care what my daughter and children will think about me.

The balance between speaking my authentic truth and looking out for them….As with so much in life, “We shall see.”

Has being a dad made me soft?
Maybe.

That’s for others to decide.

And a bit more empathetic.

But I don’t think I’ve lost my edge.

I still hit the gym, do some boxing training, run sprints, work hard, get too focused and intense, and live the Gorilla Mindset lifestyle.

P.S. As a parent, Gorilla Mind is a major edge, and keeps me super productive. Check it out here.