You are here: Home / Culture / What is Hoaxed Book About?

Hoaxed: Everything You’ve Been Told is a Lie by Mike Cernovich.

When you’re making a film, 90% of the best work gets left on the cutting room floor. You spend hundreds of hours interviewing dozens of interesting people, and each subject receives only a few minutes in a feature-length film.

Hoaxed was no different. Over the course of a year-and-a-half, I met some of the world’s greatest media minds. I even interviewed Alex Jones, and asked him if he is a purveyor of fake fews.

For this book, we took several of the best interviews, edited them for clarity, and posted them for your enjoyment. Think of this Hoaxed book as a collection of interviews.

I’ve also included some of my own original essays, and share my experience in dealing with fake news.

These interviews represent different viewpoints and I do not endorse anyone in particular or vouch for what they say, nor that they endorse me. You’ll find that some of the interviewees are highly critical of my work, and they will challenge your views, whether you’re liberal, conservative, or somewhere in between.

Be sure to update / synch this book in two weeks. It will be updated with exclusive images from Hoaxed, as well as to improve any formatting issues. (There is always some glitch in the first version, as you’re never quite sure how the Kindle version will look before it’s published. We’ll get any formatting issues and typos fixed immediately.)

P.S. If you pre-ordered Hoaxed before October 1st, email me a copy of your receipt to receive a free ticket to the film’s Los Angeles premier on October 20th.

Introduction
What It’s Like Being Lied About
Alt-Vultures
Journalists Don’t Read Books
Hacked Like Joy Reid
What No One Tells You About Selective Editing
Censorship as a Form of Fake News
Fake News Body Counts
Someone Call the Twitter Police
Keith Ellison vs. Brett Kavanaugh
The Fact Checks Are Fake
SNOPES Covers Up a Mass Shooting
The SPLC and Pizzagate Shootings
What It’s Like Being an Influential Media Figure
“Credibly Accused”
CNN or Cernovich: Who Can You Trust More?
Is Deep State Real?
It’s Not OK to Spread Fake News

There are long-firm interviews, edited for clarity.

There are some surprise interviews in Hoaxed.
You’ll have to buy the book to find out what those are. 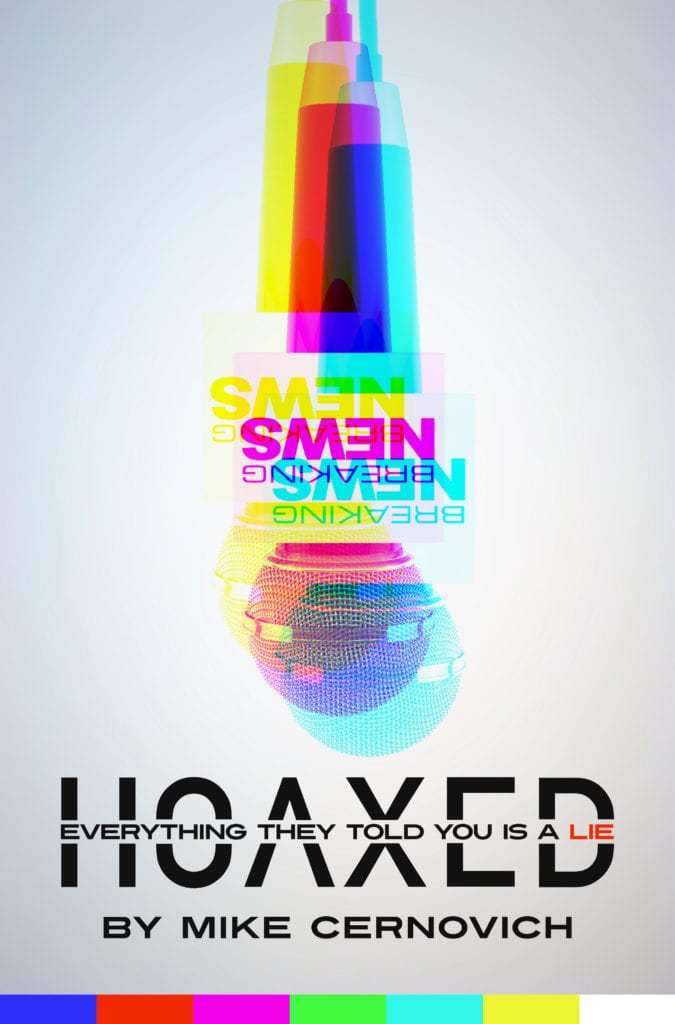