Twitter is down for most of its users. The cause of the outage is unknown. Twitter went down just as Trump held a social media summit, leading to unfounded speculation even though many social media companies have been down over the past several weeks:

Early Wednesday, people around the globe began reporting app issues, according to DownDetector, a web service that offers a real-time overview of bugs and outages online. About 8:45 a.m. EST, thousands of Instagram users began reporting that they were having problems.

The hashtags #InstagramDown, #FacebookDown and #WhatsApp have since started trending on Twitter, a result of widespread social conversation surrounding the service interruption. 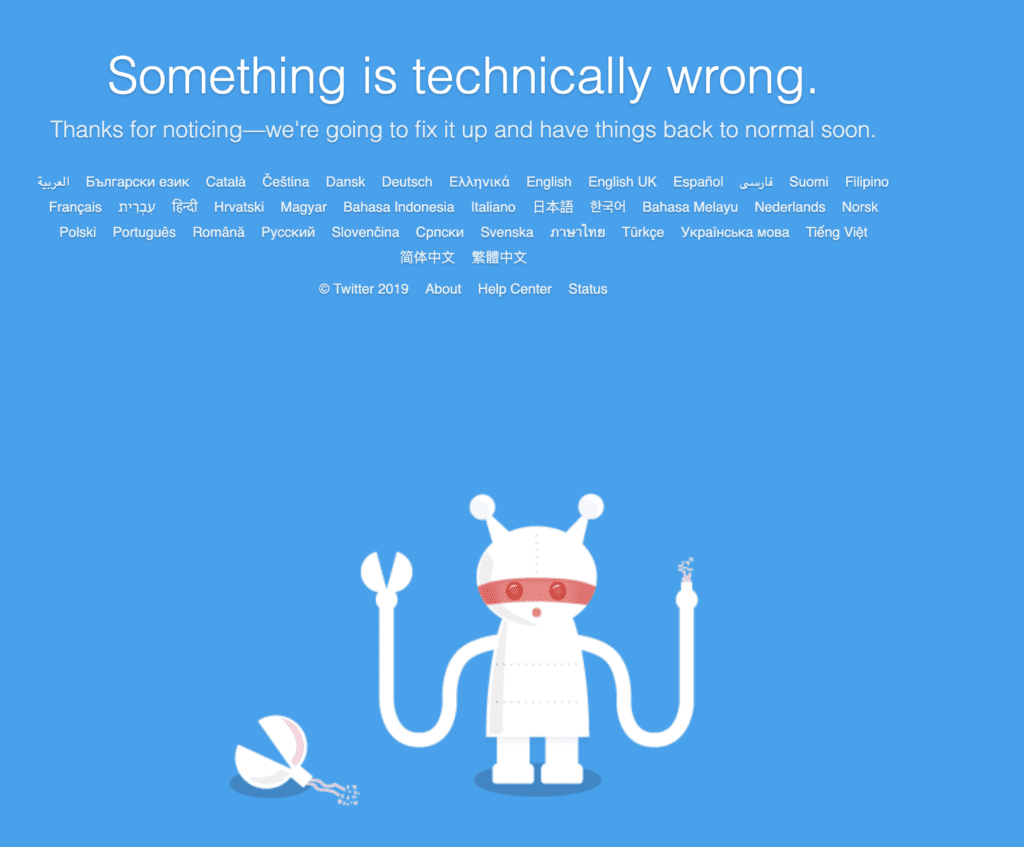