You are here: Home / Culture / The Most Hate I Ever Got

I’ve written about the most controversial subjects of the day, openly discussed ayahuasca, pushed the boundaries of free speech, and been publicly shamed nearly every day of my public life.

A few weeks ago I learned about true hate.

How did I incite outrage from haters and “fans” alike?

I invested in a supplement company called Gorilla Mind.

“Really?!” and “Unfollowed” are common when I post a link to a review of the most effective focusing agent I’ve ever taken.

This doesn’t make any sense to me, as people even get angry when I mention a skincare line.

Are people not taking care of their faces?

The problem with “News People.”

I got into this media stuff my accident. I didn’t grow up watching FoxNews or CNN. I never watched the “media stars” on TV and wished one day to be on there.

During college I studied philosophy and during law school studied under Gerry Spence. My goal was never to make news. My goal was to be the next Clarance Darrow.

The media stuff is all a fun detour to me. I went on 60 Minutes because Shauna told me to. She rarely tells me what to do (smart, choose your battles), so when she feels strongly about an issue, I listen.

During my 20s and 30s, I read books, lifted weights, made money, hung out with friends, and lived an optimized life.

Following the news was a waste of time, because Democrats and Republicans alike all hated America, hated the working class (where I grew up), and hated beauty. Why bother?

Then Trump came along, I rushed in, did what no one said was possible, and even broke some major stories.

As I’ve been pivoting back to mindset and spirituality, people are angry at me.

And that’s because they are angry people.

People on the left and right are gross to each other every day.

I used to think it was all kayfabe or pro wrestling, but no, it’s real. These are hateful, nasty, petty people. It’s not an act. They wake up thinking about hurting people for not being angry.

This guy David Corn has a #1 NY Time best selling anti-Trump out, and he’s a major journalist. He’s clearly sick mentally, and I don’t want to single him out because there are many such cases! 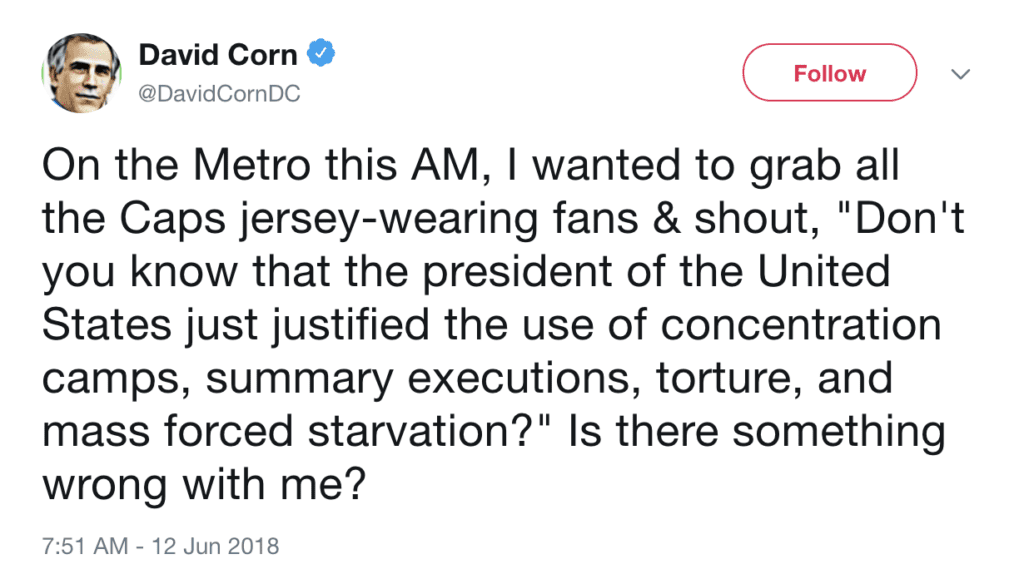 The reason I sometimes look negative is when fighting when people who are actually nasty. Nietzsche’s warning about what happens to those with fighting monsters and all that.

People who know me and met me know I’m only positive.

Haters say I’m “cashing in,” which is stupid because outrage addicts are deadbeats.

People who claim I’ve tried to cash in don’t know much about my business or any business at all.

People addicted to the outrage cycle of the day rarely buy anything, and when they do, they don’t buy premium products.

They self-medicate with booze, fast food, and sugar.

Those who read mindset books attend seminars, back projects, and are supportive.

At the very least, they don’t actively complain when others are building businesses.

Memo to the Whiners and Complainers.

Politicians pander to you because outrage addicts still vote.

If you wake up every day angry about the world, blame others for your life’s failures, and have a negative mindset, stay far away from me.

It’s unhealthy for me to take in your spiritual energy.

Memo to the Winners and Supporters.

Thank you for all you do.

You are the reason I wake up in the morning inspired and excited and committed to bring you the best news, information, lifestyle, and mindset material in the world.

You made it possible for me to make what will be the best documentary of 2018 – Hoaxed.

You’ve made this amazing and strange and productive life possible, and I will always work every day to bring value to your life.

P.S. You can check out Gorilla Mind products here.