You are here: Home / Culture / Vic Berger is a Creepy Stalker who Harasses Children

UPDATE: The stalking of my wife and daughter continues (read the article here). There’s a full criminal investigation into Vic Berger, as his behavior increased in severity and he poses a threat to himself and the children he stalks.

Read the original article below. 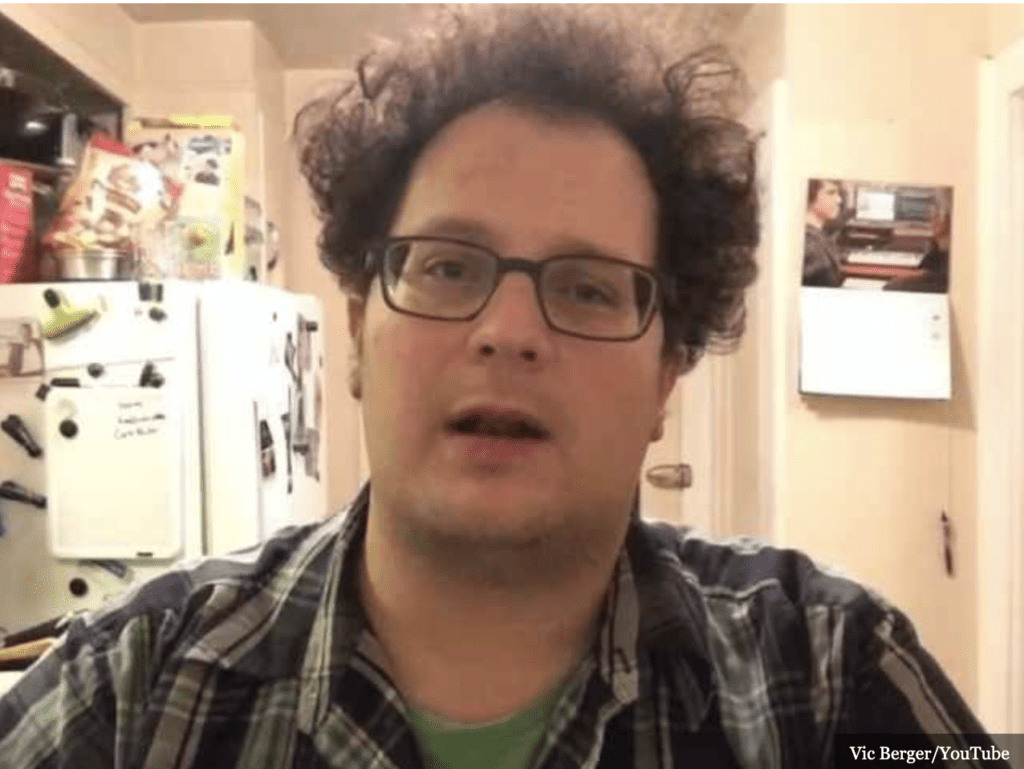 Stalkers are dangerous, and when you give them attention, they win. Yet I’m in a difficult position because a couple of my stalkers have friends in the media. Their media friends amplify the harassment by RT’ing them and encouraging the attacks.

One of the stalkers admitted he incited threats in an email, answering, “Hahaha Okay,” when I told him about the harassment he had incited for almost two years. 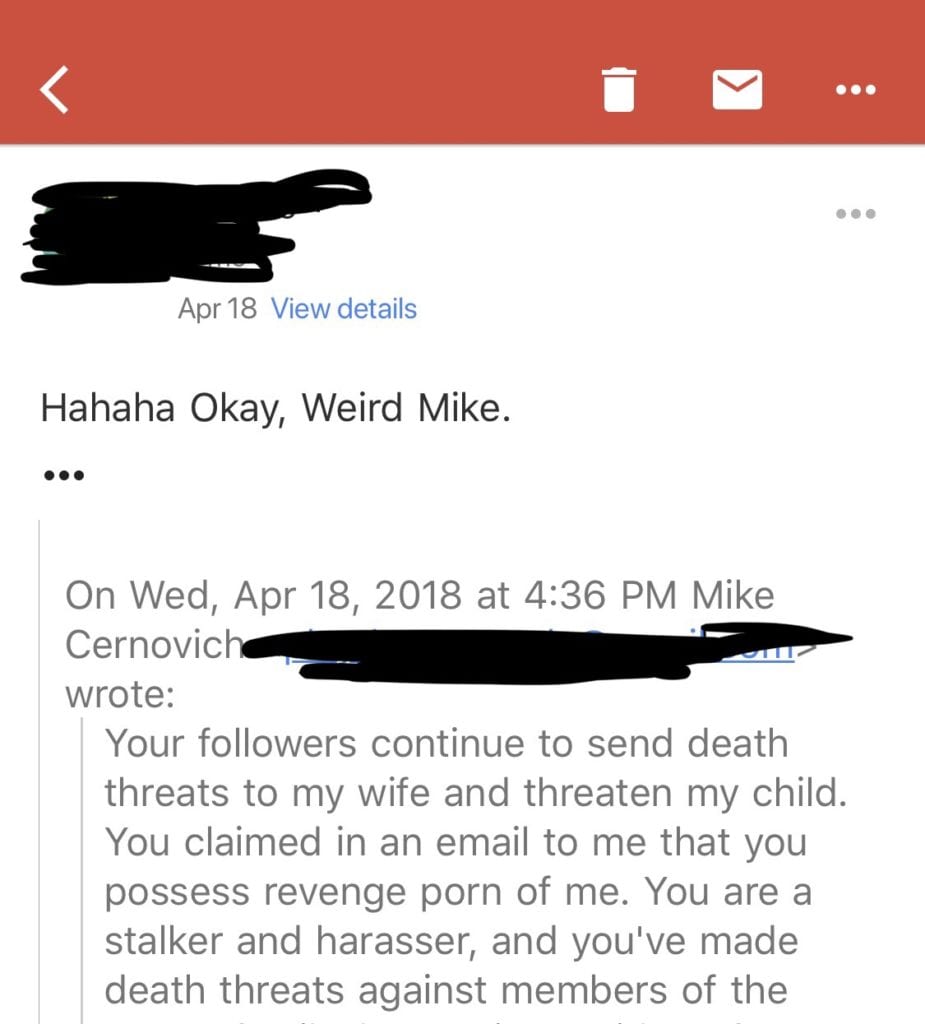 About 20 months ago a creepy person sent his followers to harass me. Usually that’s just Internet b.s.

He then told his followers to message me about my decision to block him. Under Twitter’s rules, this is inciting harassment, but whatever. We know how that goes. I deserve it. That’s fine.

Then his followers sent death and rape threats about my child.

I reported the facts: The stalker told his followers to message me, and explained the types of messages his fans and followers sent.

He of course went to the media screaming about how I harassed him.

He said he would sue me. I told him to sue me for defamation, because then I’d get discovery into every creepy DM he sent, every email he sent, and every message he sent. I would get him under oath to discuss his sock puppet accounts.

He never sued, because he’d have lost badly. He began DM’ing my wife, as I had blocked him.

Yes, he DM’ed my wife. That’s how creepy this guy is. He DM’ed the wife of someone he had sent his followers to harass.

After my wife asked for an apology for what his followers had done, the stalker threatened to sue my wife. For what? He didn’t say, because stalkers don’t act based on rationality.

For the past 18 months this person has sent threatens and incited threats against me. He has taken it to an entirely new level.

I was doing a Periscope, my daughter entered the room. I ended the stream as she wanted me to read to her.

During the stream she said, “Minnie,” because I read “My First Look and Find: Mickey Mouse Clubhouse” to her before bed. We snuggle down on a bean bag and read together.

This stalker spliced out the audio from the video stream, deceptively enhanced it, and added fake subtitles.

Again, I don’t like giving stalkers any attention, because that’s how they win.

(I cropped out my daughter’s image.) 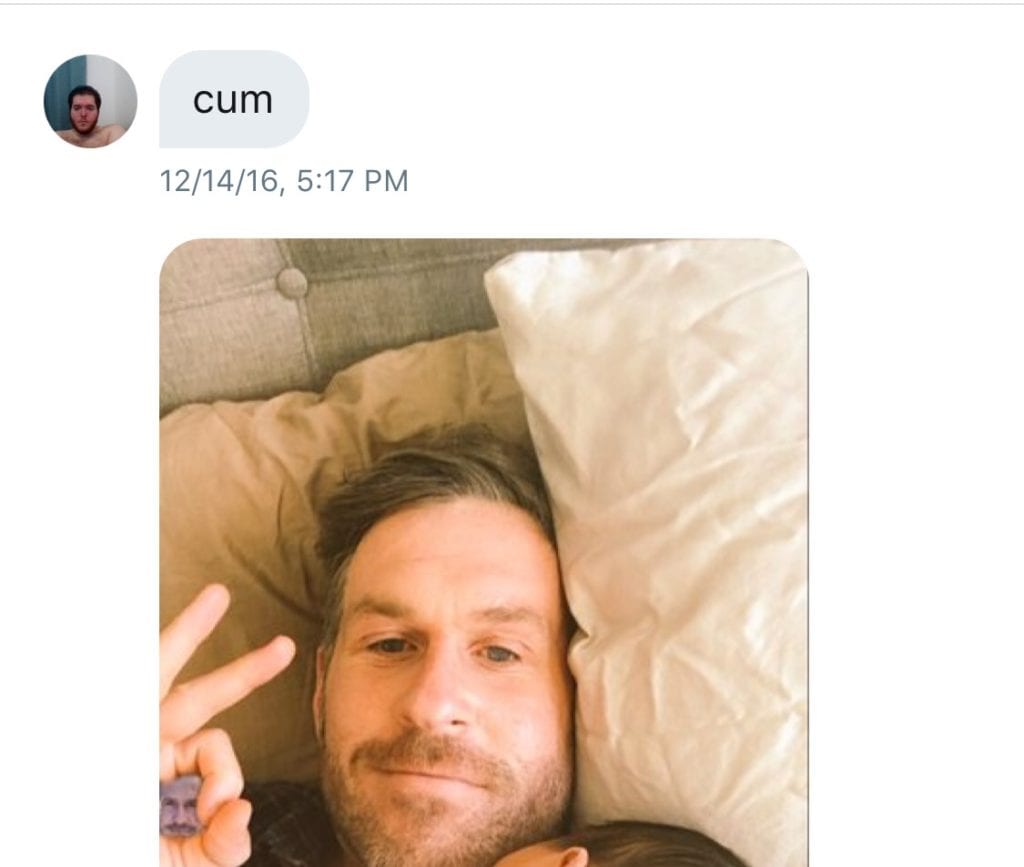 This hoax isn’t a harmless prank, it’s a campaign of harassment involving the kind of people who send pictures like what you see, above.

They also called in death threats to a venue that was going to host a mindset seminar. 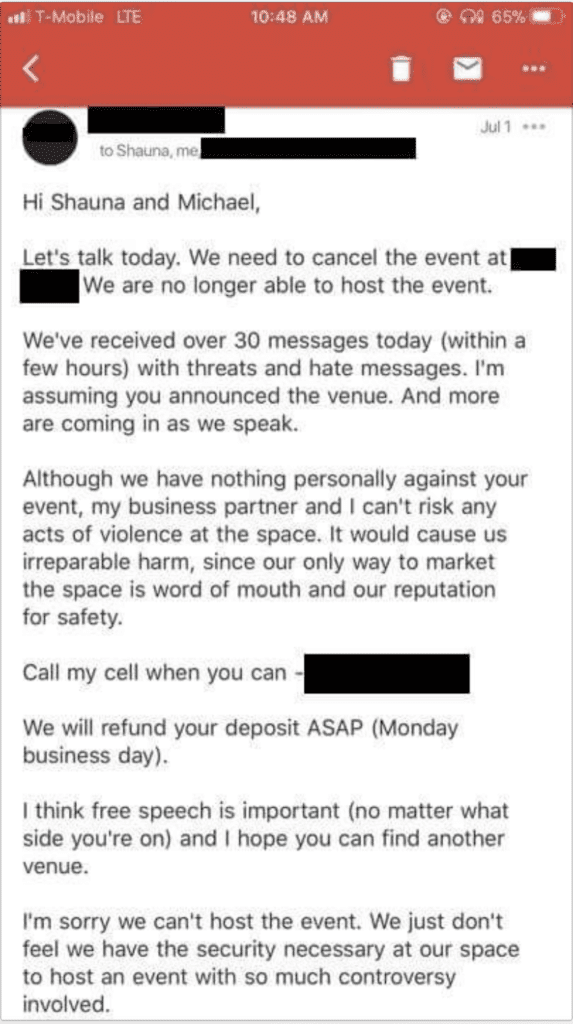 They threatened to attend a private happy hour my wife was co-hosting.

When I was in Philadelphia, someone who I had blocked told his followers to message me for a private event my wife and I were hosting.

He then threatened to crash it, and given his history of unstable behavior, we wondered if he would shoot up the venue. 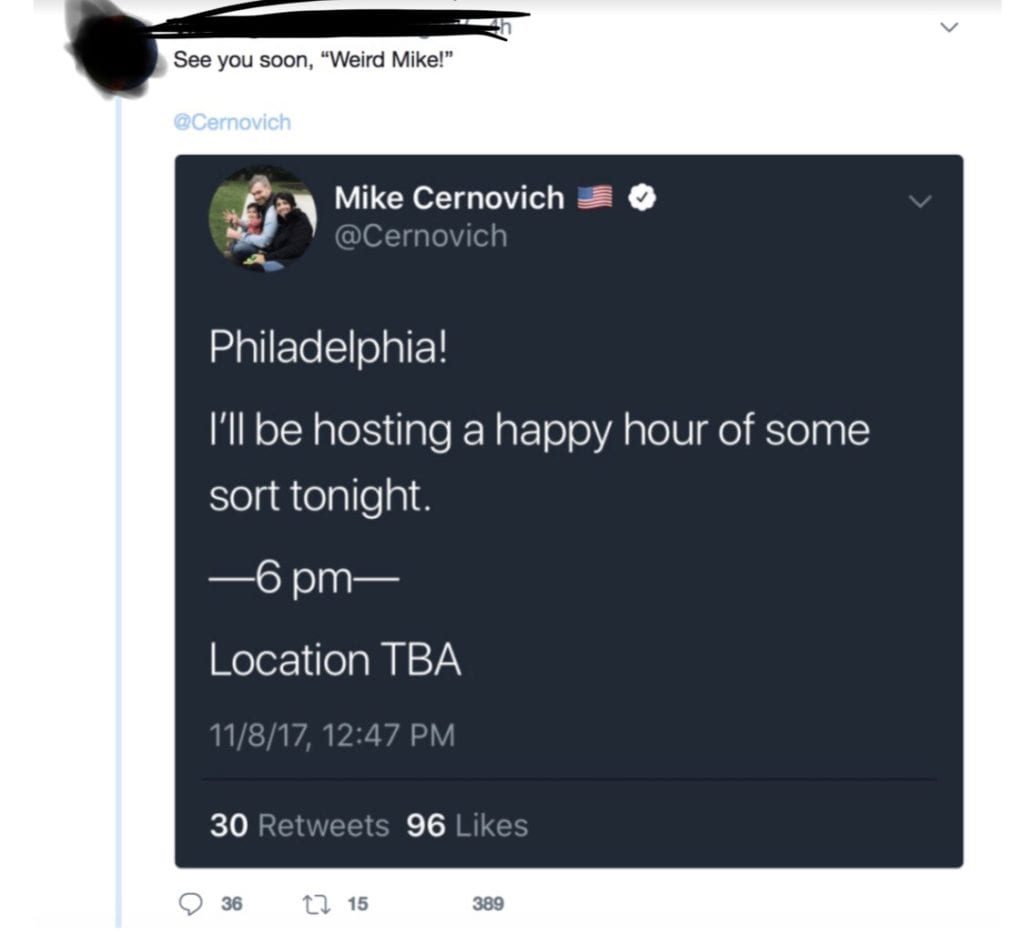 The stalker admitted he has harassed my family.

One stalker would continue to email me despite my issuing him a no-contact demand. In his latest email, he conceded to every allegation I made.

When I wrote, “Your followers continue to send death threats to my wife and threaten my child,” he replied, “Hahaha Okay, Weird Mike.”

These hoaxers have friends in the media who amplify their harassment scheme.

To the left-wing media, what has happened is acceptable.

Many people in the mainstream media think the death threats are funny. If the rules are that it’s OK to threaten my daughter’s life, then God help everyone, as that’s not a world any of us should live in.

Others will ask me why I haven’t sued. I want them in prison and am working with law enforcement.

One of their close friends tried murdering a Jewish man outside of an event I hosted. Their friend David Campbell faces 3-10 years in state prison.

When you give them attention, they win.

But I’ve tried ignoring them, and rather than leave, they are targeting children.