You are here: Home / Culture / Shadow App Founder Tries to Hide, but We Found the Mayor Pete Receipts

After the Iowa Causes were sent into chaos last night, McGowan went into cover-up mode.

Suddenly Shadow was a completely “independent company,” which she had nothing to do with!

Here are the facts about @anotheracronym’s relationship to @ShadowIncHQ, an independent company ACRONYM invested in. We don’t have any information beyond the public statements the IDP has put out + like all of you, eagerly await learning what happened and who won the IA caucus. https://t.co/sWohZqZkPe

Compare that statement to what McGowan Tweeted last year.

“If we want to build real political power, we need to fix this problem and at Shadow, we’ve got a plan, the talent and the resources to make it happen. So I’m pretty stoked. If you want to learn more about Shadow’s roadmap + team, DM me or @gjniemira – we’d LOVE to nerd out w/ you.”

She was making hiring decisions, using “we” to talk about Shadow, and was “stoked.”

Forget she said any of that! 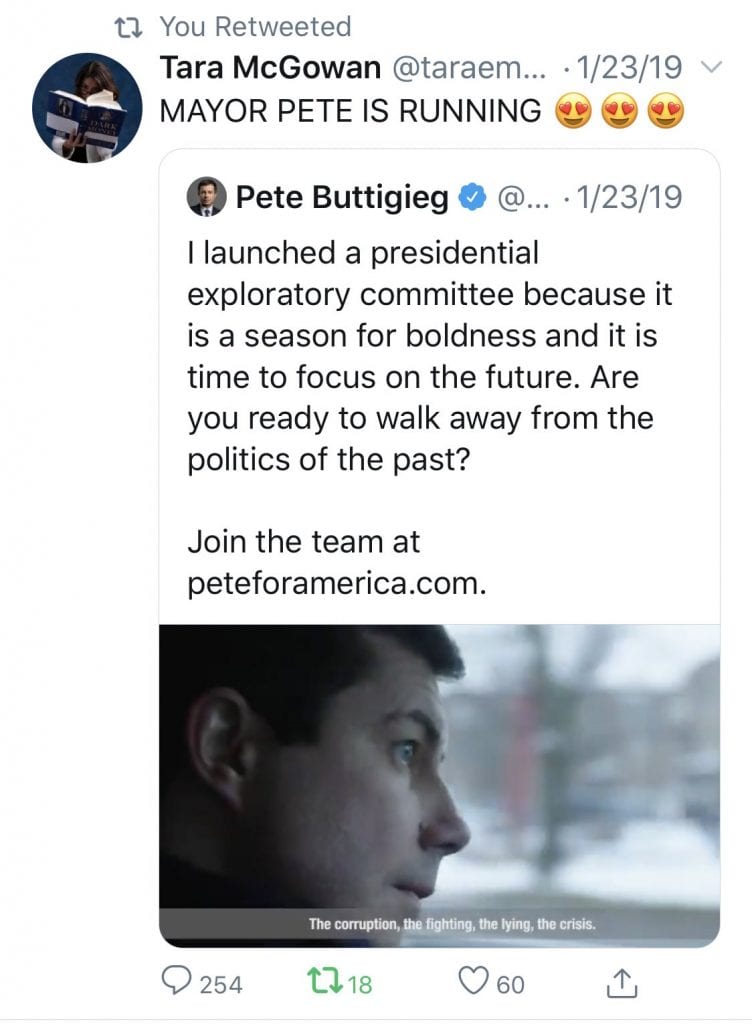 Shadow App was a disaster for all but Mayor Pete, who declared himself a winner last night. Shadow app’s founder is a Mayor Pete supporter.

Here we have a case of Big Tech covering up their connection to an app plus an obvious conflict of interest.

Instead of showing any interest in this story, the New York Times has assigned its top tech reporter to cover how many “likes” people are getting on Facebook.

Top-performing posts containing "Iowa" on Facebook for the last 24 hours are from: