You are here: Home / Culture / Racism and Pedophile “Jokes” – A BuzzFeed Reporter’s History of Vile Tweets

“Every movie should open with a scene where a child watches Rob Lowe have sex,” BuzzFeed reporter Ryan Broderick posted on Twitter.

Every movie should open with a scene where a child watches Rob Lowe have sex.

At the time of the Tweet, Broderick was 21 years old, and it’s not his most disturbing social media post.

lots of questions about my age RE my first tweet: In 2008, I was a 17-year-old freshman in college. Also, I had a Sega Genesis in my dorm.

In another Tweet posted in his 20’s, Broderick wrote, “Mr. President, can you please pass legislation legally defining the difference between us good-natured hebephiles and amoral pedophiles?” This was no doubt some hilarious joke that those of us who don’t work in woke media won’t understand.

Mr. President, can you please pass legislation legally defining the difference between us good-natured hebephiles and amoral pedophiles? 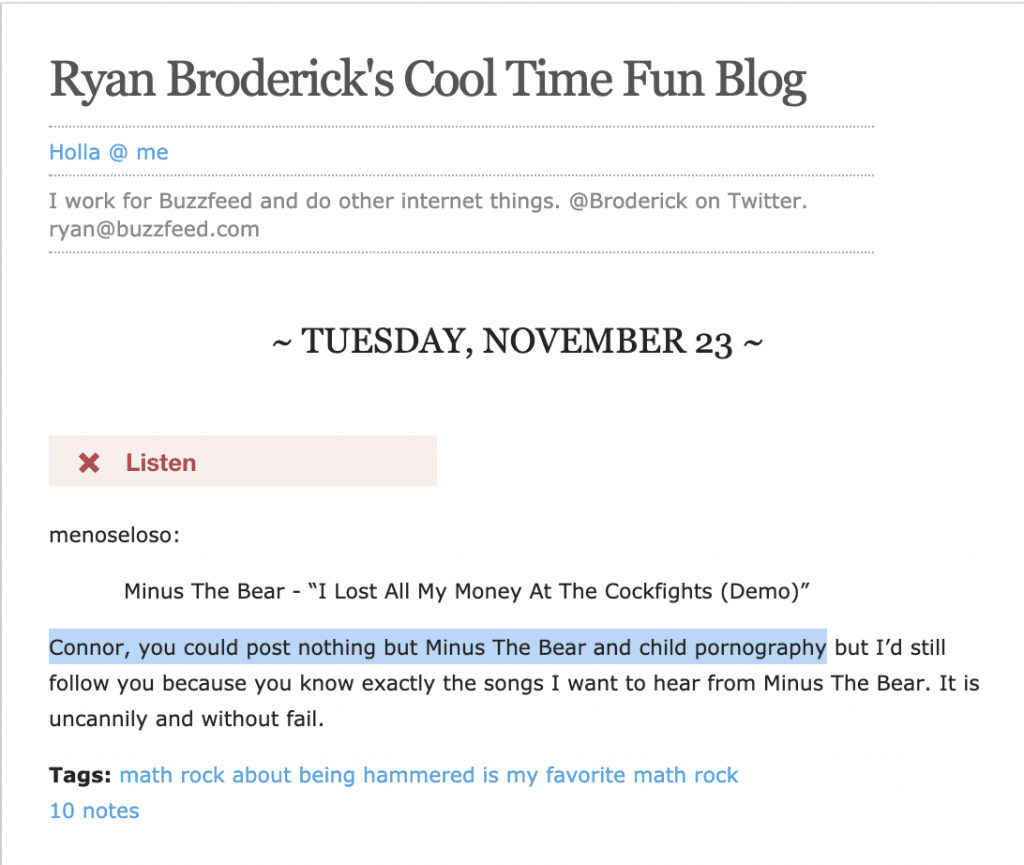 Continuing with his theme of HILARIOUS JOKES, Broderick quoted someone on his Tumblr saying: 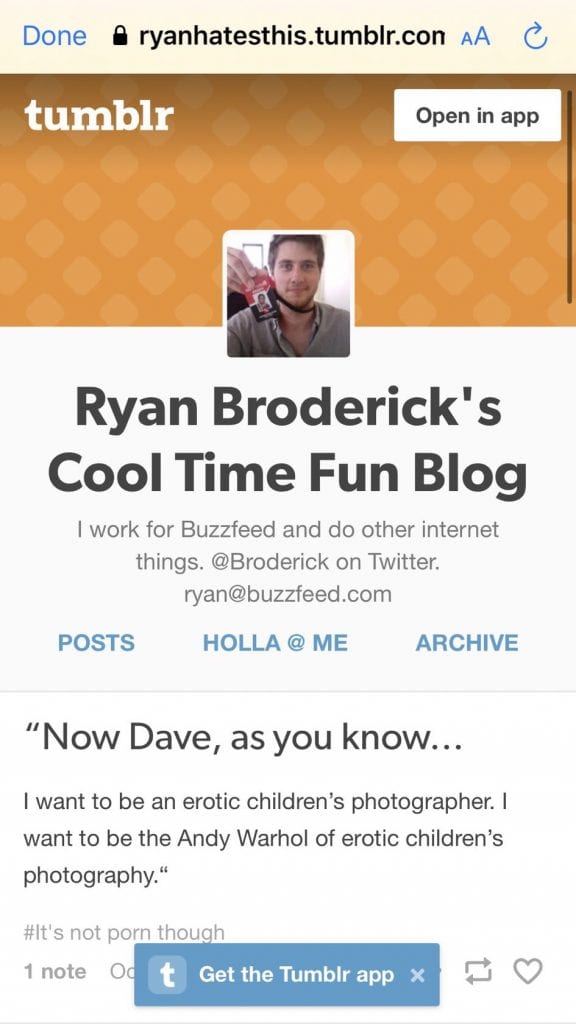 In a post he made when he was over 18, he wrote to a friend, “Connor, you could post nothing but Minus The Bear and child pornography but I’d still follow you because you know exactly the songs I want to hear from Minus The Bear. It is uncannily and without fail.”

Audio: menoseloso: Connor, you could post nothing but Minus The Bear and child pornography but I’d still… http://tumblr.com/xlxrgjhoq

On his Tumblr he posted, “Black men never take their headphones out. Also, they charge their phones at parties. Also, they always smell like cocoa butter. This has been raceology with Ryan Broderick.”

This meme looks like something you’d see at the Daily Stormer, but again it’s probably some really funny joke that we just don’t understand. 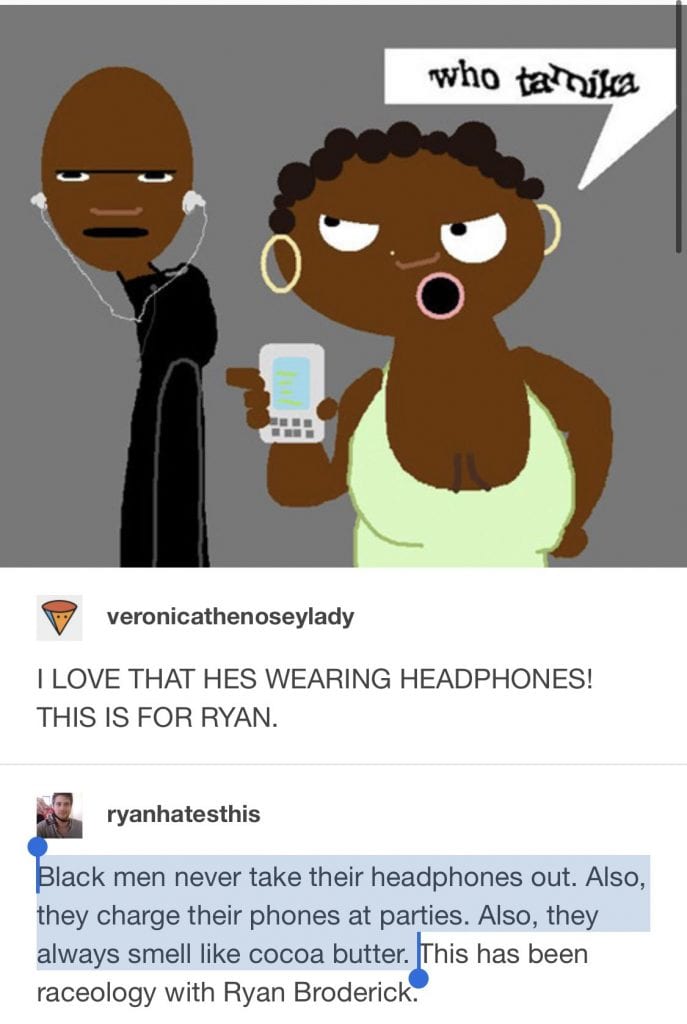 In another Tweet, Broderick wrote, “[I have] a black roommate. He’s gonna lock all his things up.”

has a black roommate. He's gonna lock all his things up.

BuzzFeed won’t take any action and the media bros will defend Broderick.

We all know what happens next.

Expect the media bros to call my truthfully reporting about a Buzzfeed bloggers tweets “harassment,” even though reporting on Tweets is commonplace / daily in media.

This is gross stuff for sure but media will rally to defend. pic.twitter.com/gF0M5yGamI

BuzzFeed will ignore this report.

They’ll start emailing Twitter telling them that I am harassing a reporter for posting his publicly available social media posts.

“Cernovich uncovers JOKES. They were JUST JOKES! How dare he WEAPONIZE OUTRAGE by publishing a report on JOKES!”

Broderick’s social media “jokes” are well beyond the pale and if he found similar postings by someone who worked at another outlet, he’d be trying to get the person fired and banned from social media.

If anyone tries lying about me, have my back.

This is the kind of reporting the far left won’t do. They never investigate their own idealogical allies, and they attack those who expose wrongdoing by the far left.