You are here: Home / Culture / Anatomy of a Fake Fact Check

As Sante Fe school shooter wore a hammer-and-sickle logo, I made the uncontroversial statement that this logo was associated with ANTIFA. Today a fact-checking website that partners with Facebook and foreign governments said ANTIFA does not use the hammer-and-sickle logo. This is fake news.

Run a Google image search for ANTIFA and hammer-and-sickle. Thousands of results appear. See for yourself: 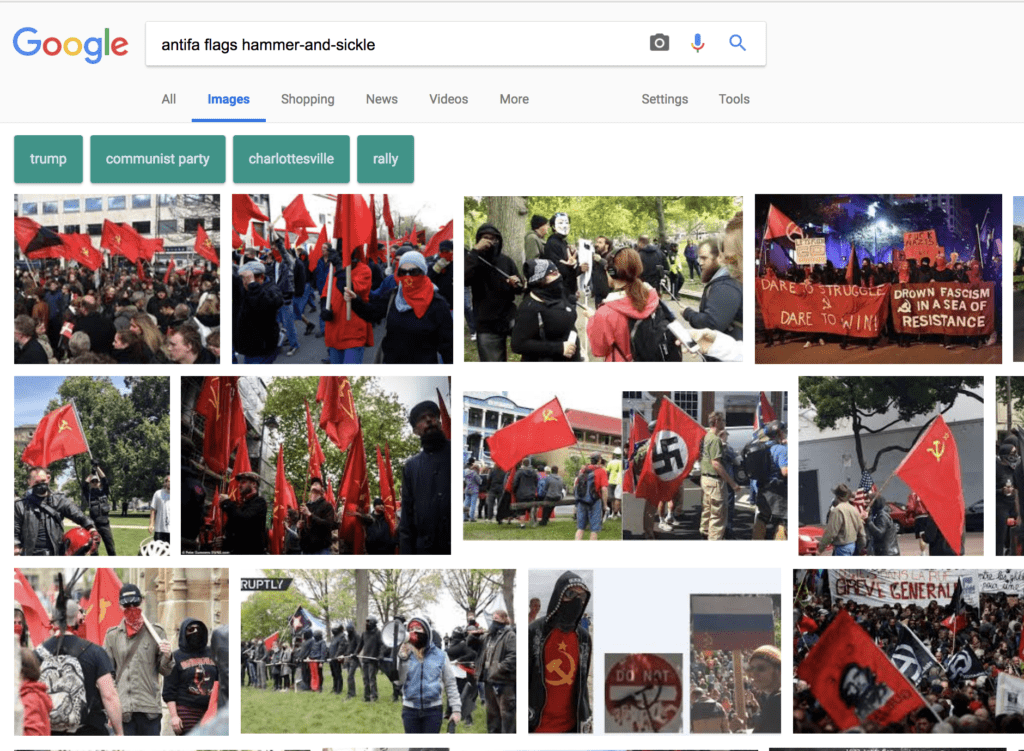 Here’s a video entitled, “Black Conservative Scolds Black #Antifa For Flying Hammer Sickle Flag #Boston.” As you can see in this screen capture, an ANTIFA member is flying a hammer-and-sickle flag. 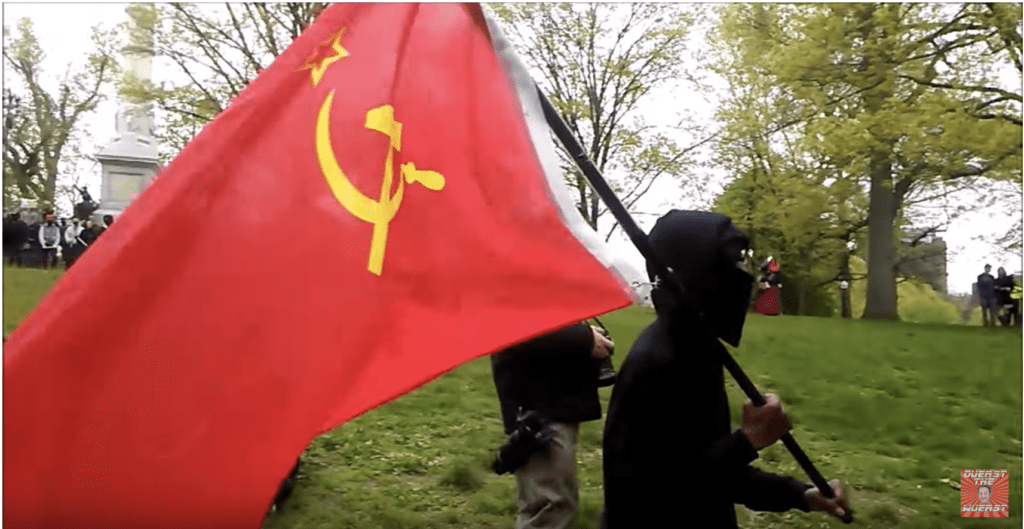 Examples abound, and anyone can confirm this in five seconds.

These lies about me are a way to lie about you, and a way to embolden ANTIFA.