“Students appeared to make the White Power hand symbol during a pregame broadcast of the Army-Navy game,” is the headline USA Today’s Mike Brehm led with after a picture surfaced of multiple Army and Navy cadets using the OK sign. 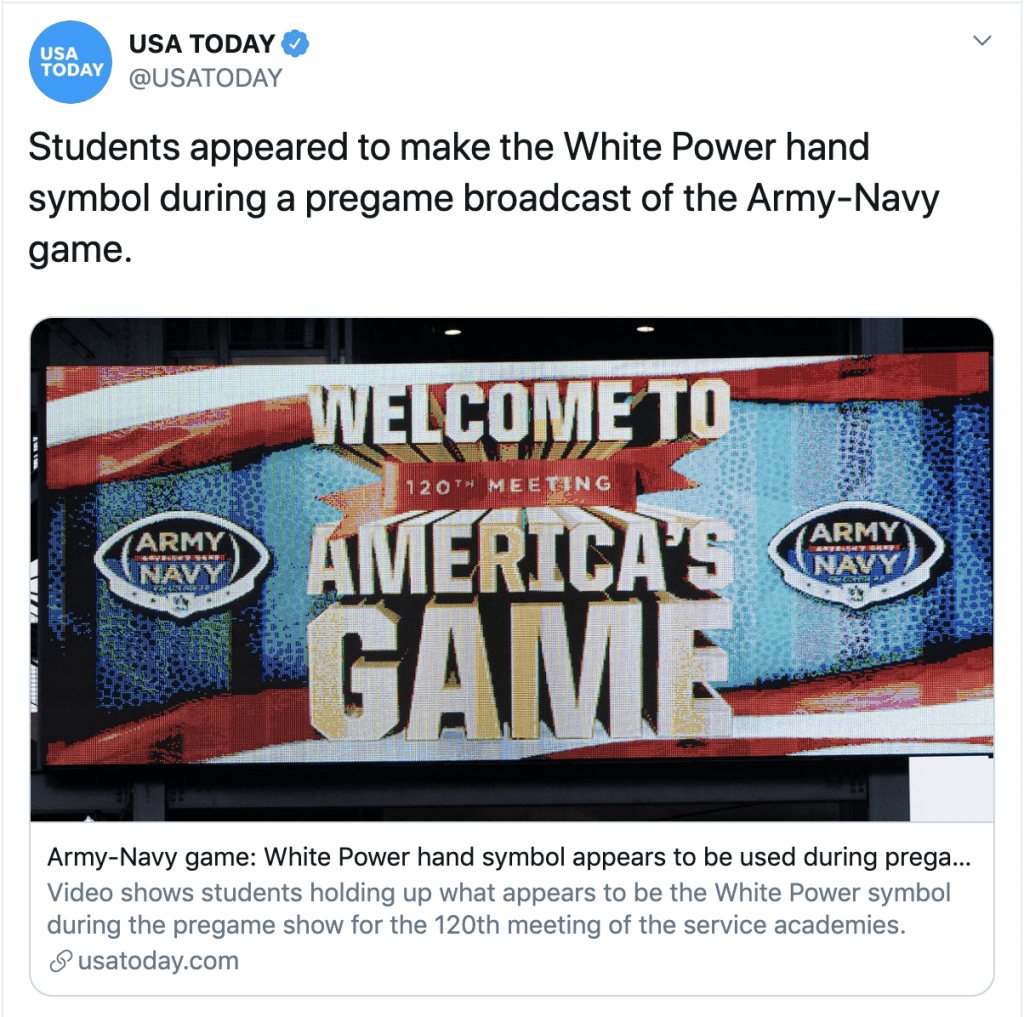 In response to these accusations, West Point and Annapolis have opened investigations into the cadets.

Several other outlets and verified journalists repeated the smear without ever asking the cadets for comment.

The media has learned nothing from Covingtongate and their smears of innocent high school students.

Trial lawyer Kurt Schlichter had a warning for these media smear artists.

You bastards will not Convington these cadets.

or another attorney who can fully vindicate a defamed plaintiff's rights.

Many Twitter uses mocked the media by showing that the OK sign is widely used by leftists and people of color, including Congresswoman AOC and President Barack Obama.

OMG even @AOC did it the world is ending pic.twitter.com/UBAJ6xzPEz

The media isn’t going to stop.

They want to destroy the lives of innocent people.

They hate our military.

They want to see America fail.

Today’s false accusation isn’t a new media low, because this assumes there’s a bottom to all of this.