You are here: Home / Culture / Joker is what happens when Charles Bukowski Grabs a Gun

Two police officers stood tensely near a movie theatre tucked away near a food court at the Palms in Las Vegas, where I risked being the victim of an “incel mass shooting” by watching what was described as the most dangerous film of the year. I sat down in my reclining chair for this moment. Joker.

Set in late 70’s / early 80’s New York, the scenes are grimey. Trash bags frame many of the early scenes. One gets a look at life pre-broken windows policing. The music is dark and draws out your emotions.

Fleck’s relationship with his mother was a central theme of the film that most critics have missed. The trope tossed out is that of loser men living at home in mom’s basement. How many of those men were manipulated as young boys into fawning over a dramatic and needy and sufficating mom?

Did Fleck live at home because he was a loser, or because his mom was? That’s a question one dare not ask in today’s society, and the meme was hidden from view until a psychologically devastating scene in Arkham later in the film.

While watching Joker I expected some critics to see a racial angle although the film wasn’t racial. Richard Brody of the New Yorker gave us the predictable hot take, noting Fleck’s encounter with many black characters. Brody sees race where others who don’t live with Brody’s all-white neighbors see class. Of course Fleck, the abused son of a mentally ill single mother, would live around other poor people in New York. Check the demographics as to who the working poor are.

Brody also sees race in the subway scene, although his understanding of violent crime is inverted. For all the annoyances Wall Street bros are guilty of, they aren’t playing the knockout game. The subway scene was counter-factual absurdity.

What Brody and others in his class don’t see, perhaps because it’s hard to see your own privilege, was Joker’s post-racial critique of capitalism. 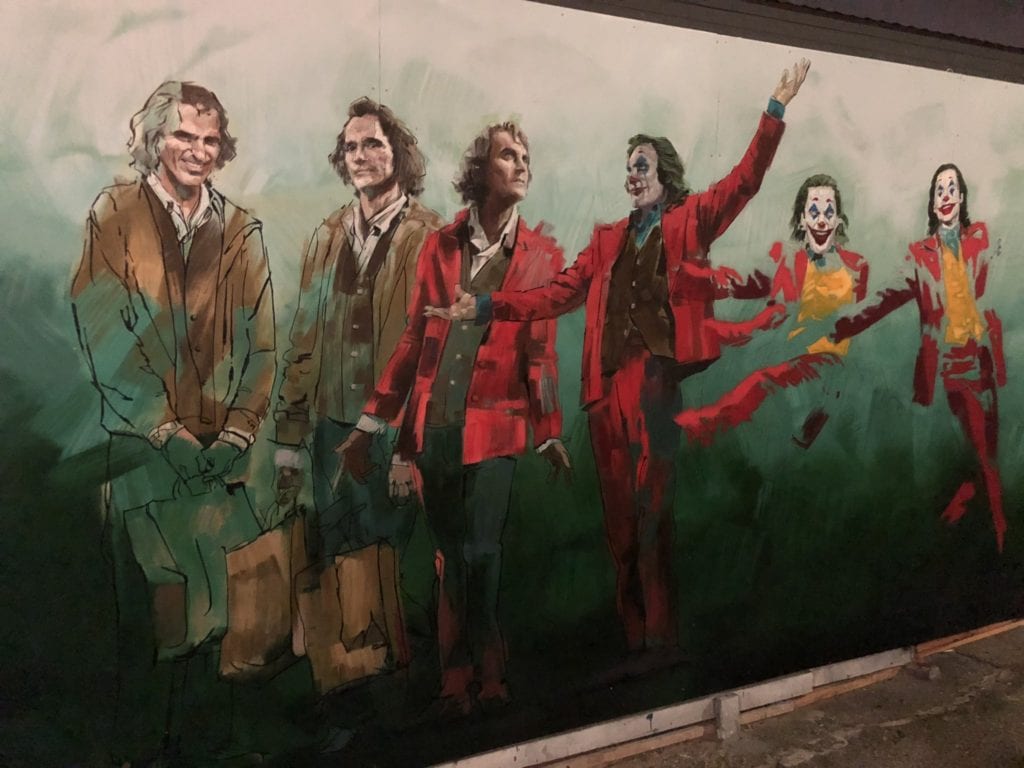 Stefan Molyneux didn’t enjoy Joker, which he called “agony, murder and horror with no redemption. The nihilism of a world without God or good.”

Molyneux and I have different aesthetic preferences. He prefers the shiny and optimistic. (My wife sent me a text with his Tweet, as Molyneux put into words her own sentiments after watching Joker.)

What Molyneux rejected in Joker is what made the film compelling. Joker wasn’t a film about beauty or hope or redemption. Joker was a film about the beginnings of a broken man.

Arthur finds meaning and his character arc is complete as he transforms fully into Joker.

Joker is driven by its score, and as Fleck walks down the stairs, the music changes. He is full and complete in and of himself.

One may not approve of what he’s become, and one’s approval is irrelevant. Joker isn’t Sunday Service or a motivational speech.

P.S. If you enjoyed this review of Joker, watch my own film, Hoaxed.