You are here: Home / Culture / You are the Sum of your Network

The greatest barrier to first-generation wealth is being shut out of the network efforts of established players.

Elite colleges aren’t expensive because of the education. I’ve met and competed against the most highly educated in the world. Most of them don’t read books. The value is in the network.

Network effects have been mathematically modeled, revealing what it now called Metcalfe’s law: “Metcalfe’s law states the effect of a telecommunications network is proportional to the square of the number of connected users of the system.” 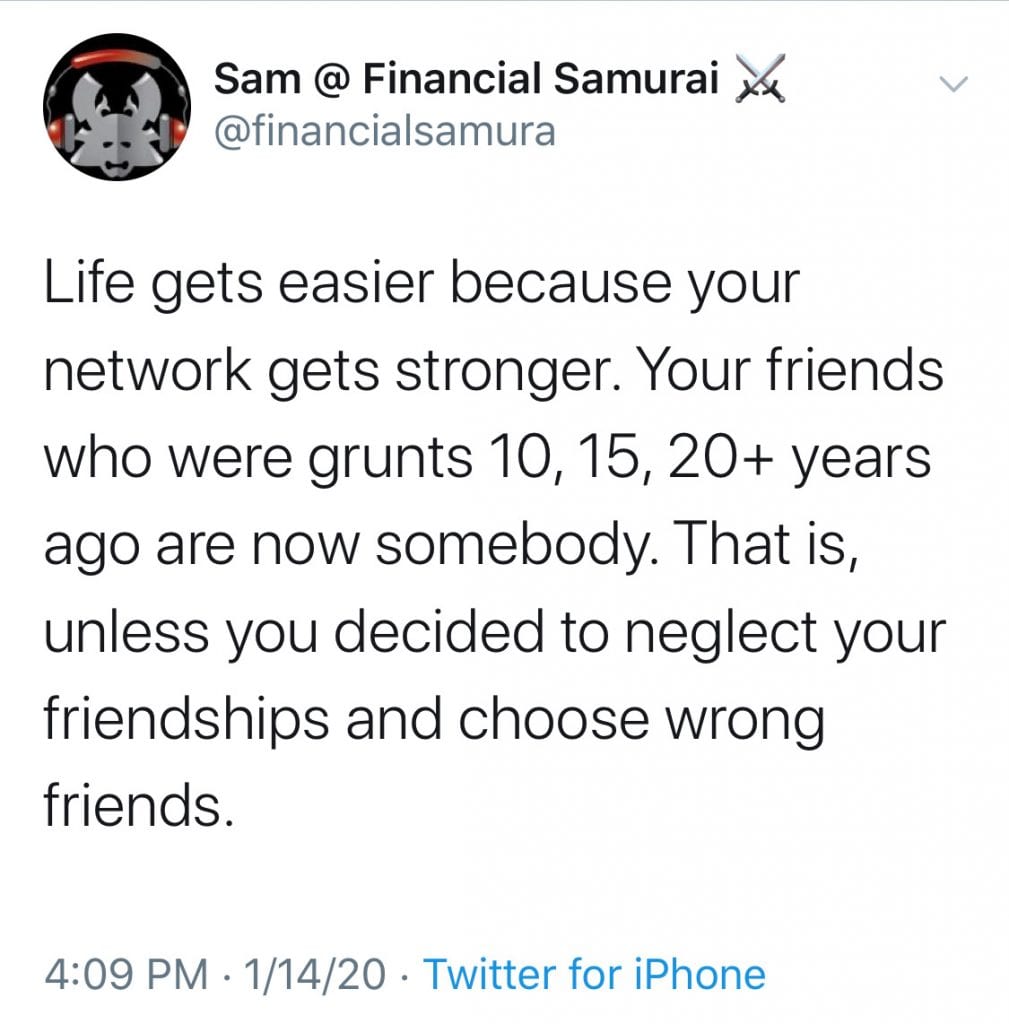 With a network, 10 people isn’t only 10 people. Ten people in a network is equivalent 100 people (N-squared), as each person within the network has other connections outside of the network.

In other words, if you “know a guy,” then your guy knows another guy….

Take for example an event I co-hosted with Mike Bolen of Mindset Squared. Mike is a successful real estate developer, and his business partner manages and invests in outside properties. We walked around as they showed me a house they are preparing to flip.

A real estate investor (one guy, Mike) would know

People who attended the event included start-up founders, an entrepreneur who began as a mechanic who expanded into franchising his methods, and many others. Each person knows someone who knows someone, and on and on….

There are two types of networks – information networks and personal networks.

You are inside an information network right now. When you learn from someone you wouldn’t have access to, you’re networking your mind with other minds.

Maybe you’ve never thought about networking that way, and now you should, for two important reasons: Your mind is open to new possibilities as you’re able to expand your network into the living and the deal. And also because what you’re reading becomes who you are.

“You can put distance between yourself and the center of your nation or your family, but you can never totally cut your lines of connectivity. Even when we turn inward, an army of invisible others speaks through our thoughts, twists our emotions, and populates our privacy.” – Howard Bloom, the Lucifer Principle.

How can you create personal networks?

The single best way to form a network is to attend events. I really have no patience for people who say they have trouble meeting people if they aren’t attending events.

The best events are transformative and mindset based, and the best mindset training I’ve ever gone through is Mastery In Transformational Training. (Listen to my podcast review here.) If you want to meet people like [x], then attend an event where people are [x].

Sure, people have social anxiety or whatever, but you need to fix that, and there are thousands of resources on that. Generally speaking, dress to impress.

Compounding Networks and What this Means.

Play iterated games. All the returns in life, whether in wealth, relationships, or knowledge, come from compound interest. – Naval Ravinkant

The upsides of networks include downsides. For example the enemies you make will shut you out of their networks.

Why do you think even very rich and “alpha” men are afraid to admit they voted for Trump?

In Silicon Valley or Wall Street, people who voted for Trump will be shut out of networks. Even one or two noisy haters can shut down a deal, under the principle of The Most Intolerant Wins.

If you make enemies over the years, you’ll lose out on network effects.

Those networks may also conspire against you, as Peter Thiel did against Gawker. Gawker made a lot of enemies, and it appears that its legacy lives on, as many in the fake news media continue to lie about, stalk, and harass people.

It only takes one person to ruin a network. (Trust.)

Successful networks are high-trust, because it only takes one person to destroy a network.

In my own personal network, a person who was indulged by far too many (against my wishes) for far too long wreaked havoc on the personal and professional lives of many by gossiping, back-biting, lying, and overall thinking he was a Secret King destined to rule us all.

You must purge any low-trust person immediately, and if you want to remain in networks, you must exemplify high-trust at all times.

You are your network.

It’s been shown, for example, that having network effects extend to weight management and obesity:

As described in the July 26, 2007, issue of The New England Journal of Medicine, the researchers found that friendships can have a crucial influence on a person’s weight. The likelihood of becoming obese increased by nearly 57% if a close friend had become obese. In same-sex friendships, a close friend becoming obese increased a person’s chance of becoming obese by 71%. The effect was strongest among mutual friends, with the risk of obesity rising by 171% if a close mutual friend had became obese.

Health gains compound over time. Eating dessert now and then isn’t going to hurt anyone, but if you’re out with people who chose clean food vs. appetizers and desserts, you’re going to be nudged into the direction of least resistance. 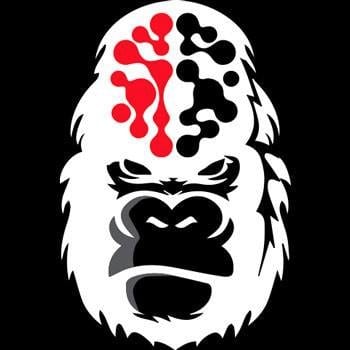