“I don’t want to seem starstruck, but this film is amazing,” the large retired SWAT officer who was providing personal protection for my wife and I said after watching Hoaxed.

No ANTIFA creeps showed up because I didn’t invite any members of the media to attend Hoaxed. I’ve learned that “journalists” will leak the venue to ANTIFA in order to incite violence. That’s exactly what happened in New York, and once the details goes public (there’s an active police investigation), you’ll have a full understanding of what happened that night, and how the media works with ANTIFA to direct political violence.

“Babe, this is the film you wanted.”

I was driving to a dinner for backers when a text arrived. It was my wife telling me the Hoaxed rough cut was ready. “This is the film you always wanted to make.”

I pulled over to Philz coffee in El Segundo to grab a large black Philtered Soul (my drink of choice) and watch Hoaxed.

Hoaxed was better than I could have imagined.

A lot of you don’t know that Hoaxed is my second feature-length film. My first, Silenced, had a strong cast. It hit two of the three R’s.

Silenced was the right film at the right time. Visually it wasn’t what it should have been.

It didn’t turn out to be the success it should have been, due to issues not worth discussing here.

You can watch Silenced here.

Although I knew the audience would enjoy Hoaxed, they loved it.

That’s a body language tell that can’t be easily fake.

If you have a good movie, people will be happy for you. They’ll shake your hand.

When those cheeks are rosy, you know you have a hit.

Hoaxed was a different level of the game.

And that’s not bragging. I produced the film. I didn’t make it.

Before becoming a filmmaker, I didn’t know the difference between a producer and a director.

A producer raises the cash, offers direction, and provides strategy.

Directors do the rest.

The co-directors will tell you I’m a bit more involved than a lot of other producers. I want to make sure the film has flow, and I offer creative direction. Though 90% of Hoaxed was the co-directors vision.

Jon Du Toit and Scooter Downey also edited the film. They edited all of the footage, rendered it, and dealt with the drama of 4K footage from a Red camera.

(If you know anything about films, you realize how hellish their lives were for the past 18 months.)

The direction, composition, and VFX were done by very hard-working film makers and musicians.

You had to been there to feel the Energy. 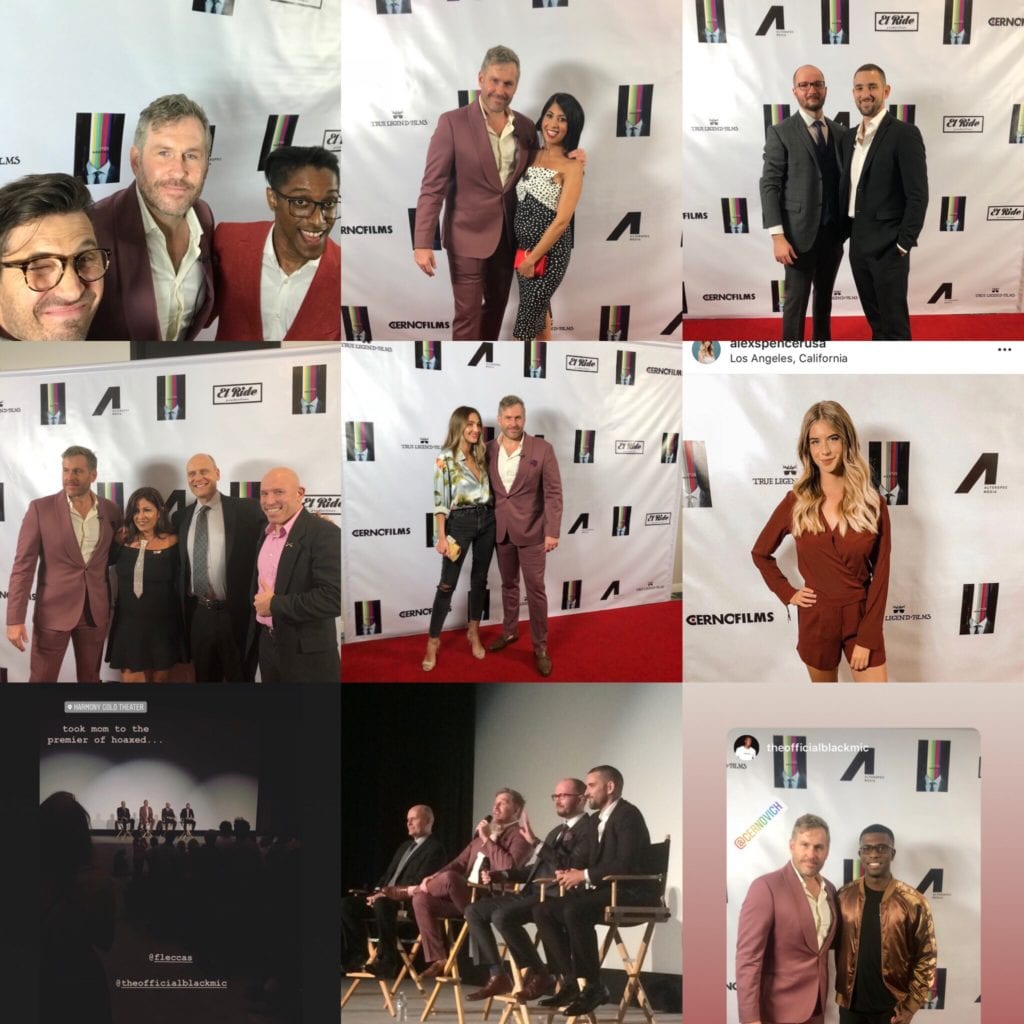 Earlier that day I had a booth at Politicon for Hoaxed.

Politicon had invited me to do a panel, but I don’t like panels.

I like being on the floor. Let people who like me come over. Let the haters come over. Have trolls take my picture. It’s all good. As a field commander, it’s on me to know what people think.

Despite what you read on the Internet, the vibes of the people coming over to the booth were positive.

Only one person was a creeper, and he didn’t start any troubles, so I told him, “God bless you.”

The idea that a lot of people hate me is a great media hoax. I am beloved by the people.

Stefan was also a huge draw.

Watch the trailer for Hoaxed.

Watch my Interview with Tim Pool for Hoaxed.

When will Hoaxed be released to the general public?

That date may change based on factors outside of our control.

Trust me, I want this film out. And certainly before Thanksgiving.

If making culture-changing movies were easy or took only a few days, everyone would do it.

What cities will Hoaxed be shown in?

We’ll be going to New York and Washington, D.C. in mid-November.

And some other select cities.

If you want us to bring Hoaxed to your city, tell me where that is.

What city do you want us to show Hoaxed in?

We made a music video for Hoaxed.

Yellow Red Sparks is a bit of a folk hero, and he wrote an original song for Hoaxed called, “The Great Media Hoaxed.”

You can watch the Great Media Hoax here.

You can watch Hoaxed here.