I have no idea how this stuff is counted, but according to iTunes, Hoaxed is an all-time best selling documentary, having sold more copies on iTunes than Won’t You Be My Neighbor and Jiro Dreams of Sushi and is right behind Blackfish. To be honest this doesn’t seem plausible, those are huge films, but that’s literally what the data is showing. Whatever, I’ll take it. 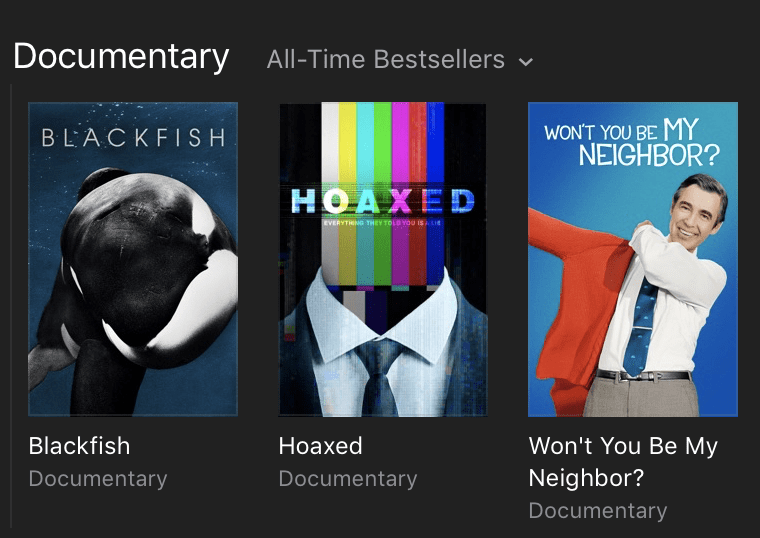 Hoaxed has been the top-selling documentary in the world on all platforms worldwide.

Hoaxed also hit the top 40 in all films, and outsold Parasite at one point.

Seems wild to be, but the data doesn’t lie.

On YouTube Hoaxed is selling more than Uncut Gems, a film with a $20 million budget. 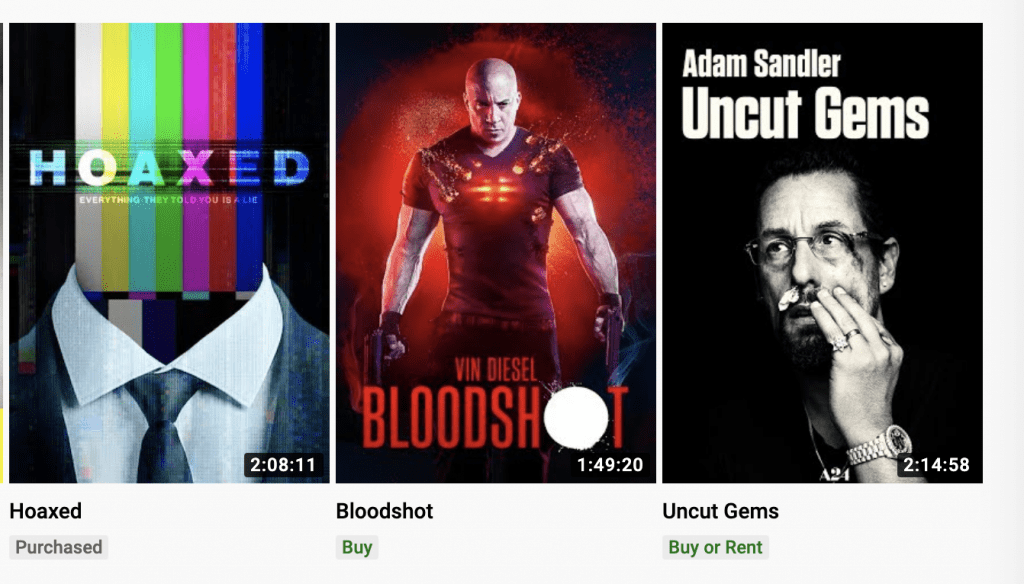 Thank you for waaaaay exceeding my expectations with Hoaxed!