CNN contributor Joe Lockhart admitted to making up a conversation between Republican Senators today on Twitter. 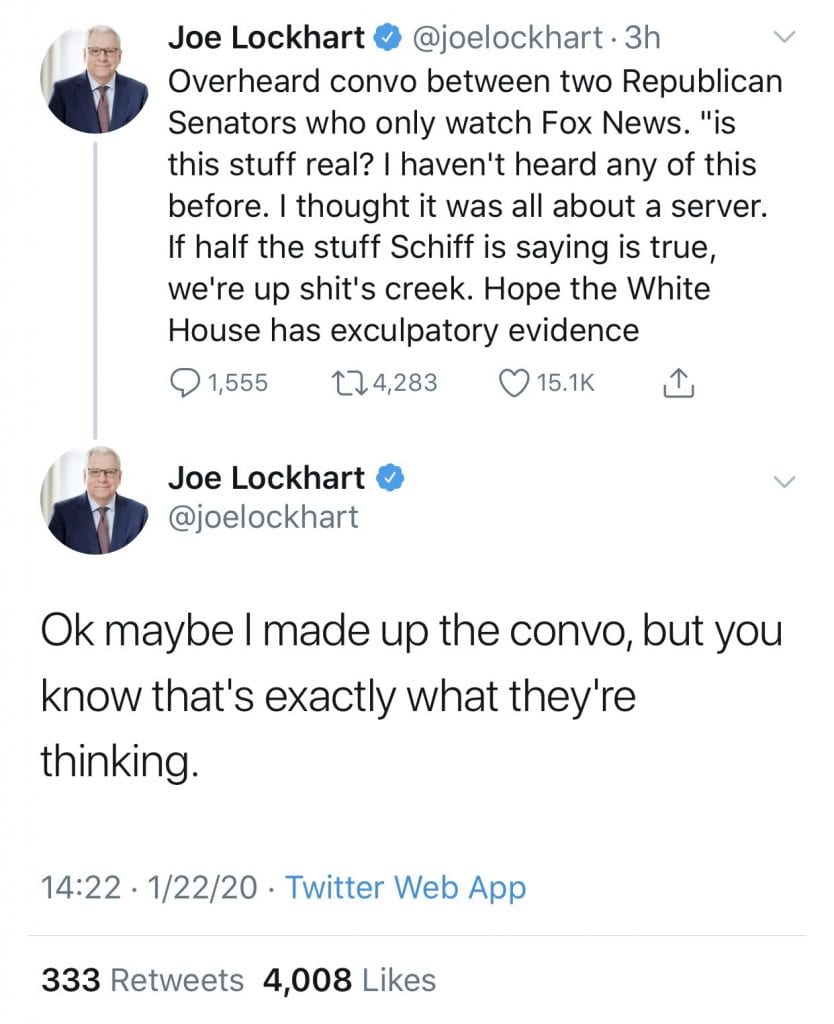 CNN just settled a lawsuit for spreading fake news about Covington. Apparently CNN contributors don’t care and will continue to lie about people.

Overheard convo between two Republican Senators who only watch Fox News. "is this stuff real? I haven't heard any of this before. I thought it was all about a server. If half the stuff Schiff is saying is true, we're up shit's creek. Hope the White House has exculpatory evidence

Ok maybe I made up the convo, but you know that's exactly what they're thinking.

Joe Lockhart’s disinformation was widely shared by other corporate media reporters and columnists, including Jennifer Rubin of the Washington Post.

Is anyone surprised that @JRubinBlogger would push Joe Lockhart's FAKE NEWS tweet to her followers? pic.twitter.com/YBuQaWp5e1

We went deeper than I expected in this episode on Ayahuasca Listen here on SoundCloud and leave a review on...