You are here: Home / Culture / Des Moines Register Reporter Aaron Calvin Tweeted About a Desire to Teach Kids How to “Turn Tricks”

Although the Tweet doesn’t mention the ages of the “kids,” Aaron Calvin was responding to Mackie Saylor. According to Saylor’s webpage, she works with children. Review of her work shows that the children she works with are between 8 and 13 years old, and in some cases are younger. I won’t link to her work to protect the privacy of the children.

In another Tweet, Calvin said it was his dream job to read sex stories to high school students. 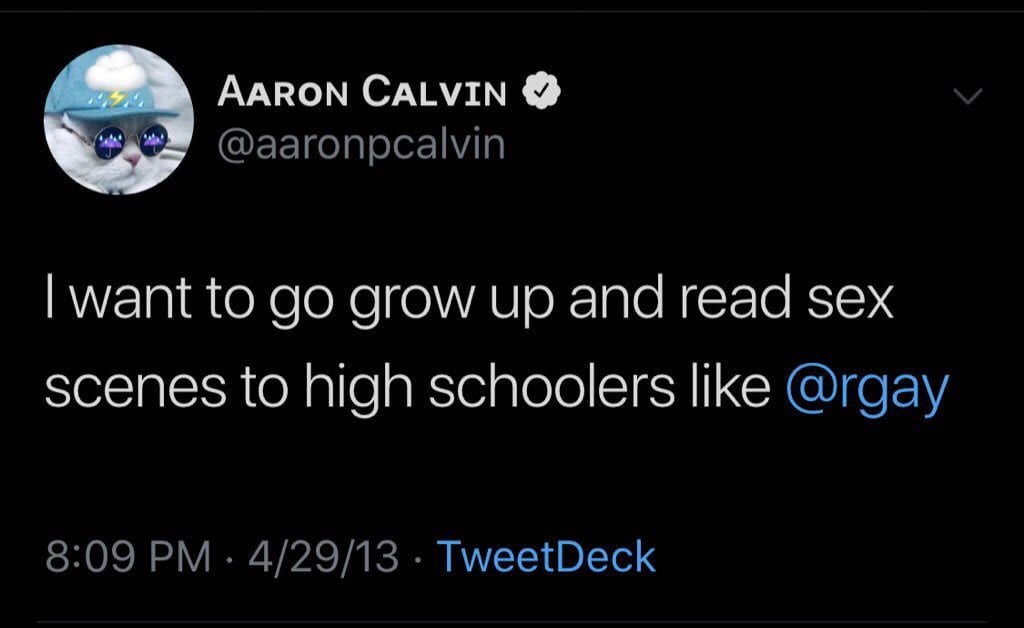 The Des Moines Register is a sickening place, where its reporters want to read sex stories to high school students and teach young children how to use drugs and “turn tricks.”