You are here: Home / Culture / Could You Quit Coffee for 30 Days?

On day 3 I broke out in a cold sweat. On day 5 I tried lifting but even doing one bodyweight squat had me panting. My entire body ached. It felt like the flu without vomiting. On day 7 I woke up ready to kick ass as usual. Finally. Caffeine withdrawal is no joke.

Now why would anyone quit drinking coffee when there are manifold health and performance benefits to caffeine? Plus, if you use a Chemex and the right beans, coffee tastes divine. (Yes, black coffee. If black coffee doesn’t taste full and rich to you, use a Chemex or Aeropress and FRESH beans from Blue Bottle coffee.)

I quit caffeine cold turkey rather than tapering off because some symptoms of burnout were showing. I know my body well and have pushed it to the breaking point several times. Once I have to keep amping up the caffeine to feel “normal,” something is going to give.

I would drink a Monster energy drink (250 mg caffeine) first thing in the morning. Then drink some coffee for the antioxidant boost. Then either another Monster in the afternoon or that new “Bang” drink, which has 300 milligrams of caffeine per can. On any given day I’d be taking in 750 mg to one gram of caffeine a day. (Starbucks drip coffee has 180mg for a short, and 410 for a venti.)

Yes, coffee is a drug, and a powerful one.

Drug is a loaded term. Good drugs are called medicine. People don’t like to think of caffeine as a drug, but science doesn’t care how you feel.

Caffeine is a competitive adenosine receptor antagonist, thus blocking endogenous adenosine, thus preventing the onset of drowsiness, caused by adenosine. Individuals who regularly consume caffeine have increased the number of adenosine receptors in their central nervous system (CNS) and become more sensitive to normal physiologic effects of adenosine. In classical drugs of abuse, such as amphetamines and cocaine, adenosine stimulates dopaminergic activity in nucleus accumbens, thus producing dopamine-like effects in that part of the brain, which accounts for its addictive potential. However, caffeine does not induce a release of dopamine in the nucleus accumbens but leads to a release of dopamine in the prefrontal cortex, which is consistent with caffeine reinforcing properties. Caffeine also stimulates glucose utilization in a caudate nucleus, which mediates motor activity and regulates the sleep-wake cycle.

Coffee is a healthy drug, and in fact many studies show that drinking coffee can extend lifespan and militate against dementia and Parkinson’s:

Most cases of Parkinson disease (PD) over age 50 are sporadic, and twin studies strongly suggest a predominance of environmental over genetic etiologies.1 However, few factors have been found consistently in epidemiologic studies to have major effects, protective in all cases: smoking, urate,2 and caffeine consumption.3 The protective effect of caffeine (found not only in coffee, but also in tea, and some sodas) has been demonstrated in large prospectively followed populations of men, with a dramatic reduction in risk (up to fivefold for persons who drank more than 4 cups of coffee a day). Decaffeinated coffee afforded no protection, pointing to caffeine rather than other substances in coffee or tea as the underlying pharmacologic agent

Caffeine also boosts athletic performance and helps you use stored fat for energy when in a fasted state:

Caffeine as a lipolytic food component increases endurance performance in rats and athletes.

Caffeine is one of the famous ergogenic aids in the athletic field. Caffeine has been known to stimulate lipolysis that spares stored glycogen utilization during moderate intensity exercise

If you want to protect against Alzheimer’s, caffeine the f-ck up:

(Pictured below: The two most commonly consumed drugs in America. One drug has health benefits.

The other, sugar, will kill you.) 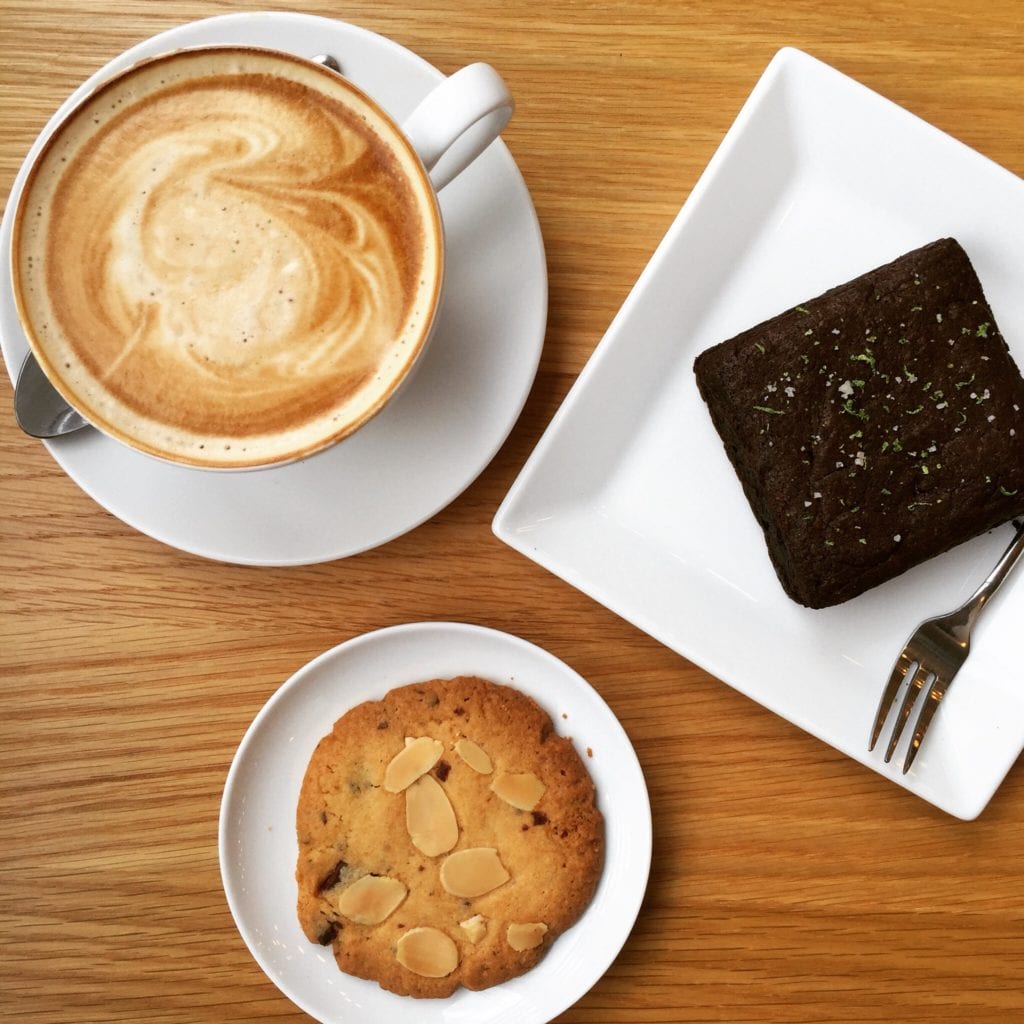 According to science, “Multiple studies have demonstrated that caffeine withdrawal syndrome is a clinically relevant entity, and is included in the Diagnostic and Statistical Manual of Mental Disorders (5th ed.; DSM–5; American Psychiatric Association, 2013).”

Do you know how your legs feel after leg day? You’re stumbling around. You’re sore. It hurts.

My body felt worse than after a full body leg day style workout. There was a deep ache, and apparently this is common.

I felt all of the above, especially on days 1-2. Some people also have constipation, that’s not an issue as I supplement with magnesium.

Yes, the headache has been a non-stop pulsating on the sides of my head. These have lasted every day for a few days, although the severity has decreased significantly.

How long does caffeine withdrawal last?

Depending on how much coffee you drink, withdrawal can last anywhere from 48 hours to two weeks.

The last time I went more than 72 hours without caffeine was in 2011.

It took me two weeks to withdrawal fully.

Most people taper off of coffee rather than quit cold turkey, as the caffeine withdrawal symptoms are milder. If you drink 3 cups of coffee a day, lower your intake to 2.5 cups for one week. Then drop a half cup each week until you’re off. You won’t feel hardly any withdrawal symptoms if you taper slowly.

Cold turkey is for people who must get some rest and mellow out.

How tired are you if you quit coffee cold turkey?

I slept for 16 hours for the first 3 days due to physical exhaustion. My entire body felt like it was lead. Walking into the next room left me winded.

I had been pushing my body and mind too hard for too long, and quitting coffee cold turkey forced me to relax for a few days. The best benefit of stopping suddenly is you must get some rest. Your body won’t give you a choice.

Invariably people will say, “Why would you quit drinking coffee? It’s so great!”

Those are called people who don’t read, because I explained my reasons for dropping coffee.

I was no caffeine at all, from any sources, and this included green and black tea, although you can enjoy “herbal” tea. 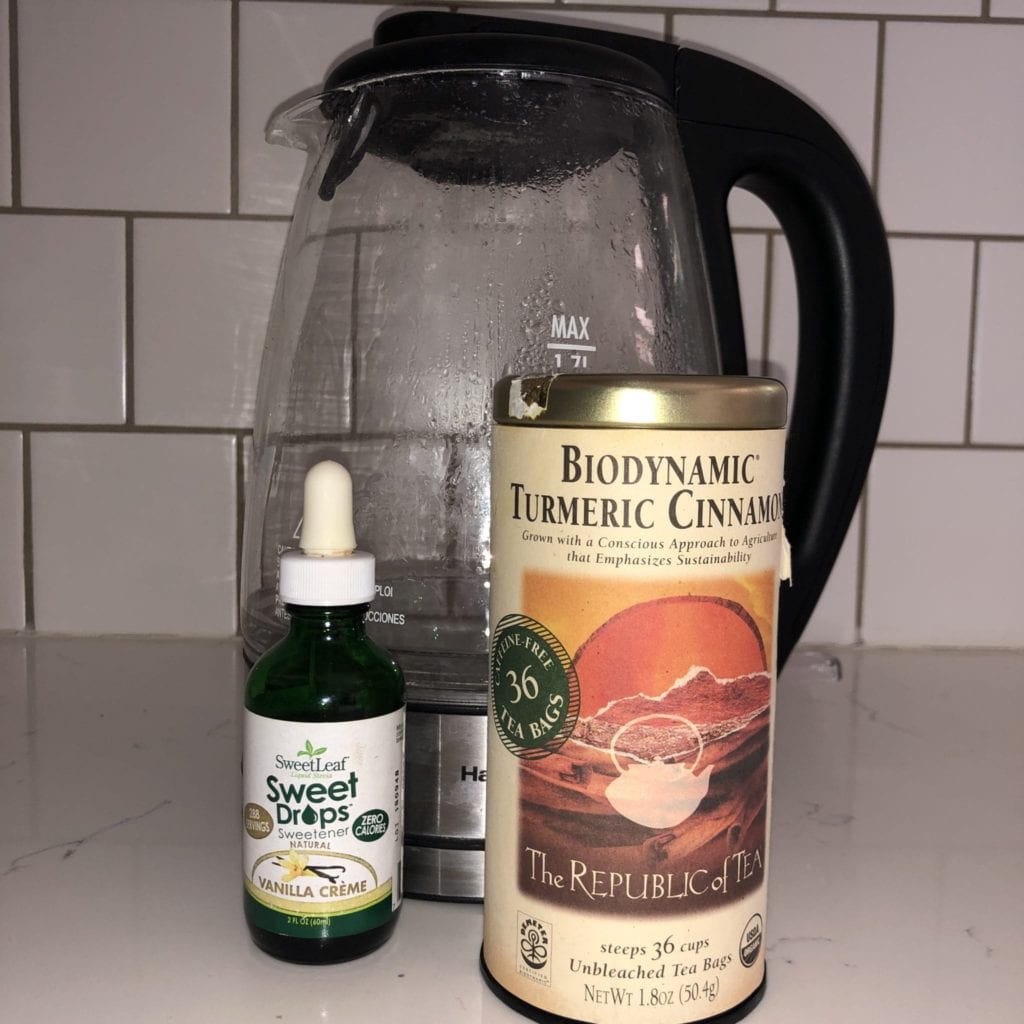 I also enjoy cans of Zevia, a refreshing drink made from the plant stevia. Check the bottom of the cans to make sure it’s labeled caffeine. Cream Soda is my favorite flavor.

Day 1 – Complete fatigue, could barely get out of bed. Chronic headaches, although nothing severe as a migrane. Slept 16 hours.

Day 3 – Broke out in a sweat, still tired, still had a headache, vision blurred for a minute.

Day 4 – More of the same, except not as sleepy. Back to a normal sleep schedule.

Day 5 – Went to gym but “phoned in” the workout as I was weak weak weak.

Day 7 – Today. Woke up with the usual HYPE I feel for life. Headache is persisting.

I’ll be back on coffee soon, because it’s healthy and makes you feel good.

For me, quitting caffeine cold turkey was about self-management and self-care.

If you’re feeling burned out, consider cutting down the caffeine for a forced “vacation.”

Or taper it down.

Or don’t do anything at all.

It’s your life, after all!

And if you want to get HYPED, try Gorilla Mind Rush and Smooth. 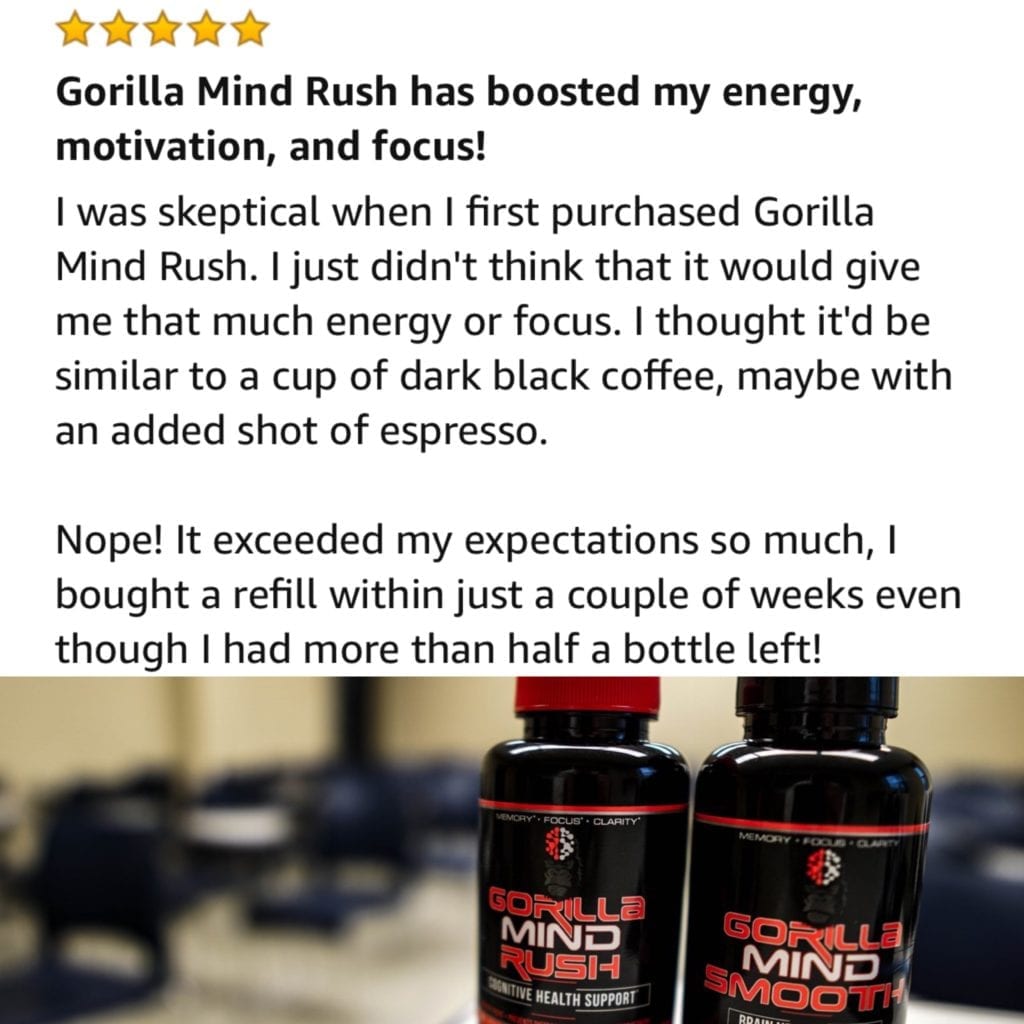