You are here: Home / Business / Bitcoin Billionaires by Ben Mezrich

I never believed the hate-hype about the Winklevoss twins, because like them I bear the burden of being beautiful. Of course people hated them, because they were also tall, from a proper family, and obscenely rich. But I hadn’t realized how bad they had it, relatively speaking.

For example, they were shut out of Silicon Valley as pariahs because Facebook was the It Kid. To contextualize how bad the twins had it, imagine what would happen to even a mainstream Silicon Valley player who came out pro-Trump. (Peter Thiel had to leave town.)

Who are the Winklevoss twins, you might ask? All I remembered about the Winklevoss twins was that the media wanted me to hate them. Two modern day American Psychos with slicked back hair and form-fitting suits. Several years ago they were in the news for a lawsuit involving Facebook. Either they co-founded the company, or hired Mark Zuckerberg to build it for them, and then Zuck betrayed them.

Bitcoin Billionaires is a redemption story of sorts, which is an unusual take to me because the twins had already won at life. They were rich, tall, and great-looking. Who cares if some dorks in SV don’t want to play with them?

They cared, and it’s clear throughout they took the slight personally. 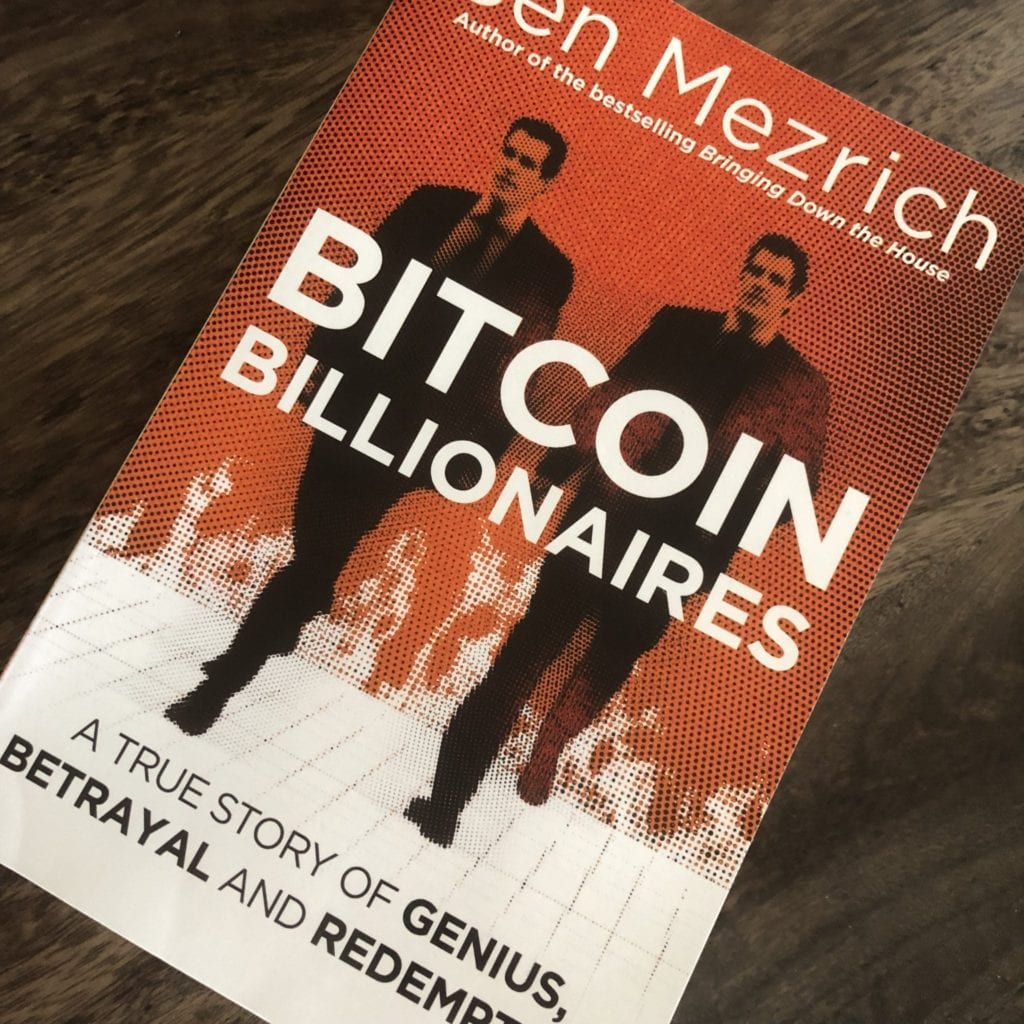 Quotes from The Count of Monte Cristo are spread throughout Bitcoin Billionaires, which suggests the Winklevoss twins wanted revenge against Mark Zuckerberg. If so, they succeeded, as “Living well is the best revenge,” second only to making billions on Bitcoin.

A few quibbles from me of course. There are far too many party scenes of Ibiza and descriptions of how hunky the twins are. (Remember, I’m pro-beauty. But we didn’t need to be remind over and over how tall and muscular they are.)

One would get the impression from Bitcoin Billionaires that the Winklevoss twins have done no wrong, ever. No one is that vanilla, even two WASPs from Connecticut. (As the Kennedy family has shown, its often those types who have the most “interesting” back stories.)

Bitcoin Billionaires also gives the Winklevoss twins too much credit in driving Bitcoin into the mainstream. The twins didn’t code or do any Bitcoin tech, and their company Gemini is a much smaller player than Coinbase. It’s best to understand the Winklevoss twins as savvy investors rather than blockchain innovation drivers.

All of the above feels like nit-picks, which you’ll have to forgive as I know the crypto space better than most and thus am able to see some misunderstandings in the book, such as the part describing Ross Ulbricht’s case. Charlie Shrem is also treated unduly harshly, although the book is from the Winklevoss twin’s perspective, and it appears they all had some falling out.

Bitcoin Billionaires is a fun read with interesting details throughout, and I recommend it.

Be sure to also watch Banking on Bitcoin, a documentary that focuses on some of the more central players who were moved to the periphery fore the Winklevoss twins biopic.