“The Expendables was so manly I f-cked the shit out of the little pussy boy next to me! The boys ARE back in town,” James Gunn tweeted, and he said much worse.

Gunn had no shortage of conservatives rushing to defend him aggressively:

Yesterday social media icon Paul Joseph Watson was banned from Facebook, and neither Shapiro nor French could muster a defense.

That seems a tepid, doesn’t it?

When speaking of Gunn Shapiro was must more assertive:

Why was Paul Joseph Watson banned from a social media monopoly? No one knows, and there’s no evidence that Watson violated any social media rule or even norm. He was downright civil and British.

Yet while Shapiro is outraged by outrage at James Gunn, he’s much more chill about a social media ban, which is a problem for several reasons.

One, Facebook is a monopoly. Disney isn’t. James Gunn was temporarily fired from one job. He found another job at another studio. There is no competitor to Facebook. Someone banned from Facebook can’t simply go elsewhere.

Two, James Gunn “confessed” or “joked” about pedophilia. Watson did….nothing. At best James Gunn thought pedophilia was a funny subject. At worse he confessed to crimes. What did Watson even do? 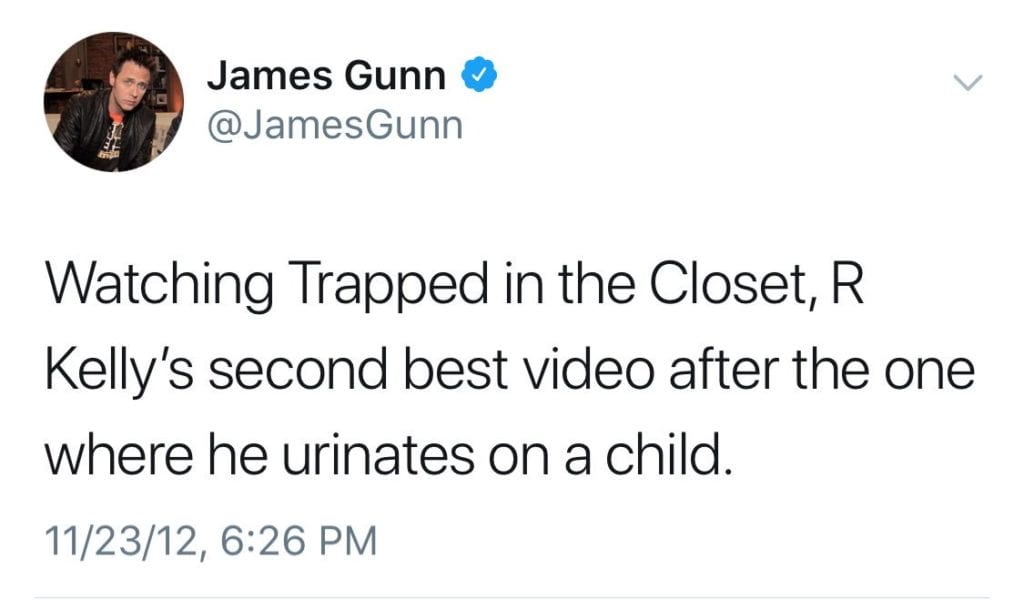 Three, James Gunn had a years’ long pattern of pedophile Tweets, and he deleted over 10,000 tweets and his blog once I began investigating him.

This picture seems too creepy to be real, but it’s authentic. 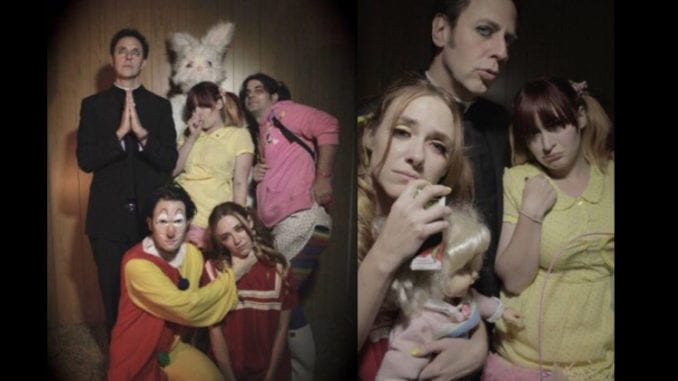 In no world do you defend James Gunn and not Paul Joseph Watson.

James Gunn is a “use test” for internet censorship.

How do you defend his free speech rights (setting aside that the entire mainstream media rushed to white knight for him) while demanding that others be censored? 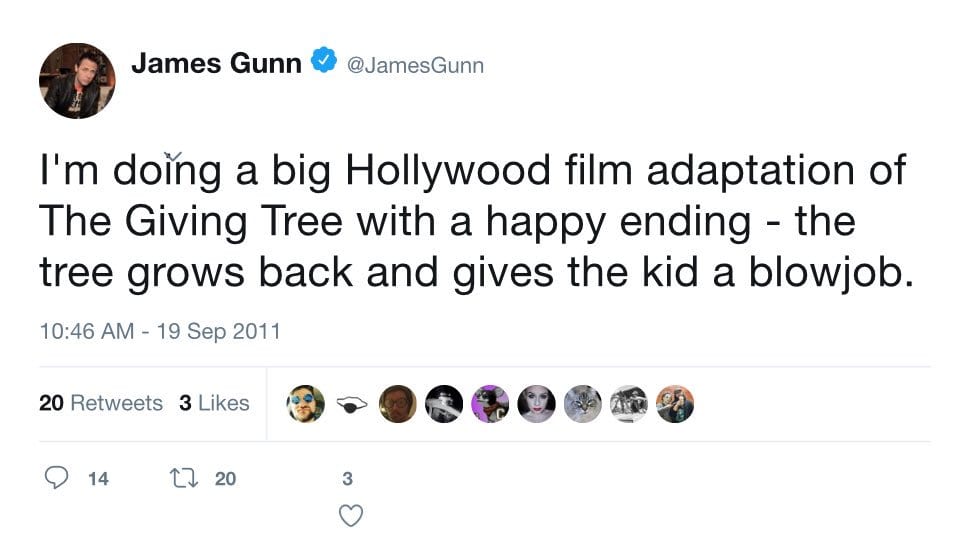 If you’re going to stand with James Gunn under free speech principles, good for you!

If you defend James Gunn while hiding when Watson and others face far greater censorship, questions are going to be asked about your motivates.