ANTIFA has one goal – to hurt people. They mask up, carry bike locks and human urine, and seek out targets. Like other violent street gangs, ANTIFA finds a person walking alone. It doesn’t matter to them if their victim is a woman, or a 56 year old Jewish man, or even a child. They want to hurt people.

For well over two years the mainstream media vacillated between ignoring the violence and running propaganda for ANTIFA, with one CNN headline infamously saying, “ANTIFA Seeks Peace Through Violence.”

Journalists who try to report the news rather than lie for their masked friends, began to see the true face of ANTIFA at recent event of 10 or so goblins who call themselves “right wing.”

Unfortunately most of what we have in America isn’t journalism, and the vast majority of bloggers at left wing sites are friends with ANTIFA and many are members of ANTIFA themselves.

They thus freaked out when a street fight against the Proud Boys and ANTIFA members surfaced. According to these far left wing bloggers, members of the Proud Boys sought out random strangers on the streets.

In this video, four masked members square up against what they perceive to be a lone man wearing a MAGA hat. 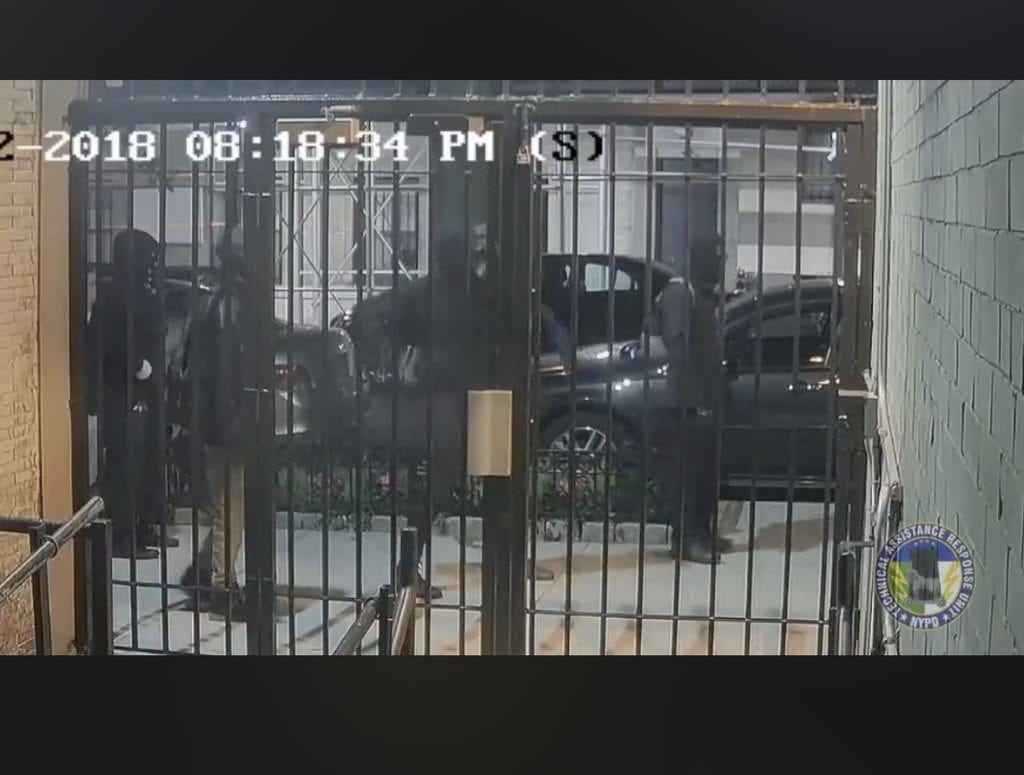 One masked gang member throws a bottle, and although we don’t know what’s in the bottle, ANTIFA members always carry urine with them.

This video, which was uploaded to NYPD’s official account, has been completely ignored by the far left wing media.

Thank you those who’ve submitted info regarding the violent incident which took place on 10-12-18 in the UES. As we further the investigation, we urge additional victims/complainants/witnesses to come forward. If you have info, call CrimeStoppers, 800-577-TIPS pic.twitter.com/amUhGvCJLg

Will the Proud Boys go to Jail for Hate Crimes?

There’s some segments in that video which go too far, although legally the case is more challenging that far left wing bloggers who never practiced law understand.

Self-defense must be reasonable under the facts and circumstances, and reasonableness is defined by proportionality. If someone punches you, the law allows a person to punch back. However a person may not use a baseball bat against someone who merely shoves him. If you punch a person back and he falls down, step away.

Complicating matters is that under New York law, there’s a duty to retreat from attackers when it’s safe to do so. New York prosecutors and juries aren’t Floridians.

If the ANTIFA member who was kicked in the head while down cooperates, then the person kicking him will almost certainly be convicted of battery, and perhaps even mayhem.

You can’t have a case of assault if you don’t have a victim, and ANTIFA members said they will not cooperate with law enforcement.

ANTIFA’s unwillingness to cooperate with law enforcement also explains why there weren’t any arrests of Proud Boys made on Saturday night. The media said the lack of arrests must have been due to racism, which is a strange analysis as the Proud Boys is multi-racial. And as is usually the case, the far left wing bloggers didn’t bother to check in with any lawyers.

To put it mildly, it’s hard to make an assault case where the victim won’t cooperate.

Kicking someone when he’s down seems bad. What if the person who did the kicking testified that the ANTIFA member claimed to have a knife or gun? In that circumstance, a kick could be understood as a reasonable act of self-defense.

Street fight cases are anything but simple, especially when both sides went looking for some action.

And ANTIFA has good reason to avoid the police. ANTIFA masks up so that they can commit their crimes anonymously. A public trial means ANTIFA must take the masks off.

The police are in a situation here. The governor of NY and mayor of NYC have demanded scalps, and politicians aren’t interested in the subtleties of the law.

Another complicating matter is: Who will represent the Proud Boys? Lawyers have lost their courage. There is no Clarance Darrow, ready and willing to act as the Devil’s Advocate.

My take on all of this.

I held an event called a Rally Against Political Violence in June 2017, because this stuff was getting out of control.

There was a counter-reaction, which led up to open street fights in Berkeley, California and Portland, Oregon.

And now groups of people both go out looking for drama.

This isn’t going to end well for anyone, and as someone who enjoys art museums, books, and other trappings of a civilized society, I’d like to see it mellow out.

When journalists lie about what happened last weekend, they are acting as propaganda agents ANTIFA.

The full story is much more complicated that the simple narratives shared, and I haven’t seen a single far left wing blogger update their reporting.

When protesters stop traffic and attack an old woman in Portland, it’s going to increase violence.

And when the Proud Boys stomp a guy in the head over and over and people say “f—-t,” you’ve done a bad thing.

It doesn’t matter if the guy hit you first. You don’t “tee off” on someone.

Now ANTIFA and their media agents will feel vindicated, which will lead to more recruitment for all sides.

There are no winners in a street fight.

The “best case” is you get a rush, which you could get by hitting a new PR in the gym, and a few hand shakes from your bros.

The most-likely case is you end up in jail.

We still have a functioning legal system.

In fact a major lawsuit is being worked on regarding an attack in New York on January, 2018. This attack was organized on social media, and those who incited violence will soon have all of their emails, texts, and messages read during the discovery process.

And always remember to never trust the fake news.