Six mothers and one father were arrested yesterday morning while protesting a vote approving amendments to SB276, a controversial vaccination-related bill. Under the new law, school children who had received medical exemptions from vaccinations would be barred from attending public/private school.

SB276 was seen as a major attack on medical freedom as a 2015 California law, SB277, already eliminated personal and religious exemptions to vaccines.

Under SB276, people like Senator Richard Pan, who is funded by Big Pharma, and Sen. Ben Hueso (convicted for a DUI that could have got a child murdered) are allowed to interfere with the doctor-patient relationship.

I spent the day with the group of people, mostly women and all mothers, who are called “anti-vaxx.”

Here’s what I learned at a protest requiring children to take vaccines over their doctors’ objections:

The moms are not “anti-vaxx.”

The media narrative is that a bunch of crazy moms decided to stop vaccinating randomly. This is a lie.

Nearly every other mother I spoke to (and I spoke to at least 100) had vaccinated one of their children. Their child had an adverse reaction, and they obtained an exemption for that child. Many stopped vaccinating their other children.

One mother described the experience of protesting at the Capitol as degrading. “If we were men, they’d take us more seriously,” she told me on the flight back.

Everyone on Twitter – even single people who couldn’t name two brands of formula – has a strongly held opinion on vaccines.

I don’t know all that much about vaccinations, which is why I attended the event in California. Why not learn? When I was single, I sure wouldn’t have had any opinion at all.

When people start freaking out about vaccines, I ask them to name some brands of childrens’ toys. The fact is that most have no idea what’s in vaccines. They don’t even know who makes something as safe and widespread as baby formula.

Most people with strongly held opinions on vaccines couldn’t tell you how many shots a child is given before he or she turns 5 years old.

People who throw around the “anti-vaxx” slur also couldn’t tell you how the United States vaccine schedule has changed. Nor could they tell you what the vaccination schedule is in Japan. 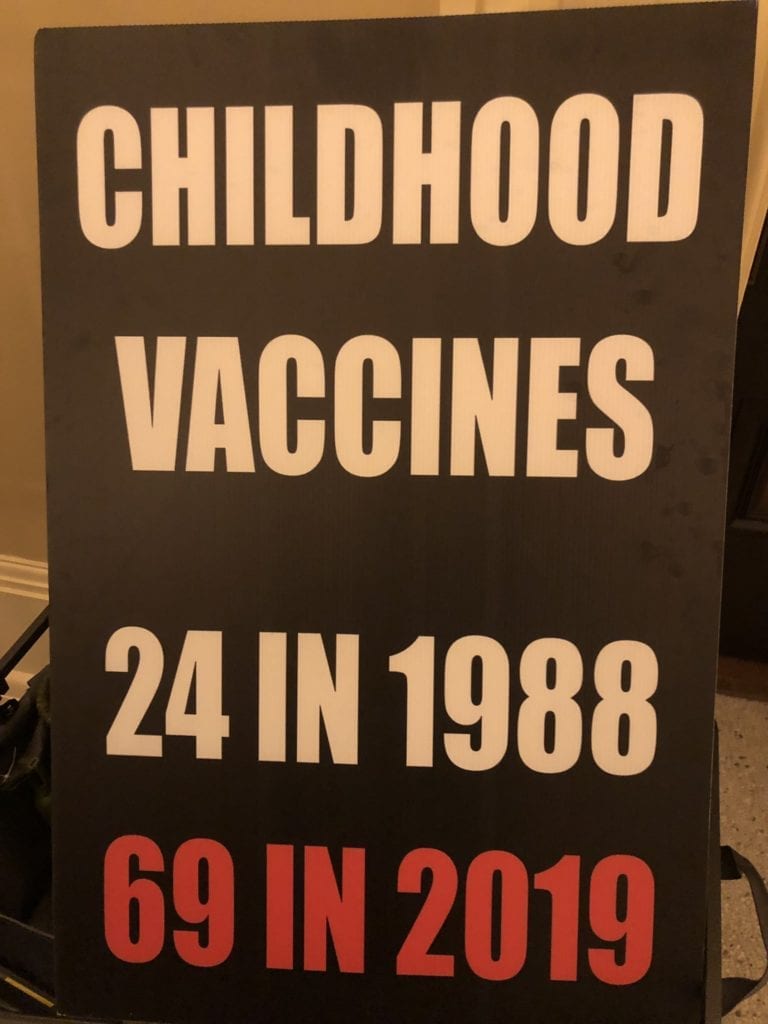 I find it hilarious that my mostly pro-Trump readers SCREAM about “anti-vaxxers” when those MAGA types have received nearly all of their “knowledge” about vaccines from the “fake news media.”

What? Yes, fact-check that one. The The National Childhood Vaccine Injury Act

There is big money in vaccinations.

If you think BigPharma is doing you any favors, think again:

Even talking about vaccines get you labelled anti-vaxx.

By writing this article, I’ll become a target. People will call me anti-vaxx. 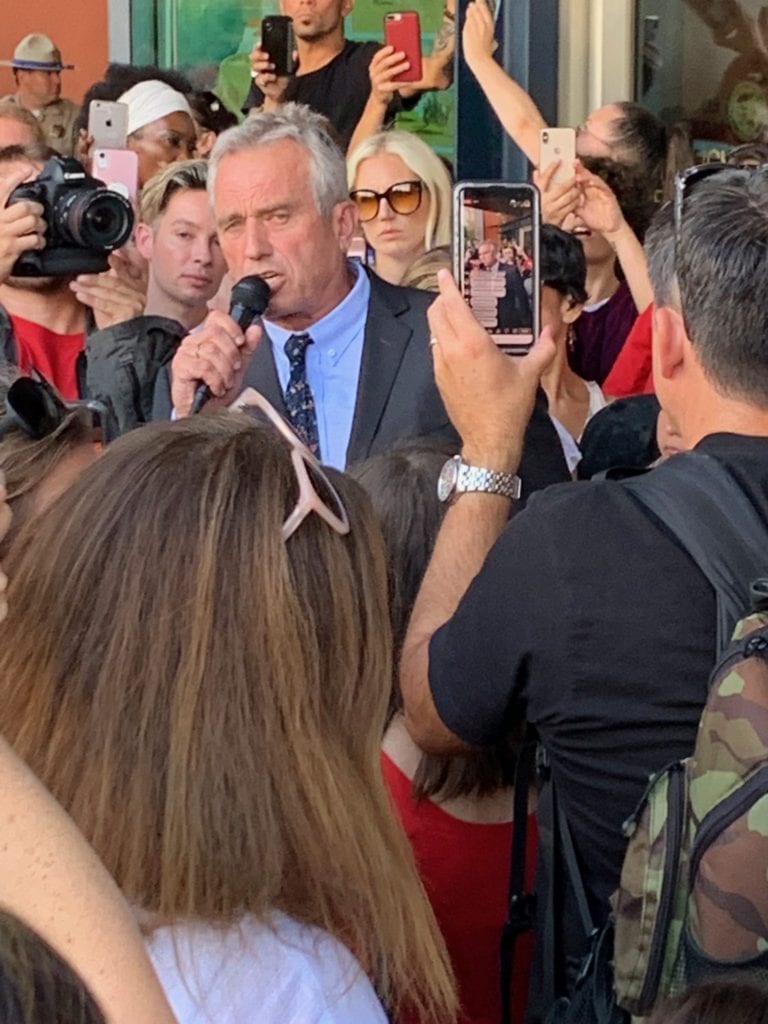 Mike Cernovich is the producer of Hoaxed Movie, which you can watch here.

Will Mushrooms Save Humanity?

Are “magic mushrooms” for filthy hippies who have checked out of life, or is there more to the story? Fantastic Fungi suggests the answer is yes in a wide-ranging documentary on psilocybin.

Loaded with mainstream, normie voices like Michael Pollan (as opposed to say Eckhart Tolle), Fantastic Fungi succeeds as a documentary for skeptics.

All plant medicine faces intense discrimination and bias, with claims ranging that medicine like psilocybin and ayahuasca are “demonic” or will “send you on a bad trip,” despite a lack of scientific evidence that supervised, responsible use of plant medicine has few downsides and updates that include

Microdosing psilocybin has been used by names you’d recognize yet never expect, and indeed many people are shocked to learn that I have a decade-long experience with 5-MeO-DMT, ayahuasca, and psilocybin.

The stereotype of course is that people use plant medicine to check out of reality, when in fact the proper use of psilocybin enhances your ability to experience reality.

People wrongly believe that using plant medicine puts your physical body on a spiritual journey, inverting the truth, which is that your spiritual body in on a journey in your physical one.

We are spiritual beings having a human experience.” – Pierre Teilhard de Chardin

Fantastic Fungi will be enjoyable watch whether you are experienced in these matters or remain a skeptic. To those who are skeptical, grab a cup of coffee or beer (totally not drugs unlike the stuff other people use) and learn about the magic underneath your feet and within your heart.

You can watch Fantastic Fungi here on iTunes.

In newly unsealed documents, Virgina Roberts directly implicated Clinton in an April, 2011 interview. (You can read her full interview here at this link.)

The relevant except says:

When you say you you asked him why is Bill Clinton here, where was here?

Roberts: On the island.

JS: When you were present with Jeffrey Epstein and Bill Clinton on the island, who else was there?

Roberts: Ghislaine, Emmy, and there was two young girls that I could identify. I never really knew them well anyways. It was just 2 girls from New York.

JS: And were all of you staying at Jeffrey’s house on the island including Bill Clinton?

He had about 4 or 5 different villas on his island separate from the main house, and we all stayed in the villas.

You can read the document implicating Bill Clinton with Jeffrey Epstein here: pic.twitter.com/5igNwmjM4y

Bill Clinton is directly implicated by an eyewitness in the Jeffrey Epstein sex trafficking ring.

Six references to Bill Clinton in Virginia Roberts' chat with her lawyers on April 7, 2011:

"Yes. I do. It was a laugh though. He would laugh it off… I didn't know if he was serious. It was just a joke." pic.twitter.com/InugMgHOz5

Labelled “Confidential,” the Jim Jordan Memo is something you’re not supposed to see.

Cernovich Media has obtained this Memo and is posted it in full.

Hardy Haberland's previous episode on, "Your Guide to Winning in Your 20s, 30s, and Beyond," was a favorite, so we...