You are here: Home / Travel / Exploring the Phong Nha Caves (With a stop in Dong Hoi, Vietnam)

After spending Tet in Hanoi, we hopped on Vietnam airlines to Dong Hoi. We had an overnight stay planned at a farmstay and then onward to Phong Nha-Kẻ Bàng National Park, home of a massive cave system. 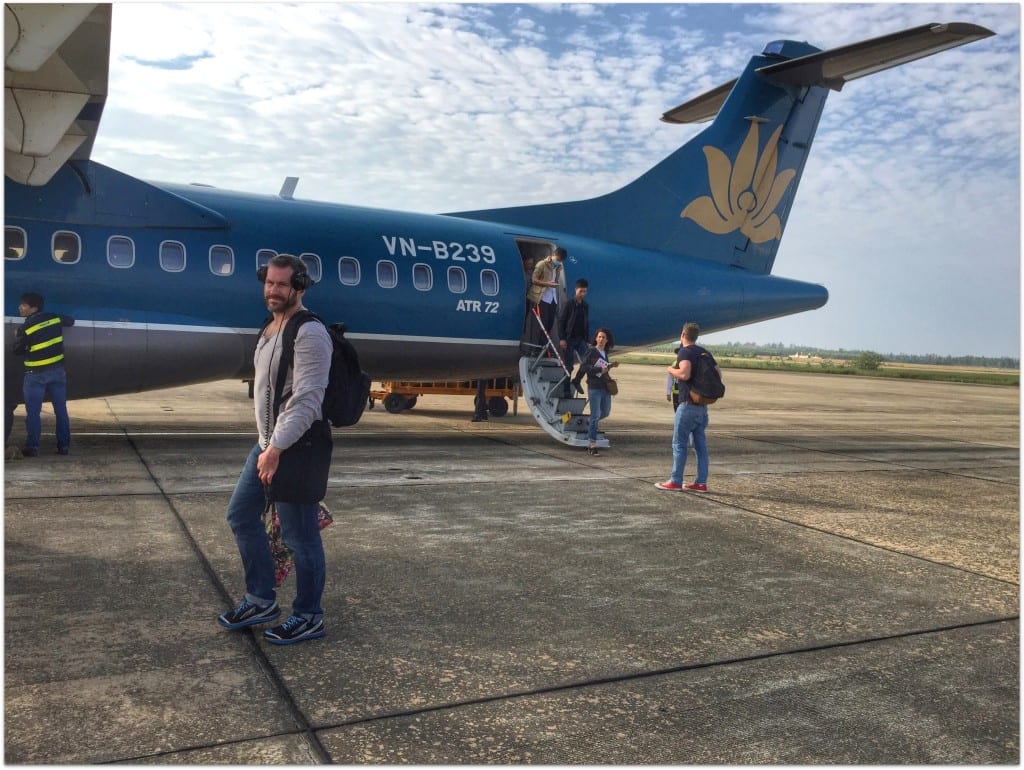 (If you fly Vietnam airlines, keep these two pointers in mind: They will ask to see the credit card you booked the ticket with and they will check your luggage ticket before allowing you to leave the airport. In the U.S. I always threw away the baggage claim ticket. That’s a bad habit to break in Vietnam.)

Phong Nha-Kẻ Bàng National Park was, to use some overused words, spectacular, breathtaking, and awe-inspiring. 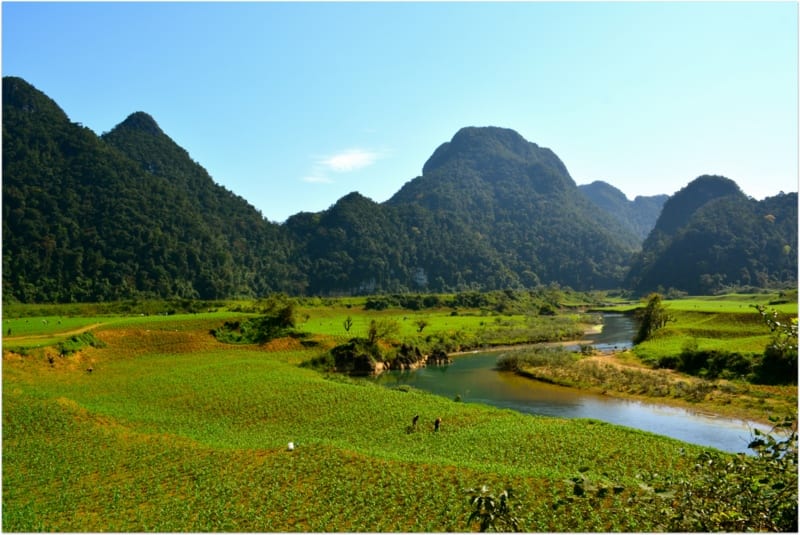 Taking a long hike is a great time to learn about local culture from your guides, who often grew up in the surrounding areas.

I learned the nearby farmers eat cows but treat their buffalo like members of the family. When thebuffalo dies, they even hold a proper burial for the animal.

Motobikes are the horses of Vietnam. 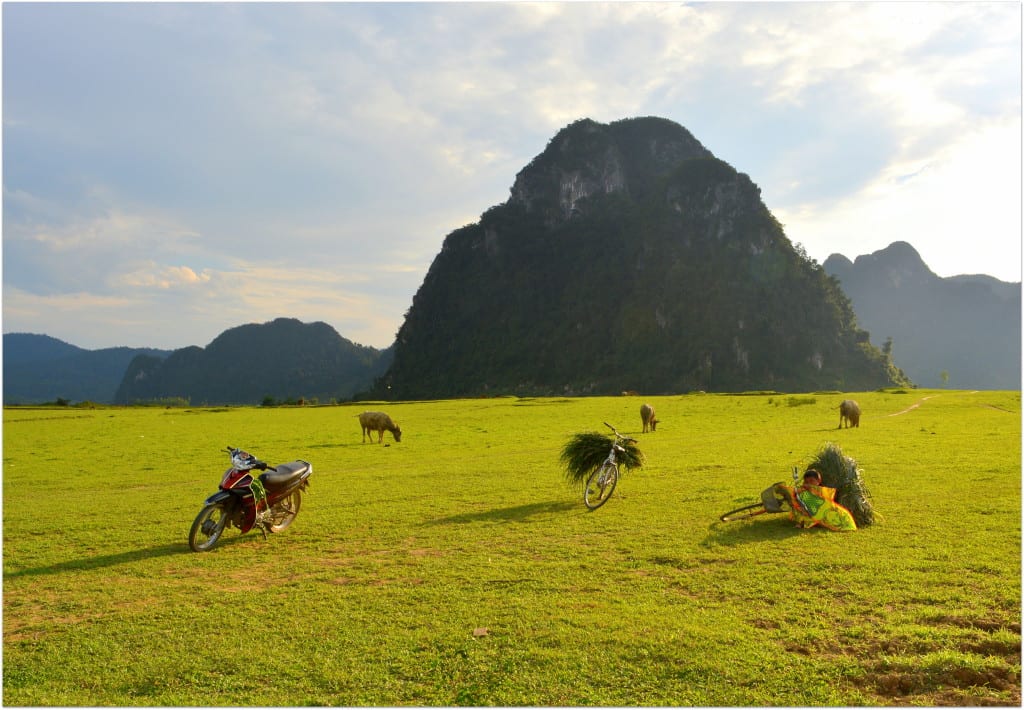 There is farmland in the surrounding areas, and we heard a funny story about “civilization.”

Our guide explained that before the caves were discovered, the women worked the corn and peanut farms. The men, having nothing to do, would sit around drinking all day.

The civilizers explained to the men they could go work in factories. For some strange reason the men left. Having never worked in a factory, they clearly had no idea what they were getting themselves into.

The moral of the story, from my point of view, is one should be careful before choosing to be civilized.

Phong Nha-Kẻ Bàng National Park looked like the setting in A Land Before Time. 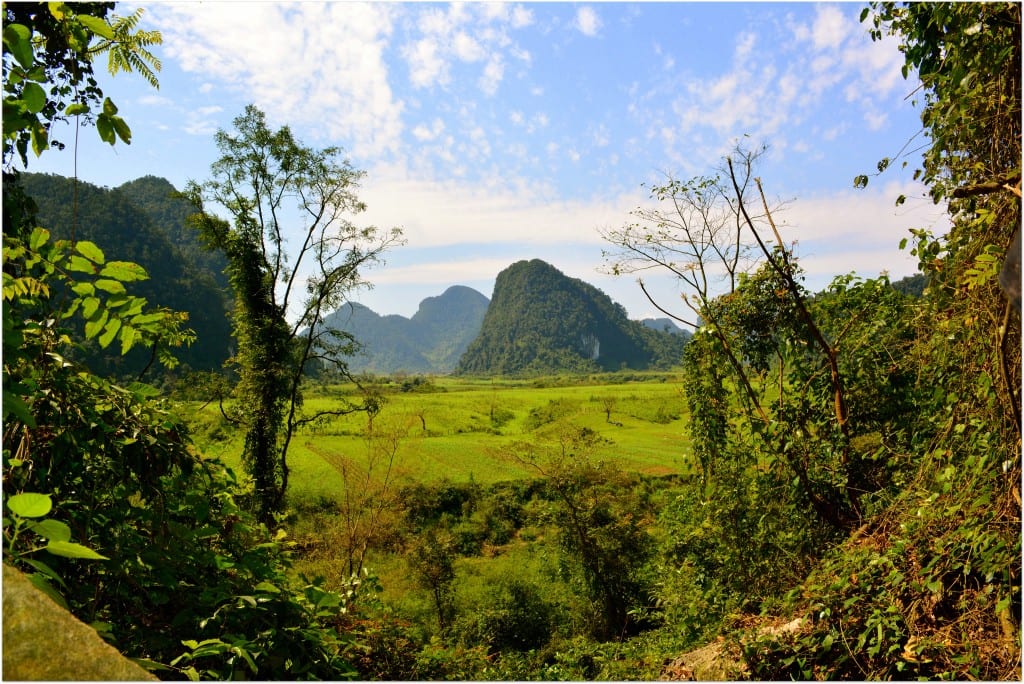 We hiked for several kilometers into the caves. 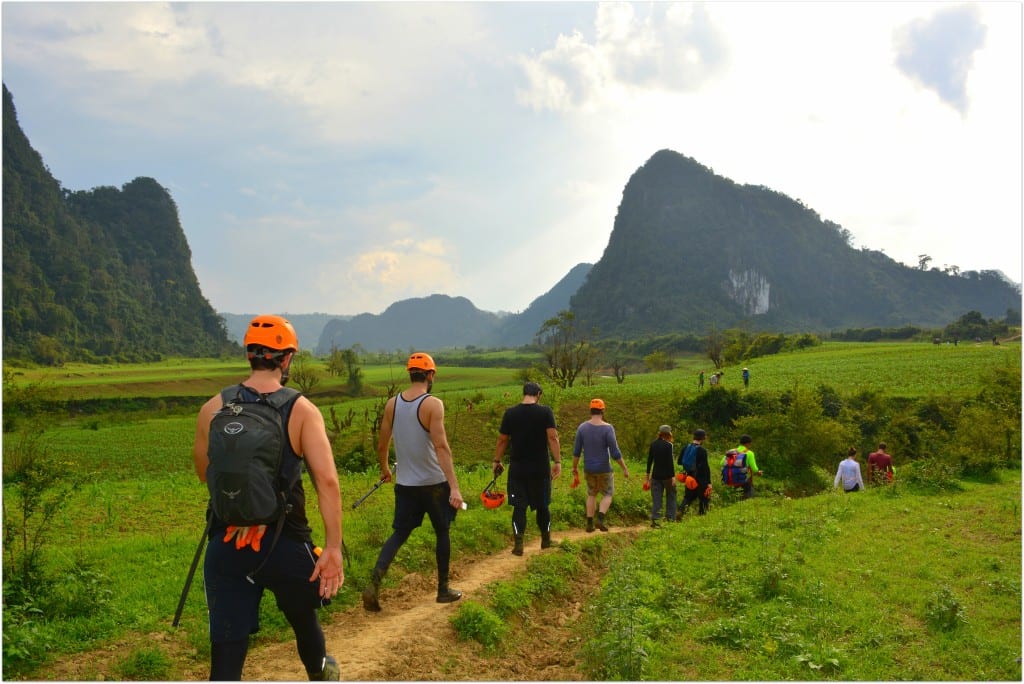 I had already been caving in Puerto Rico. Once you’ve seen one set of caves, you’ve seen them all.

The inside of the caves aren’t that cool. The walk and scenery before, during, and after being in the caves was incredible.

We were in the Tu Lan caves. 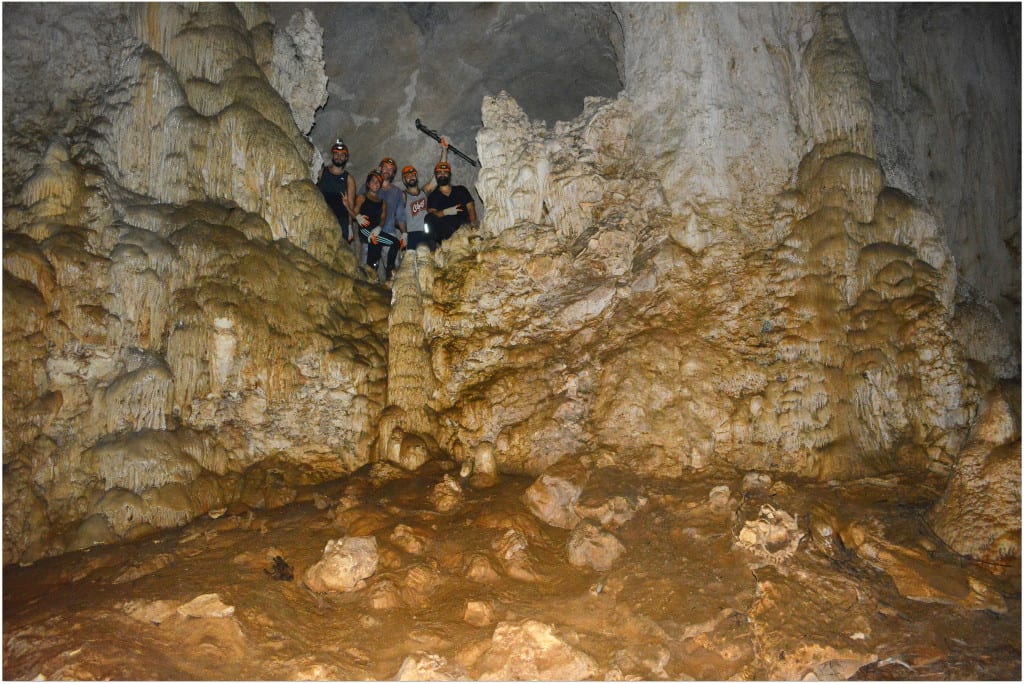 The hike was rigorous. The mountain path was steep and muddy. The rocks were jagged. Unless you’re really into hiking, you may want to think twice before taking this cave expedition. 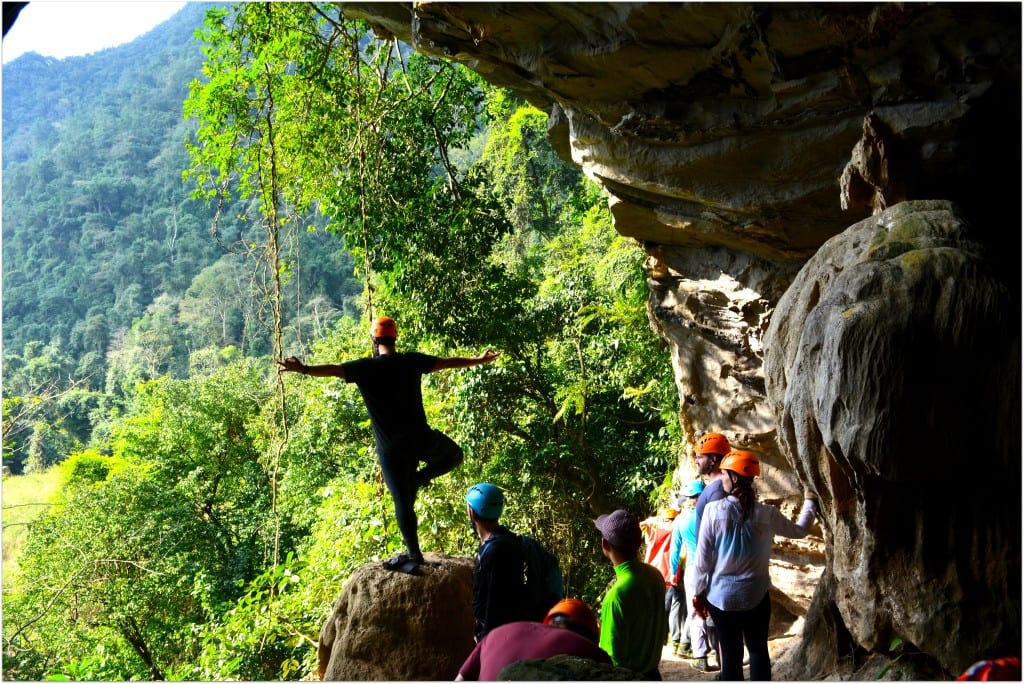 The guides, who were total professionals, made us an awesome lunch. 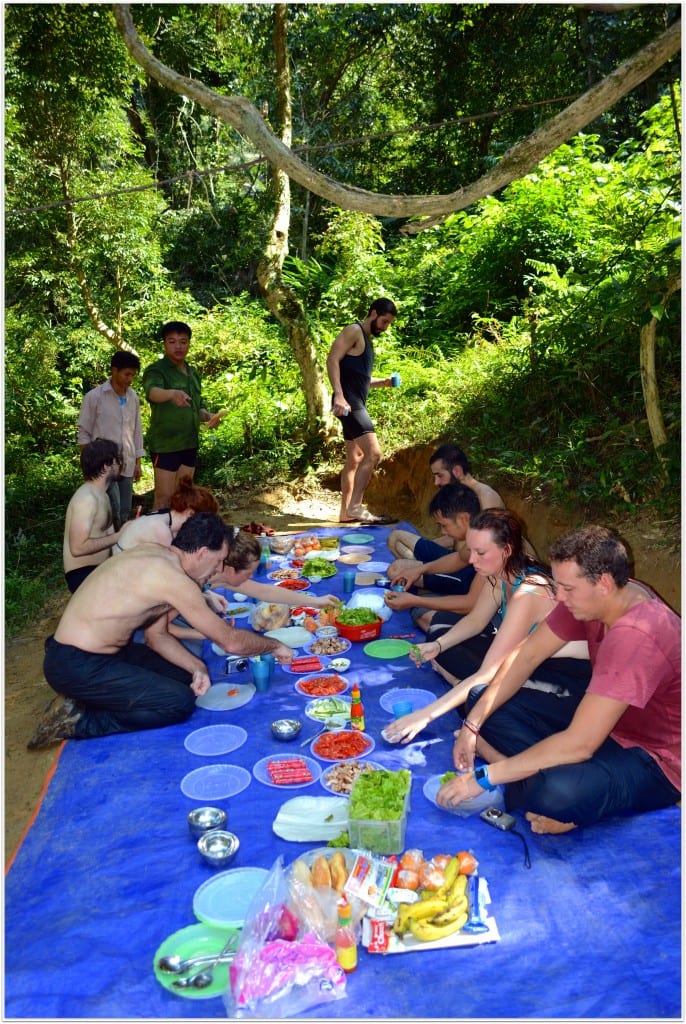 After lunch some swam and while others enjoyed the waterfalls. 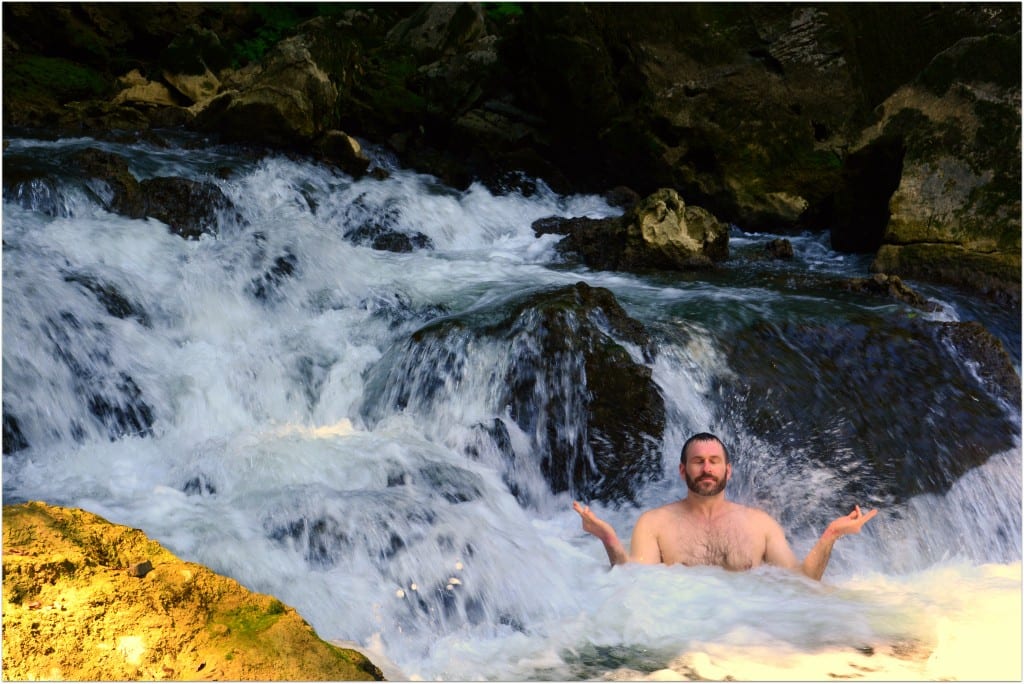 It was a long day, but worth the adventure.

If you’re going to check on the Phong Nha Caves, be prepared for a lengthy hike. If a long hike isn’t for you, pass.

If you’re OK with a long hike, enjoy the view! 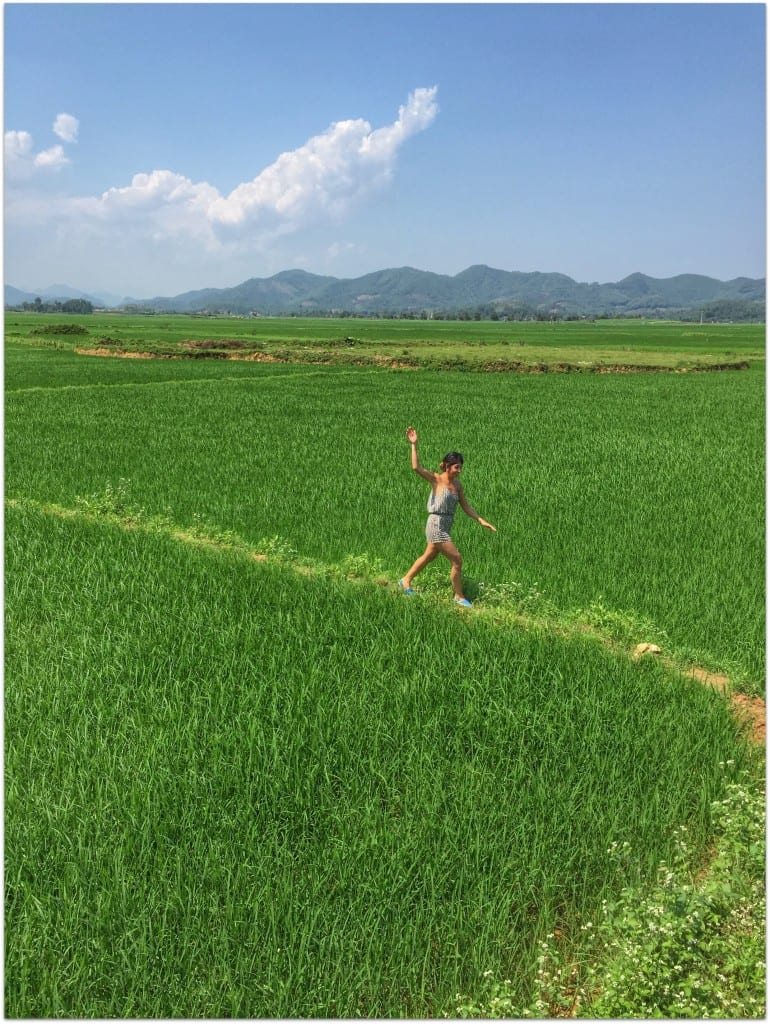 Read next: Motobiking from Huế to Hội An, Vietnam