The indictment against Julian Assange should send chills down the spine of every journalist. As most of what counts as news today isn’t discovered using journalistic methods but instead is reporter’s performing stenography for powerful officials, the media’s reaction to the Assange case is glee.

Why didn't Obama arrest Assange?
He didn't have the benefit of all the media hysteria. There would have been resistance.
Now there is none.

Assange has been charged under the federal conspiracy statue for asking a source to obtain access to a computer in order to obtain classified information. 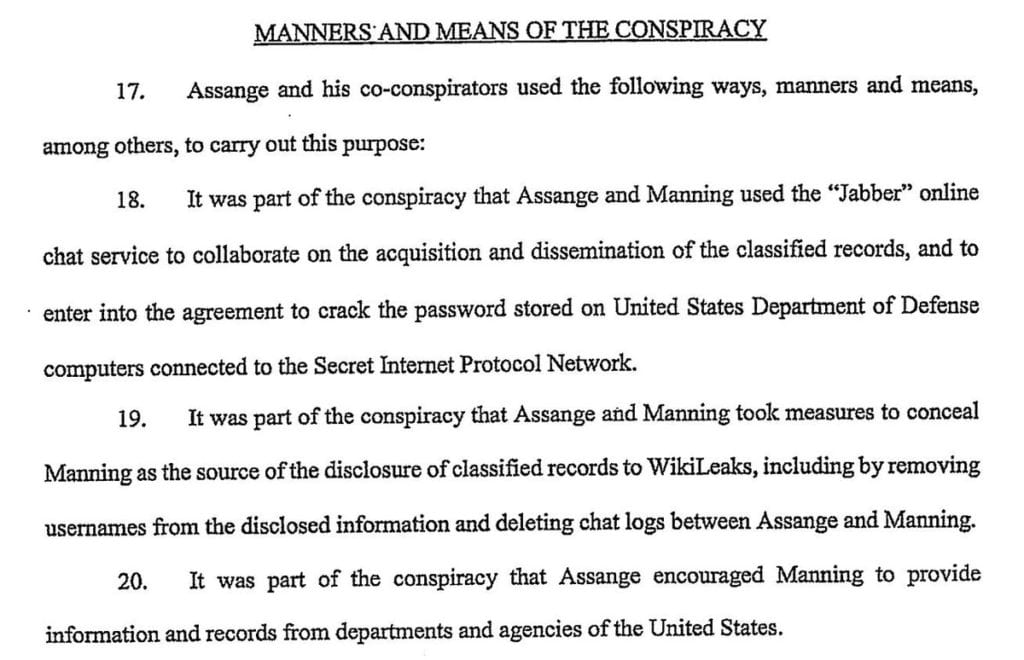 Under the theory alleged against Assange, any reporter who asks a source to obtain classified information has committed a felony under the conspiracy statute.

To their credit, the left-wing Freedom of the Press Foundation has issued a statement speaking out against Assange’s arrest.

Here's our statement at @FreedomofPress about serious press freedom dangers in the charge against Assange.

To fully understand the legal theory being used against Julian Assange, watch this video.

Question to ask about the Julian Assange arrest:

– Where is the proof that Wikileaks hacked the DNC?

– Where is the evidence that Assange cooperated with any foreign power?

– How is what Assange is accused of doing any different from what every national security reporter does?